2019 may have been a new dawn for hope and revolution: Richard Owens in the Financial Post 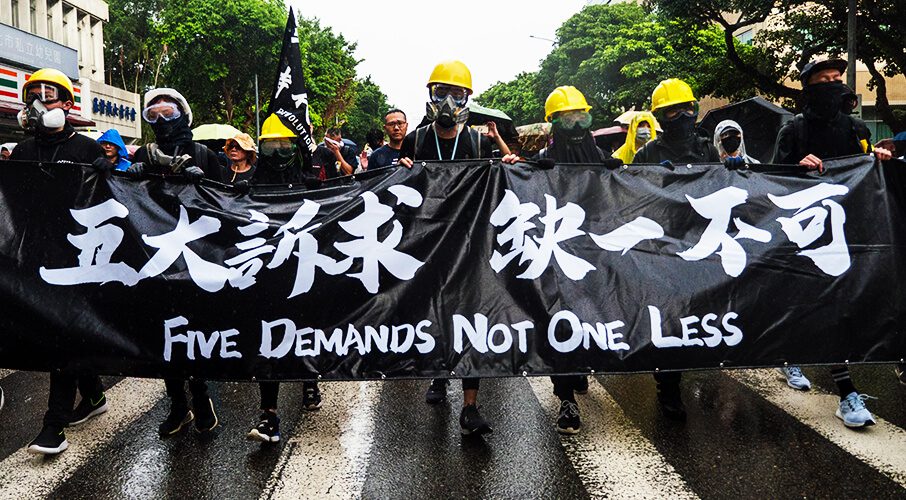 On a grander scale there is much to be grateful for from 2019. Hope and revolution are in the air, writes Richard Owens.

Good things from 2019? Really? After all, we are in the shadow of a Canadian election in which he who actually staged a press event around camping subsidies was re-elected prime minister.

But the weak-minded policies of our federal government will pass. On a grander scale there is much to be grateful for. Hope and revolution are in the air. From Hong Kong to Iran to Iraq to Sudan to Lebanon, people are standing up to exploitative and repressive governments. They are standing up for freedom and dignity and prosperity and education and garbage collection over militaristic expansion and terrorism and sectarianism and Jew-hatred. How can governments stifle these movements? They are not flashes in the pan but inevitable products of cosmopolitan modernity and new communications technologies. And to the extent these movements succeed they will also help stem the currently unmanageable migration flows from these countries.

Local action is abetted, too, by the great advances in non-military enforcement of international law and norms: sanctions and private courts. These non-military “soft power” means are having a great impact. Just ask the Iranian mullahs or Meng Wanzhou. Magnitsky laws are a boon, kettling the brutes and kleptocrats in their own fouled nests.

Our government is cowardly for failing to support these freedom movements. The U.S. isn’t. The people of Hong Kong see that and are immensely grateful to Donald Trump and Americans for, in particular, the recent Hong Kong Human Rights and Democracy Act, which has already drawn criticisms and countermeasures from the Chinese. Would they had reason to be grateful to the Canadian people, too. And may Hong Kong’s courage bring about the end of the Chinese Communist Party!

The People’s Republic of China, the world’s biggest IP thief and overall communofascist nightmare, may finally have exceeded even Canada’s patience and the ability of the complicit Liberals to keep a lid on proper responses to its predations. Huawei got a great start from Nortel intellectual property. The year 2019 saw overwhelming pressure to ban it from Canada’s 5G networks. It would be gratifyingly appropriate were this pressure to bear fruit in 2020.

The middle and working classes are standing up not only against dictators but, closer to home, against the left, too. Donald Trump and Boris Johnson routed the left because the people the left purport to help are on to them. People want the prosperity and freedom of conservative capitalism, not blinkered social control. The lessons of Venezuela (and Cuba and China and North Korea and others) are not lost and neither are the tremendous wealth and jobs gains of the post-Obama years in the U.S. Jeremy Corbyn is an antediluvian, hateful extremist. His candidacy was an existential threat to Britain. He is roundly beaten and gone, and good riddance to him. Finally.

The political pulls of prosperity and freedom and the delegitimization of the left, will, I am optimistic, also lead capitalism away from socially reactionary alliances towards personal freedom and tolerance, including of sexual and reproductive rights. This certainly is the case in Canada and very much a lesson of the Scheer candidacy (learned somewhat unfairly perhaps, but resoundingly taught).

Now the collapsing left tries to scare everyone to death on the climate front, even shamelessly exploiting a child human shield. It is increasingly obvious that science is not on the side of the strident alarmists. Anyway, it’s not about science; it’s about putting sensible people up against the wall and destroying capitalism. To the extent there is a climate change problem and its impacts are negative, the solution is capitalist invention, not central planning. The nearly naked power grab is pushing polite climate skeptics into becoming firm opponents. The Trudeau government policies will be seen for what they are: a fumbled and premature response to badly grasped science and its uncertain impacts.

One of the more Luddite and shameful pieces of environmental activism has long been opposition to genetically modified foods. Opposition to golden rice — rice genetically modified to contain vitamin A so as to help prevent blindness and death in less-developed countries — has prevented its adoption and wreaked tremendous carnage in the developing world. Greenpeace has a lot to answer for. Just recently, the Philippines approved golden rice for cultivation. May this open the floodgates for these miracles of modern science to widely improve the lot of the world’s poor.

And thinking of the poor, since 1958 the proportion of people living in extreme poverty has declined from 60 per cent of the world’s population to less than 10 per cent in 2019. That, ladies and gentlemen, is progress.

Such were gifts from 2019. I plan to bug Santa for an even longer list next year.

Richard C. Owens is a Senior Munk Fellow at the Macdonald-Laurier Institute, adjunct professor at the University of Toronto Faculty of Law and a Toronto lawyer.