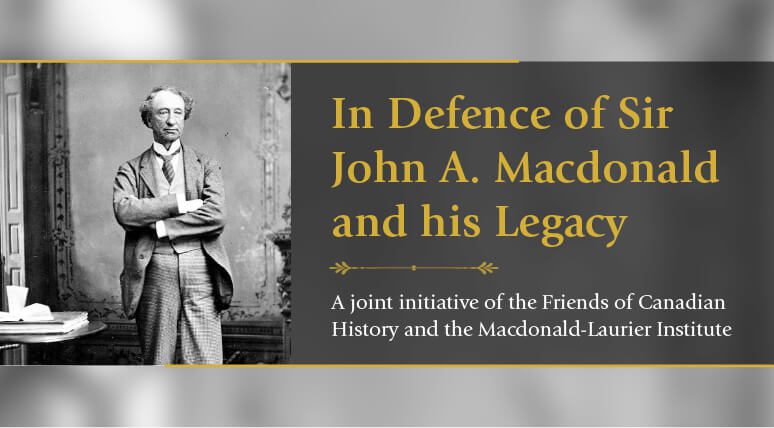 OTTAWA, ON (February 4, 2021): Since launching our Statement in Defence of Sir John A. Macdonald, MLI has been overwhelmed by the outpouring of support. Now, with 2021 marking the 206th anniversary of Macdonald’s birth, 206 historians, policy experts, educators, business leaders, public figures, and thought leaders have signed on to the statement.

In addition, hundreds of other Canadians have signed a petition in support of the statement. To sign on yourself, click this link and fill out the form at the bottom of the page.

“This statement, and MLI’s broader efforts to bring balance to Canadians’ understanding of Macdonald’s legacy, have brought to light an important fact,” says MLI Managing Director Brian Lee Crowley, who expanded on his views in a recently released video. “Canadians deserve to hear the full story of Macdonald and our history. Canadians benefit neither from a whitewashing of that legacy nor a caricature concocted by the most radical elements of ‘woke’ society.”

As MLI has long argued, Macdonald was neither angel nor devil, but a flawed human being who accomplished great things, including the creation of modern Canada. Equally, however, he bears his fair share of responsibility for decisions that, in some cases, had very real and negative effects on our country. Residential schools, the perpetuation of a paternalistic government, and other policies that were particularly harmful to Indigenous peoples have created lasting intergenerational pain and suffering.

The Institute’s statement argues that Macdonald's record should be fully understood before judgments are made about him as a historical figure. This is in contrast to the impossible moral standard of those who advocate the tearing down of statues and erasing of Macdonald’s name from places of honour. As former Senator Murray Sinclair, who chaired Canada’s Truth and Reconciliation Commission, has said, such efforts at erasure are “counterproductive” to true attempts at reconciliation with Indigenous people.

According to Professor Patrice Dutil, one of the many historians who signed the statement, Canadians “clearly appreciate that knowledge of our history is of value, but that understanding of history cannot be marred by the hysteria and radicalism which too-often defines discussions of figures like Macdonald.”

“While presenting a balanced view of history and our historical figures may not elicit the kinds of passions stoked by the tearing down of statues, we are pleased to see that our statement’s call for moderation and nuance has resonated with Canadians far and wide.”