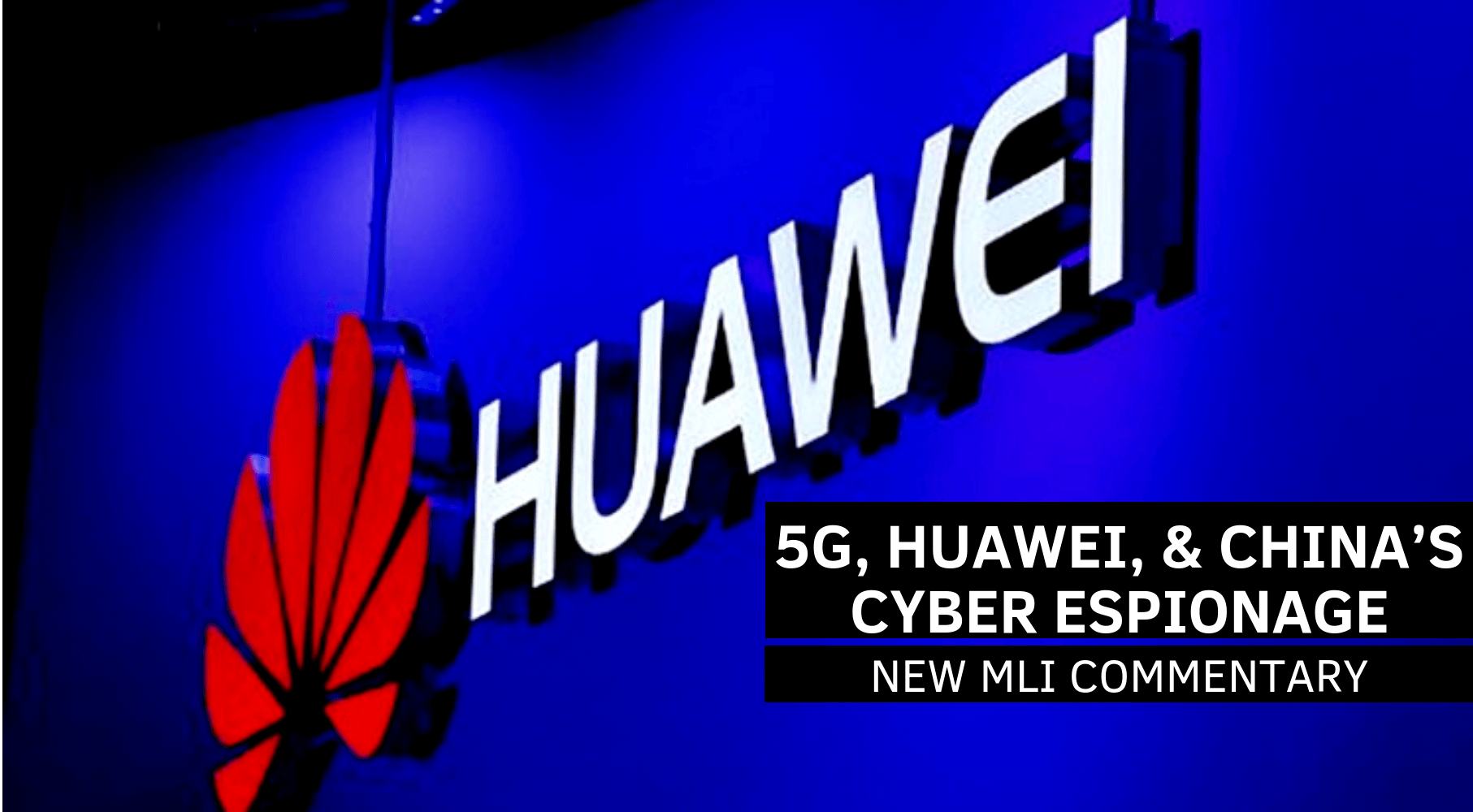 OTTAWA, ON (November 23, 2018): Like much of the world, Canada is entering into a new period of network technology. “Fifth generation” of “5G” is upon us, meaning that Canada will have to chose which industry partners are the best fit for developing the new network.

No company has been more prominent in this process than Chinese telecom giant Huawei. Although well-equipped to provide the hardware, software, and technical support necessary to develop such a system, is there more than meets the eye when it comes to Huawei?

A new MLI commentary dives deep into Chinese Cyber Espionage and the National Security Risks Huawei Poses to 5G Networks. Written by intelligence and defence expert Michael Shoebridge, this commentary unpacks the nature of China’s high-level cyber espionage efforts and how businesses are leveraged to aid and abet the Communist Party.

At the most basic level, the issue lies in the fact that China’s intelligence laws allow Beijing to compel companies like Huawei to assist with state intelligence work. “China has demonstrated an intent to conduct wide-ranging cyber espionage, combined with the legal obligation for organizations and citizens to assist if required,” writes Shoebridge.

This means that “Chinese companies such as Huawei carry additional supply-chain risk compared with companies from countries without a long history of cyber espionage and/or countries without laws that specifically compel cooperation with intelligence agencies.”

Looking at the experiences of our allies and other countries, Shoebridge makes the case that Huawei and other Chinese telecoms such as ZTE are ill-suited to develop 5G networks on the grounds of security. Australia, the UK, and many others have all banned these companies following extensive security reviews.

From systems designed with glaring weaknesses that allowed massive data theft in the African Union, to software that the UK has designated as “not subject to sufficient control,” countries that engage with Huawei quickly learn the security risks that come with the company.

According to Shoebridge, a common thread prevailed as security services began examining Huawei in more depth: “the more [that security agencies] learned, the less confident they were.”

As Canada’s Communications Security Establishment works through their own security review of Huawei, the experiences of our allies should certainly be top of mind.

Shoebridge warns that, in the case of 5G technologies that will increasingly link not just cell phones, but also vehicles, health systems, security cameras, computers, and a wide-range of household devices, there is an extremely real and significant threat associated with cyber espionage and interference. This means that a decision on whether to allow Huawei to have a role in 5G development is equally significant.

“[This] decision is a critical one for the future of Canadian cyber security and the integrity and availability of data to Canadian government agencies, businesses, and people. It’s not about politics, it’s about making the right long-term decision.”

To learn more about Canada’s 5G network and the threats posed by Huawei and Chinese government espionage, read our latest commentary here.

Michael Shoebridge is the Director of the Defence and Strategy program at the Australian Strategic Policy Institute. Michael has worked in policy, intelligence and project delivery in Defence, including as the head of the Defence, Intelligence and Research Coordination Division in the Prime Minister’s department.