There is a 98% chance your lawyer is a sheep: Richard Owens for Inside Policy 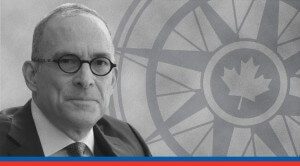 Forced speech breaches section 2 of the Canadian Charter of Rights and Freedoms, which sets out the fundamental freedoms of conscience, thought and belief.  Richard Owens questions how a lawyer can uphold the Charter if he or she blindly obeys the diktat of an organization that infringes it.

You should expect your lawyer to be steadfast in the defence of your rights.  It may surprise you that most Ontario lawyers cannot be bothered to defend their own.

Perhaps you have heard of the infamous SOP—the “Statement of Principles” the Law Society of Ontario (LSO) now expects from each and every one of its members.  On our Annual Report, every lawyer, on pain of suspension, must confirm that she has adopted and abides by a statement that acknowledges her obligation to promote the principles of “equality, diversity and inclusiveness”, which the LSO handily wraps up in the acronym “EDI”.  This report is now being filed.  Moreover, the SOP is the chief issue in the current, and ongoing, election of the governing body of the profession, the Benchers of the LSO.  Many are running chiefly to oppose it.

Are you amazed that the LSO would so casually infringe on the free consciences of its members?  You would be more surprised to know that, according to the LSO, fully 98% of members have complied.  I say, baaah.

Let’s dispense with the obvious.  EDI are good.  Indeed, they are essential; how could any lawyer be true to her obligations of fairness and of obedience to the law were she to discriminate against her sisters and brothers in the profession?

What is truly objectionable is not the principles, but the obligatory concurrence.  The LSO hasn’t merely suggested compliance: it can take away my ability to earn a living as a lawyer if I do not bleat in chorus.  Well, I can’t.  I can’t do something in order to continue to be a lawyer that should disqualify me from being one.  If I will compromise on my right not to be compelled to speak or assert belief, then would I not compromise on my client’s? How could I be trusted?  It goes to the very core of my duty as an advocate for the critical interests of those I serve.

Forced speech breaches section 2 of the Canadian Charter of Rights and Freedoms, which sets out the fundamental freedoms of conscience, thought and belief.  How can I uphold the Charter if I blindly obey the diktat of an organization that infringes it - the very organization that regulates the professionals who are its main bastion of defence?  If I allow my weakness to cloud my conscience by agreeing to the SOP, how can I thereafter be resolute in defence of the conscience of another?  If I compromise on fundamental principles, how can I thereafter be principled?  If I yield my creativity, integrity and privacy to the squeezing hand of power, how can I thereafter regain them?  Or ever again honour the authority that coerced me?

A subtler problem, but scarcely less serious, is that were I to go along, I would help the LSO to bring itself into disrepute.  The basis for the SOP is supposed evidence of systemic bias in the profession.  That evidence is said to be contained in a report based on a survey that, amongst other things, was completed by a mere 6% of members (in itself a problem, to be sure).  There is no credible evidence before the LSO to require this SOP.  Nor, moreover, is there any reason to suppose that to make people squeak when they are squeezed is an effective way to change their behaviour.

In King Lear, Cordelia is of course the loving hero.  She loved her father far more and more genuinely than those who found such love easy to fervently profess; and thereby met a messy end at the hands of arbitrary power. It is not a story in which I take comfort. I have tried to build my career, 30 years as a lawyer, mentor, teacher and researcher (I am no longer in active practice), in fealty to the principles of equity, diversity and inclusiveness.  I believe in them.  It would be an irony were I to lose my status in the profession for failure to swear to my own beliefs.  But like Cordelia I won’t dishonour those beliefs with lip service.  If ultimately I am kicked out for failure to join the chorus, I will feel I am leaving a club of which I no longer can justify being a member.  I would leave with sadness and reluctance.  It is truly a great calling and an honour to be a lawyer.  I hope it will stay that way.

Richard C Owens is a Toronto Lawyer, Munk Senior Fellow of the Macdonald-Laurier Institute, and adjunct professor at the University of Toronto Faculty of Law.  He was proudly called to the Bar of Ontario in 1989.