A guaranteed basic income will be too expensive and bad for economic recovery: Jack Mintz for Inside Policy 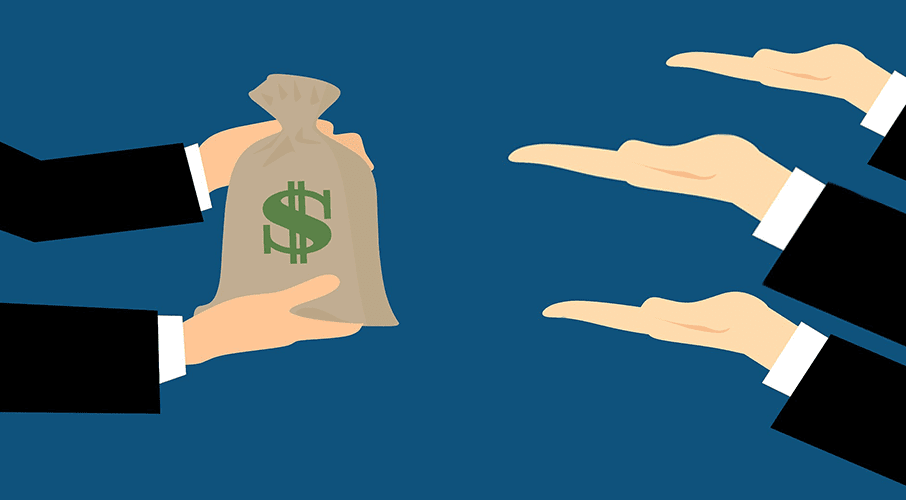 As we begin to recover from this pandemic, the last form of intervention we need is to discourage people from pursuing new opportunities and jobs, writes Jack Mintz.

It was wise for governments to rush out financial support as quickly as possible in wake of this severe downturn as businesses closed down. However, on a permanent basis, a guaranteed minimum income, despite having some good features as explained below, would be inferior to an enhanced wage subsidy program to encourage people to work.

During the pandemic, the federal government crafted two types of temporary support programs.  The Canada Emergency Response Benefit provides a taxable $500 per week for 16 weeks for people laid off from work, equivalent to $14 per hour wage. Of course, for a half-time work, the CERB is equivalent to a $28 per hour wage.

The federal post-secondary student package provides another $1250 per month for four months.  Many complaints were made that this would simply encourage students to slumber on hammocks during the summer rather than work even if some jobs become available. Some post-graduates would have been able to combine this payment with the CERB, resulting in a pretty lucrative income not to work for several months. The federal government is now implementing some less-than-clear measures to eliminate the disincentive to work under this program.

Although jobs are disappearing in wake of economic stay-at-home orders, not all industries are contracting. As related to me by one of the technology companies, they have some new job opportunities that they have been trying to fulfil. However, as soon as the CERB came out, the applicant pool began to disappear. This is not the only case I heard of – many other employers in a similar circumstance started to tell similar stories. Time will tell whether these anecdotal stories are supported by the data.

Before this pandemic, Facebook’s Mark Zuckerberg along with some other captains of Silicon Valley industry last year called for a guaranteed basic income to help workers displaced by the adoption of artificial intelligence, digital processes and robotics. This is not what the history of innovation tells us. Undoubtedly, new technology displaces jobs, but innovation also leads to lower costs and new products, expanding jobs as production rises. Most economic studies have found that net employment increases with innovation over time.

The most challenging issue is trying to shift laid off workers into new occupations rather than leaving them idle. A basic guaranteed income can interfere with these dynamic processes if people do not seek retraining and new opportunities.

The better argument in favour of a guaranteed income is to reduce poverty. The complex assortment of social assistance programs, pensions, housing subsidies, unemployment insurance, targeted benefits and other low-income supports result in an inefficient delivery, high marginal tax rates and costly administration. Surely there must be a simpler way of designing support programs for those in need, under a single stipend.

The idea of a guaranteed income is far from new. In 1516, Thomas More proposed a basic income to reduce robbery, but it was his friend, Johannes Vives, who first proposed a guaranteed income to reduce poverty a decade later. University of Chicago economist and Nobel laureate Milton Friedman made the most revolutionary proposal in 1962, recommending a “negative income tax” as a radical simplification of the welfare state and tax system. Under his scheme, a grant would be provided to each household financed by a flat income tax on personal income, without exemptions or tax credits. Those on the left might prefer a progressive rate schedule but they found Friedman’s guaranteed income as a replacement for welfare programs appealing.

So how would Friedman’s proposal apply to Canada today? Based on 2018 data, federal, provincial and local governments fund over $160 billion in social benefit programs – roughly $12,000 per household (an average household has 2.5 members). Although our income tax is based on individual earnings, I shall start with a family income approach to the guaranteed income similar to the existing income-tested benefit and refundable tax credit programs.

So we could cancel various social-benefit programs such as social assistance, free dental care and drugs, old age security, child benefits, and employment insurance by replacing them with a refundable negative tax credit of $12,000 per household (even those with incomes below that would thus get a refund to top them up to $12,000). One could also throw in Medicare, making it private, which is a fear some have if we took a very broad approach to implementing a guaranteed income plan.

The flat income tax required to pay for it – one covering not only the minimum grant but also covering the remainder of government expenditures net of other taxes (corporate, sales and excise, property and other) would be about $14,000 per household – would need to be levied at a rate of 29 percent. These calculations do not take into account any savings in administrative costs with the cancellation of various welfare programs.

But if we’re alleviating poverty, $12,000 seems below the poverty line for the average household of 2.5 people who have no other income. For what poverty activists consider a “living wage” of $15 per hour – which I will take as an annual payment of $30,000 per household (with either one or two adults – the flat income tax rate would need to rise to 49 percent to balance the books. These personal income tax payments would come to $590 billion enough to cover $420 billion minimum-income payments (at about a fifth of GDP) and the rest of the public expenditure.

As appealing as it seems, Friedman’s negative income tax is not so simple to implement. Obviously, minimum payments would need to recognize different households’ characteristics. Single individuals would get less than those families with multiple adults and children. Households with a disabled parent or child should be given more to cover additional costs. Those temporarily out of work, after earning a higher income, might need replacement income that would be significantly above the minimum payment. So, once we start differentiating people by their needs, we get back too many current programs – and the bureaucracy – to determine eligibility for various benefit payments.

Nor is it clear voters would support the elimination of, tuition tax credits, property tax and rent credits, pension and RRSP deductions, age credits, refundable GST tax credits and other targeted relief measures, which all play a role in social policy. And if voters dislike a flat rate, a much higher marginal tax rate would be needed than 49 percent to make up for special preferences. But such high marginal tax rates would discourage work, saving and risk-taking, ultimately eroding the ability for an economy to sustain a guaranteed income.

The idea of just giving out cash to relieve poverty also raises eyebrows for many voters who have to pay tax on their earnings from work. And there’s the unknown labour-supply effect: how many recipients might choose to stay at home, receiving $30,000 cheques, rather than work? That’s why many economists concerned about the working poor prefer wage subsidies instead of just handing cash to otherwise able workers. And cash alone isn’t a panacea for helping all low-income families: we would still need professionals to support those with mental or other health issues, social problems or who lack the basic skills to contend with daily life.

As we begin to recover from this pandemic, the last form of intervention we need is to discourage people from pursuing new opportunities and jobs that will eventually become available. That is a lesson so far from the grand experiment we had to adopt in a hurry to help many people survive a severe recession. While necessary in the short term, if the federal government were to heed calls to continue this policy on a permanent basis it could disrupt recovery for years to come.

Jack Mintz is a distinguished fellow at the Macdonald-Laurier Institute and President’s Fellow of the School of Public Policy at the University of Calgary.