A new US front in the war on the oil sands: Joseph Quesnel for Inside Policy 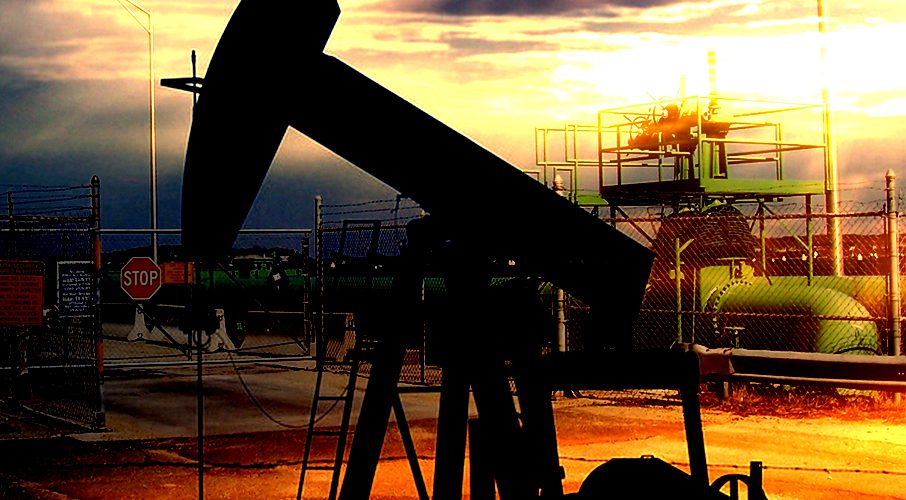 More Canadians should be paying attention to an American court case that will decide whether Canadian oil producers can get desperately needed access to global markets, writes Joseph Quesnel.

With all the fuss about Canada’s inability to build major pipeline projects, it’s surprising so little attention has been paid to a US circuit court case that could give Canada the access to world oil markets it so desperately needs.

Given intense environmentalist interest in this case, this is clearly part of a larger war they are fighting to prevent “dirty” Canadian energy from travelling through the United States in order to reach global markets. This is not actually reducing global carbon emissions and is only costing the Canadian economy.

The First US Circuit Court of Appeals in Boston will decide, likely sometime this fall, if South Portland, Maine can pass a local ordinance prohibiting the bulk loading of crude oil tankers in the city’s port. The ordinance effectively ended one company’s plans to reverse the flow from an underutilized pipeline between Portland and Montreal and bring Canadian oil to tidewater.

The circuit court is hearing an appeal of a 2018 district court ruling that the local ordinance did not violate the US Constitution, which specifies Congress has sole power over foreign and interstate trade and commerce. Quite clearly, this battle over how to interpret federal powers in the United States could have serious ramifications for Canadian energy producers.

Evidence shown in court points to this case being part of a larger regional campaign to limit Canadian oil sands imports in the United States. Environmentalists supporting South Portland’s efforts are hoping other communities will join in.

Leaders of the American energy industry – as well as other industries such as mining and manufacturing – believe this environmentalist campaign will shortcut American commerce and interfere with the federal government’s ability to conduct business with Canada, and for the federal government itself to set national energy policy. American energy business associations submitted a brief in the first case, highlighting how they believed this ordinance opened the door to an impermissible patchwork of local restraints that would impede commerce, or as they put it: “If every locality traversed by an existing or proposed pipeline project were empowered to enact similar ordinances to prevent the operation of that pipeline through its boundaries, pipeline commerce could come to a halt.”

What does this mean for Canada? After the defeat of the Energy East project, Canadian energy producers are still desperate to tap into global markets and overcome the price differential that has plagued Canadian oil for the last several years. According to Oil Sands Magazine, in 2018 alone, the Canadian energy sector lost $20.6 billion in foregone revenues due to the dramatic discount for Canadian crude compared to the world price for oil.

And despite the recent approval of the Trans Mountain pipeline expansion project by federal cabinet, the project won’t begin production overnight.

The Portland-Montreal Pipeline presents one of the best opportunities to transport oil from Canada to the United States and out to tidewater. It has been sending Venezuelan and other foreign crudes to eastern Canadian refineries since 1941. At its height, it sent about 600,000 barrels-per-day. 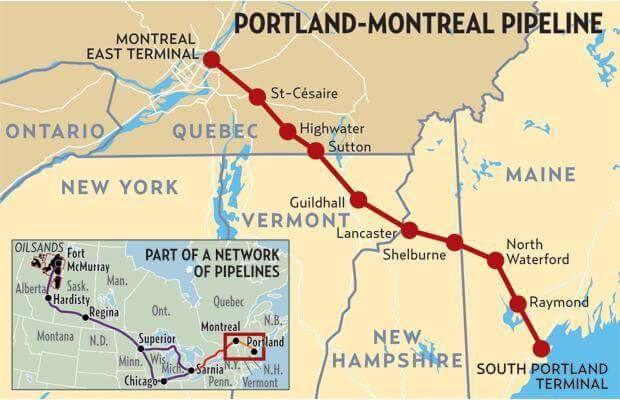 Unfortunately, since 2016, this 378-kilometre pipeline has been unused. The company transports limited volumes of crude to keep the pipeline “wet.” The system has become underutilized because US crude has been increasingly replacing foreign supplies in eastern refineries.

Efforts to reverse the pipeline flow were approved in 2009 and in 2012 by the South Portland Planning Board. However, upon learning about the company’s plans, the city council of South Portland, Maine sought to thwart them by introducing and passing a so-called Clear Skies Ordinance in July 2014. Ostensibly to protect local air quality, the local ordinance prohibited the bulk loading of crude oil tankers in South Portland, a measure the community took when they realized they could not outright prohibit pipelines.

The lawyers for the pipeline company presented clear evidence that the ordinance was part of a co-ordinated regional campaign by environmental groups to stop oil from the Canadian oil sands from reaching global markets.

This case stands in contrast to events in Burnaby, British Columbia, where local activists and environmental activists tried to use local bylaws to prevent Kinder Morgan from constructing Trans Mountain. In that case, the National Energy Board ruled these bylaws unconstitutional, finding they interfered with federal jurisdiction over inter-provincial pipelines. The Supreme Court of Canada declined to even hear the case in 2018.

Environmentalist groups were also very open about their aims after the ruling. One local group called Protect South Portland listed the following as their top achievement on their website: “Mobilized community opposition to bringing dirty tar sands oil through our local pipeline to be exported through our port.”

The environmentalist media were also ecstatic about the ruling, with Inside Climate News presenting the following headline about the ruling: “South Portland’s Tar Sands Ban Upheld in ‘David vs. Goliath’ Pipeline Battle.”

Calling the ordinance a “tar sands ban” was informative given that in court South Portland city officials argued the ordinance was about protecting local air quality and the health of residents, even though these matters were handled by other laws and regulations.

The piece by Inside Climate News was also transparent about the goal here: “Provided the ruling survives an appeal, it slams the door on a significant plan to ship Canadian tar sands oil, one of the most carbon-intensive fuels on the planet, to the East Coast for export to international markets, and it could offer a guide for other communities to block energy projects.”

Clearly, this ruling will have implication for other US communities and could yet again present a major obstacle for Canadian energy producers hoping to export oil and gas to international markets.

Canadian energy producers need to get their exports to markets outside the United States. With the failure of the Energy East project to take off, producers are running out of options.

The Portland-Montreal reversal project offers another opportunity for our exports via Eastern Canada. Producers will be closely watching the circuit court’s ruling. Accessing global markets for our energy producers is in our national interest, so all Canadians should care how this ruling goes. We need more open doors for our energy exports, not more doors closed in our faces.