Airlines an exception to Canada’s traditional advantage in transportation: Philip Cross in The Hill Times 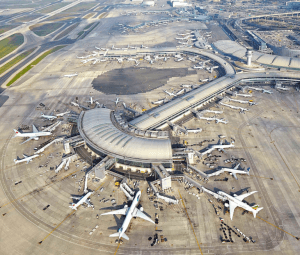 Canada should be encouraging the airline industry to compete on the international stage instead of hiding behind protectionist walls that encourage poor and inefficient service to the domestic market, writes Philip Cross.

From the days the voyageurs traversed the continent by canoe, by necessity Canada’s immense territory has forced us to develop a superior transportation network. In the 19th century the Cunard Line operating out of Halifax was a leader in transatlantic ocean voyages. Two of the five leading railroad conglomerates in North America today are based in Canada, building on the expertise of CN and CP in operating transcontinental railroads. Canada has parlayed its experience in transporting oil and gas by pipeline into sizeable inroads in the North American market. Conquering long distances is an area where Canada excels.

However, airlines have proved an exception to Canada’s traditional advantage in transportation. While airlines provide rapid transport across Canada’s enormous distances, spreading their high-fixed costs across a small and spread-out customer base has proved difficult for business firms to sustain, outside of niche markets such as bush planes.

Compounding this basic challenge, the government has intervened either indirectly by regulating industry operations in detail or directly through its ownership and ongoing support of Air Canada.These interventions were often made with the dubious justification of national security and, like the Post Office, the perceived necessity of providing money-losing service to remote communities. We have never allowed airlines to function strictly as a business. In return for exclusive control of the domestic market, Canadian airlines sacrificed access to the international market.

The result of ongoing and extensive government interventions in the airline industry has been unsatisfactory for both companies and consumers and costly for taxpayers. Airlines have never been able to develop a sustainable business model, especially during periods when fuel costs were high. All Canada’s major airlines at one time or another have gone broke. Customers are saddled with high fares, fees and taxes, often driving them to fly out of border towns in the U.S. to save money on international flights. Service on airlines is poor, the inevitable result of the lack of competition in a small market with large barriers to new entrants.

Since the current state of the airline industry is producing unsatisfactory results for most Canadians, why is government reluctant to consider a different approach? The basic model of airlines today is not fundamentally different from other modes of transportation: packing into a steel tube as many passengers as the laws of physics permit and then moving them safely and efficiently to different cities.

If Canadian companies can succeed in most areas of transportation, why not airlines?

The largest airlines in the world today are players in flying between the key markets in the U.S., Europe and Asia; the Canadian market is an afterthought. However, several nations with small populations have succeeded in the highly-competitive global airline industry, such as Singapore and Qatar. They thrived not by serving a small, highly regulated domestic market insulated from international competition, but by establishing a unique brand in the international market.

As is often the case with heavily-regulated industries, there are many vested interests in Canada’s airline sector that resist change. Airline unions have blocked some takeovers in the industry because of the perceived threat to defined benefit pension plans, long abandoned by almost every other industry because they are prohibitively expensive in an era of low interest rates. Saddled with high costs, airline companies rely on governments to insulate them from more competition. Meanwhile, the civil servants who oversee airline regulation rely on the perpetuation of regulation for their positions and perks.

All this self-interest ignores the high cost of flying to Canadians. This reduces the well-being of pleasure travellers, curbs the cost effectiveness of businesses that rely on air transport and limits the growth of the airline industry itself.

Like our other regulated industries such as banking, dairy and telecommunications, Canada should be encouraging the airline industry to compete on the international stage instead of hiding behind protectionist walls that encourage poor and inefficient service to the domestic market. The result would be better, cheaper service for Canadians, stronger companies built on Canada’s traditional strength in long distance transport rather than handouts from government, and a richer and more confident.