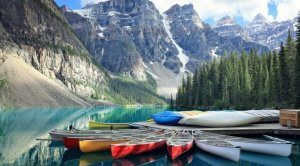 Alberta has demonstrated ability to rebound from setbacks through innovation and entrepreneurship, writes Philip Cross in the Financial Post. Below is an excerpt from the article which can be read in full here.

Alberta’s economy experienced two interrelated shocks in 2020, as the pandemic sweeping the world also led to plummeting prices for crude oil and natural gas. Dealing with this shock was complicated by the pandemic closing large parts of the rest of the economy. The recovery of the oil and gas industry is made more difficult by the price discount on Alberta’s oil because of continuing regulatory restrictions on its access to markets. Meanwhile, Alberta’s record budget deficit limits the scope for government stimulus going forward. The unprecedented scale of all these challenges will test Alberta’s ability to adapt and innovate.

But, as my recent study for the University of Calgary’s School of Public Policy found, there are several reasons to believe that Alberta has the policies and cultural values that encourage innovation and entrepreneurship and drive long-run economic growth. Alberta’s cultivation of entrepreneurial values is reflected in above-average rates of firm entry and exit. Its highly cyclical economy means it has always had to adapt to new and changing circumstances, something its labour force now does particularly well. Alberta is the province most open to trade and deploys fewer regulations to protect incumbent firms, forcing businesses to innovate in order to survive and thrive.