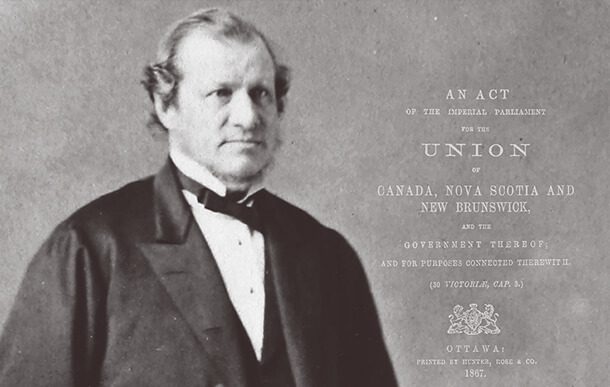 OTTAWA, April 19, 2017 – The Macdonald-Laurier Institute is pleased to showcase the third paper of its Confederation Series, written by Munk Senior Fellow Alastair Gillespie.

With an introduction by former Prime Minister Paul Martin, this paper examines Alexander Galt’s role in the birth of Confederation as a pioneering Canadian federalist, introducing the federation resolutions of 1858, and helping form the first Canadian government committed to the cause of Confederation.

Galt saw federation as the answer to the fundamental structural flaw of the old Union of Upper and Lower Canada – with no division of powers, the two sections of the provinces increasingly came into conflict, exacerbated by cultural, linguistic and religious differences. When some called for the Union to be dissolved, Galt’s federation resolutions called for more diversity, not less, arguing that a formal division of powers would release sectional conflicts, and provide a platform for expansion to the Pacific Coast.

As leader of the English-speaking minority of Lower Canada, Galt worked closely with George-Étienne Cartier to secure the rights of his community alongside the French-Canadian majority – helping bring Quebec into Confederation as a united community. As Gillespie notes, “the protection of minority rights was at the heart of the Canadian founding.”

Having introduced his resolutions as a mere backbencher, Galt joined the Cartier-Macdonald government of 1858 as finance minister, and federation became government policy for the first time. He travelled to London with Cartier as part of an official delegation, authoring a key dispatch to the British Government admitting “very grave difficulties” in the government of Canada, and sketching out the division of powers that still underpins the Constitution today.

When Confederation was revived in 1864, Galt became the government’s chief spokesman, delivering the official case for confederation in his monumental Speech on the Proposed Union of the British North American Provinces, available to read here.

As Canada’s finance minister, Galt made the economic case for federation – designing the financial terms of union, and calling for a single national marketplace and internal free trade. This promise remains imperfectly fulfilled, with the 2017 Canada Free Trade Agreement still representing at best an incremental step in the right direction.

Fundamentally an “ideas man,” Galt was an early believer in Canadian independence – paying a political price for advocating that Canada must be prepared to go it alone. Galt’s federalist advocacy reinforces a key message of the Confederation Series: that Confederation was made-in-Canada, for Canadians and by Canadians. Canadians today will recognize Galt’s claim that diversity is a source of strength.

The Galt paper will be followed (in order) by papers on Thomas D’Arcy McGee and Sir John A. Macdonald.

To support the Confederation Series, MLI established The Confederation Project, an online resource to publish and collect the speeches featured in the papers. Alexander Galt’s Speech on the Proposed Union of the North American Provinces from 1864 can be downloaded here. Other speeches are also available on the Project webpage, with additional ones to be released over the next few weeks.