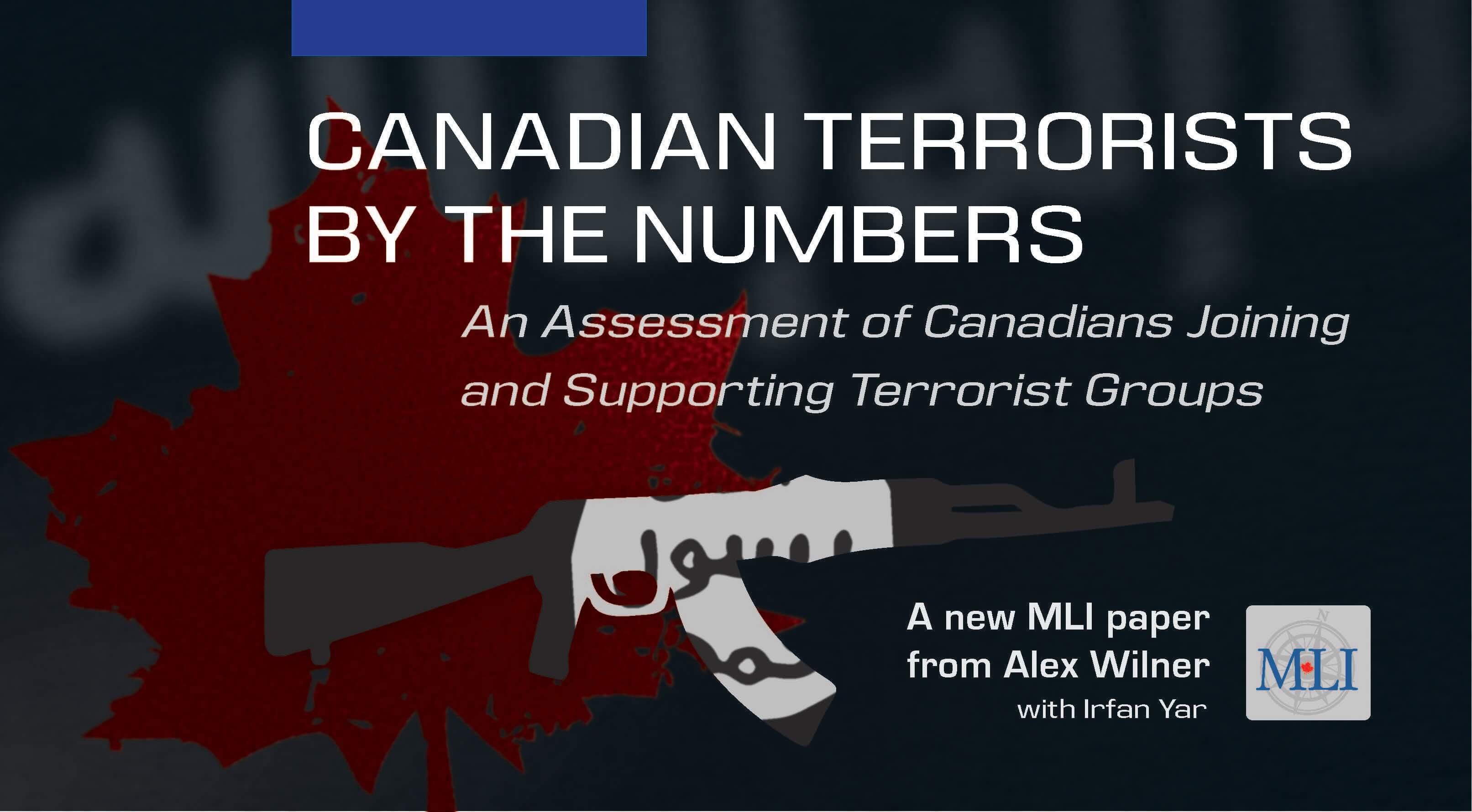 OTTAWA, ON (April 9, 2019): With ISIS facing complete collapse, Canada is now forced to deal with an uncomfortable reality; there are Canadians who joined or supported movements such as ISIS and Al-Qaeda who are coming home or are already here.

What do we know about these individuals? Who are they, and how many are living here? And, by better understanding those things, what can we glean about the process of Islamist radicalization in Canada?

MLI Munk Senior Fellow Alex Wilner, with MLI research intern Irfan Yar, sets out to answer these questions and more in a new report titled Canadian Terrorists by the Numbers: An Assessment of Canadians Joining and Supporting Terrorist Groups. Wilner has developed a dataset of Canadian Islamist radicalization in order to provide a detailed sketch of individuals suspected of having facilitated, sponsored, or participated in terrorism between 2006 and 2017.

Using open sources, the authors were able to find “95 individuals with a nexus to Canada who have, or are suspected of having, radicalized, mobilized, and/or participated in Islamist terrorist activity between 2006 and 2017.”

The report takes a deep dive into the existing literature and data on European and US radicalization, examining both the contemporary and historical trends when it comes to jihadist activity. They find that factors pushing individuals toward radicalization include the difficulty of minority groups properly integrating into Western society, friendship or family bonds, and poor education outcomes.

But Canada is not Europe and Canadian radicals have their own characteristics.

“The backgrounds of Canadians involved in these activities are also equally distinct from Europeans,” the authors explain. “The dataset shows that Canadian profiles had significantly higher educational attainment, less criminal convictions prior to their involvement in political violence, and were on average slightly older than their counterparts in Europe.” 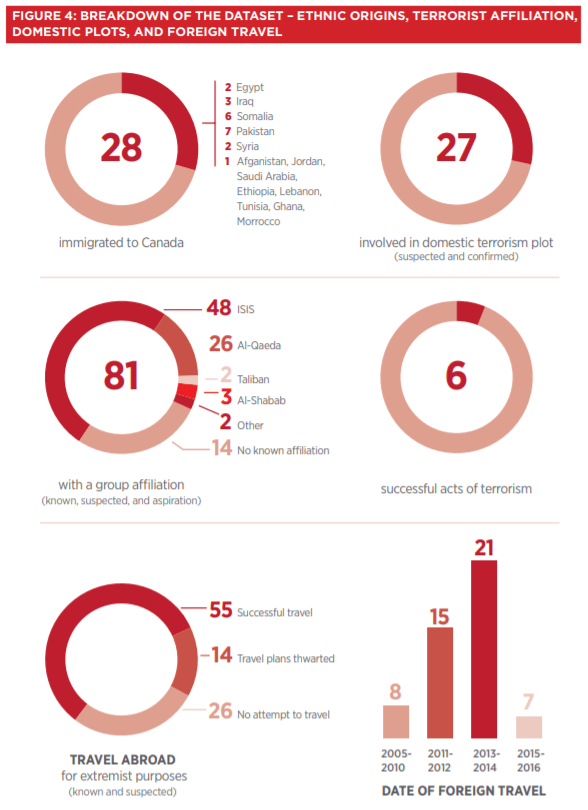 To put it another way, there are “uniquely Canadian markers that feed into our national experience of Islamist radicalization and terrorism, while also shedding light on larger, global trends that inform and influence developments in Canada.”

Some of these uniquely Canadian markers include:

While this report is not intended to be prescriptive in terms of policy, it does map out what the next steps ought to be for policy-makers who are interested in improving counter-radicalization strategies. The authors suggest that the dataset should be updated, expanded, and that this sort of effort should be replicated when it comes to better understanding other radicalized political ideologies, such as far-right or white nationalist terrorists.

“Having identified the Canadian and foreign characteristics of Islamist radicalization and political violence, a comparative historical study of Canadian, European, and US counterterrorism and counter-radicalization strategies, approaches, and policies should be conducted next. Such a study would highlight how different states tackle commonly shared concerns and challenges, and help unearth best practices along the way.”

To learn more about the unique Canadian markers of Islamist radicalization in Canada, check out our latest paper here.