Australia’s pricing plan for universities aims to funnel students into select programs. But it might not be enough: Linda Nazareth in the Globe and Mail 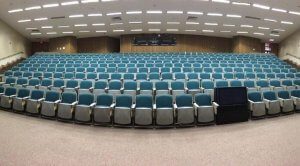 It is certainly a good thing that governments want to make the school-to-work transition as easy as possible, but that might call for more complicated solutions than simply changing the pricing on different fields of education, writes Linda Nazareth.

If you want to get people to eat more apples and fewer oranges, what should you do? One answer is to reduce the price of apples and raise the price of oranges. Sure, some die-hard citrus fans will still choose the oranges, but many will look at the price differential and grab a red delicious instead. Adjusting prices is a simple strategy, and often works. And if it works for fruit, it must work for education, right?

That seems to be the view of Australia’s government, which recently announced a plan to tweak the prices of different postsecondary programs to get students into those they deem the most important for the country’s future. Are they right, and should other countries be trying the same thing?

The plan to adjust tuitions is part of a larger shakeup to Australia’s education strategy unveiled in June. One of the ideas behind it is to create a labour force with the right skills, and more importantly, with the right skills to avoid unemployment, which Australia’s Education Ministry concedes could be a huge problem in the postpandemic economy. So, somehow the strategy was crafted: The cost of studying a clutch of subjects, including math, science, health, environmental science and architecture, will be headed down, while the cost of less market-friendly subjects will rise.

Fees for science-related courses, for example, will decline by 20 per cent, with dips of more than 60 per cent for some programs, such as math and agriculture. On the flip side, the price of getting a degree in law or commerce will rise by 28 per cent, while the fees for people planning to study humanities will double.

The Australian approach seems to be the opposite of the one adopted in Canada, where the most job-specific university programs are also the most expensive. According to Statistics Canada, in the 2019-20 academic year, the highest-priced program in the country was dentistry, with an average tuition of $21,717. Medicine, law, optometry and pharmacy were not far behind. Engineering is a comparative bargain at $8,000 a year on average, as is veterinary medicine at $7,878, but both are more expensive than visual and performing arts ($5,770 a year) or humanities ($5,542). Presumably, the pricing has something to do with the supply and demand for programs (prospective dentistry students compete for a relatively small number of places) as well as perhaps a tacit understanding that the job-ready streams will most easily pay back the tuition in earnings.

So which is the correct strategy, or should education and labour market outcomes be linked at all? The answer to the latter is presumably, “Yes,” but the way to do that might be more complicated than just filling chairs in certain programs. According to a 2016 global survey of chief human resources and strategy officers done by the World Economic Forum, the most sought-after employment skills were seen to be complex problem-solving, critical thinking, creativity, people management, co-ordinating with others and emotional intelligence, none of which are correlated to a specific field of study. Which is not to say that we do not need people to train as nurses or engineers, but rather that we need a lot more than that as well.

Of course, there is also the issue of whether changing prices actually makes much difference when we are talking about education. Choosing a career or even what you study for four years is not the same thing as picking out fruit. A student set on studying engineering or history is not likely to pivot course because the cost of one or the other has been adjusted. That said, one of the criticisms of the Australian plan is that lower-income students may be the ones influenced by the tuition costs and be swayed into more practical fields if they are more budget friendly. It is a legitimate argument, but it could also be said that someone in that position was probably already thinking in more practical terms, particularly when looking ahead to the postpandemic economy.

And indeed, that postpandemic economy may not be a welcoming one for younger workers, who already suffer from higher unemployment rates and are more likely to be stuck with part-time, gig economy work or temporary jobs.

Things are likely to improve after the pandemic, but it will be a difficult path back for many. In these circumstances, it is certainly a good thing that governments want to make the school-to-work transition as easy as possible, but that might call for more complicated solutions than simply changing the price stickers on different fields of education.