Aviation rep living in Canada should be investigated for war crimes: Sarah Teich and Ali Gorji in iPolitics 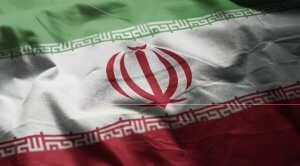 As a show of solidarity with the victims of flight PS752 and their families, Canada can, and should, declare Farhad Parvaresh a persona non grata under the Vienna Convention on Diplomatic Relations, write Sarah Teich and Ali Gorji in iPolitics. Below is an excerpt from the article, which can be read in full here.

A man who may be complicit in war crimes perpetrated in Syria is not only living in Montreal; he’s Iran’s permanent representative to the International Civil Aviation Organization.

Before Farhad Parvaresh was appointed to the International Civil Aviation Organization (ICAO), he was the chief executive of Iran Air. In a leaked — and now widely distributed — audio file recorded on Feb. 24, Iranian Minister of Foreign Affairs Mohammad Javad Zarif tells his interviewer that the Islamic Revolutionary Guard Corps (IRGC) Quds Force used Iran Air to travel to Syria in 2016 — with Parvaresh’s knowledge and permission.

The IRGC Quds Force is a listed terrorist entity under the Canadian Criminal Code. It specializes in foreign missions and provides training, funding, and weapons to extremist groups and militaries outside of Iran, including in Syria, where the force was deeply involved in funding and fighting alongside the Bashar al-Assad regime. The al-Assad regime is accused of engaging in war crimes and crimes against humanity against Syrian civilians.

This connection with the IRGC Quds Force and its support of al-Assad’s butchery could make Iran Air — and Parvaresh, specifically — complicit in some of the war crimes and crimes against humanity committed against the Syrian people. It may be possible to infer, from the IRGC’s admitted involvement in the conflict and its use of Iran Air to increase travel to Syria in 2016, that the Quds Force was using Iran Air to transport IRGC personnel and/or weapons to Syria, and that Parvaresh was complicit in this.

***TO READ THE FULL ARTICLE, VISIT THE IPOLITICS HERE***