How to Avoid Failure in Building Societal Resilience Against Disinformation and Subversion: Policy Brief by Balkan Devlen 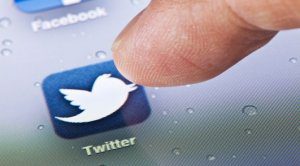 Building resilience is an ongoing process that requires a whole-of-society approach. It also starts by putting our house in order to make it less exposed to foreign attempts at subversion, writes Balkan Devlen. This policy brief is based on a workshop organized by the Macdonald-Laurier Institute, with support from the NATO Public Diplomacy Division.

What could lead to the failure of building societal resilience, especially against disinformation and subversion campaigns targeting the very fabric of our societies? What can we do to decrease the likelihood of such a failure?

The Macdonald-Laurier Institute, with support from the NATO Public Diplomacy Division, organized an online workshop that brought together experts across the globe on December 12, 2020 to explore these questions.[1] Using the prospective hindsight method, the experts explored positive and negative futures of our efforts to build a resilient society in the face of a growing number of threats, from disinformation to cyberattacks, from corruption to political polarization.[2] Based on those discussions, in this policy brief I suggest five critical failure points that we have to be aware of in building a resilient society and I offer policy recommendations that will decrease the probability of such a failure happening.[3]

1. Failure of the media – both traditional and social – to deal with disinformation.

All media organizations, from traditional brick and mortar newspapers to social media giants are struggling with the flood of disinformation in the past several years. This firehose of disinformation threatens to overwhelm our mediascape and overload society’s collective cognitive capacity to separate fact from fiction. It also undermines citizens’ trust in the media, thus feeding into a vicious circle of disinformation and mistrust, further subverting societal cohesion. Therefore, it is imperative to find ways to reverse this trend if we are to avoid this failure point and build a more resilient society. Building trust between media and the society and disrupting the ability of  malicious actors to spread disinformation are key to this process. What follows are some of the policy suggestions that emerged from discussions at the workshop.

2. Failure to prevent elite capture and co-optation by our adversaries.

For any attempt of outside subversion to be successful, it is necessary to infiltrate and co-opt parts of the political, economic, and cultural elites of the target society. Elite capture and co-optation weaken society’s reflexes to counter subversion attempts, destroys trust between the public and the elites, and hampers efforts to build a resilient society. Corruption, provision of economic benefits or rents (to individuals or organizations), and recruitment of agents of influence are the primary mechanisms of elite capture and co-optation.

3. Failure to integrate the public and private sector into the process of building resilience.

Building resilience is a whole-of-society effort. It cannot be a “created-by-the- bureaucracy and implemented top-down” policy. Doing so is not only suitable in a democratic society but also creates a mirage of being resilient without actually delivering on that promise. Citizenry, civil society, and the private sector need to be involved at every step, from planning to implementation to oversight and accountability. Such a process will also lead to a more robust approach to resilience that is less likely to have a single point of failure.

4. Failure to cope with social and political polarization.

Social and political polarization, deepened and intensified by disinformation operations and foreign subversion are at the heart of the “wicked problem” of how to build a resilient society. Not only do adversaries such as Russia and China try to further polarize Western societies but so do extremist groups, from cults like QAnon to jihadist organization to white supremacists. These groups leverage conspiracy theories to destabilize democratic institutions and sow mistrust and suspicion among the public. Political entrepreneurs on the far left and far right build on this discontent and polarization to carve out electoral niches that further fragment the public discourse and undermine social cohesion. In other words, failing to arrest the polarization of society will eventually undermine any effort to build resilience.

5. Failure to deter subversion by adversaries – principally China and Russia.

Russia and China are waging political warfare against the West using all the tools available to them short of outright use of force, from disinformation campaigns to cyberattacks, from economic coercion to elite capture through corruption. Building a resilient society requires deterring and countering these attempts to weaken our societies and subvert democratic institutions. In other words, not only do we need to deter by denial by making our societies less susceptible to subversion but also we need to deter by punishment by imposing economic and political costs for waging political warfare against us.

Building resilience is an ongoing process that requires a whole-of-society approach. It also starts by putting our house in order to make it less exposed to foreign attempts at subversion. Fundamentally, foreign actors exploit and exaggerate tensions and fractures within our societies but seldom create them out of thin air. Thus, we need a concerted effort that includes civil society, the private sector, the media, and government to mend those fractures and heal divisions. Such an effort requires intellectual humility, a willingness to listen to a diverse set of voices, and a recognition that the values that unite the Transatlantic community (rule of law, democracy, human rights, and civil and political freedoms) are worth defending.

Balkan Devlen is a senior fellow with the Macdonald-Laurier Institute.

[1] The experts that took part in the workshop are: J. Michael Cole (MLI), Marcus Kolga (MLI), Balkan Devlen (MLI), Hanna Shelest (Ukraine Analytica), Elisabeth Braw (AEI), and Tatiana Coutto (Sciences Po - Paris). The participants would like to thank MLI research intern Robyn Boucher for assistance with the workshop and with drafting this policy brief based on the discussion. The workshop was supported by NATO Public Diplomacy Division.

[2] Prospective hindsight includes methods such as pre-mortems and backcasting and is designed to provide us with roadmaps to both success and failure, while forcing us to sharpen our focus on what can be done to increase the chance of success while decreasing the probability of failure. Pre-mortem is a technique in which the organization/actor envisions a future where the desired goals/end-states failed to materialize. Taking this hypothetical end-state as given, it is then explored why and how one failed to achieve the desired end-state. Backcasting is the opposite of pre-mortem. In backcasting, we assume that we reached our stated goals and we “look back” from that vantage point to identify what we did right and how we get to where we are.

[3] Although I strived to reflect the extensive discussions that took place during the workshop, the experts that took part in the workshop are not responsible for the contents of this policy brief.