The Ayatollah empire is rotting away: Edward Luttwak in the Tablet 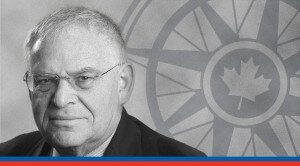 Ronald Reagan, who outraged the Washington elite and frightened European leaders by flatly refusing coexistence with the Soviet Union, lived to see its sudden decline and fall. There is a fair chance that Donald Trump, who contradicts Barack Obama and Europe’s leaders by refusing coexistence with Iran’s ayatollah empire, will also have the satisfaction of seeing the dissolution of a regime that Obama among many others preferred to accommodate.

Whether or not this past weekend’s mass demonstrations in Iran will spread, whether a second revolution is imminent or not, the numbers for the ayatollah empire just don’t add up. A breakdown is materially inevitable.

With some 80 million people, and with oil accounting for 80 percent of its exports, Iran would need to export some 25 million barrels a day to make a go of it, but it can barely export 2.5 million. That would be luxuriously ample for the likes of Abu Dhabi with fewer than 800,000 citizens, but it is a miserable pittance for Iran, with a population more than 100 times as large.

Iran cannot even match the $6,000 income per capita of Botswana. That most fashionable of safari destinations is a fine and well-governed country to be sure, and far from poor by African standards—but then its citizens are not required to pay for extensive nuclear installations, which are very costly to maintain even in their current semi-frozen state, or for the manufacture of a very broad range of weapons—from small arms to ballistic missiles—for which much expensive tooling is imported daily from the likes of our own dear ally South Korea. Neither is Botswana mounting large-scale military expeditions in support of a foreign dictator at war with 80 percent of his own population or providing generous funding for the world’s largest terrorist organization, Hezbollah, whose cocaine-smuggling networks and local extortion rackets cannot possibly cover tens of thousands of salaries. The ayatollah empire is doing all those things, which means that average Iranians are actually much poorer than their Botswanian counterparts.

You would never know it looking at photographs of Tehran, one more bombastic capital city fattened on intercepted oil revenues and graft, but Iran is dirt poor. I recently saw Iran’s general poverty at first-hand driving through one of Iran’s supposedly more prosperous rural districts. In an improvised small market next to a truck stop, several grown men were selling livestock side by side, namely ducks. Each had a stock of three or four ducks, which looked like their total inventory for the day.

You would never know it looking at photographs of Tehran, one more bombastic capital city fattened on intercepted oil revenues and graft, but Iran is dirt poor.

That is what happens in an economy whose gross domestic product computes at under $6,000 per capita: very low productivity, very low incomes. The 500,000 or so Iranians employed in the country’s supposedly modern automobile industry are not productive enough to make exportable cars: Pistachio nuts are the country’s leading export, after oil and petroleum products.

The pistachios bring us directly to Iran’s second problem after not-enough-oil, namely too much thieving by the powerful, including pistachio-orchard-grabbing Akbar Hashemi “Rafsanjani,” former president and a top regime figure for decades.

Akbar Hashemi was not being immodest when he claimed the name of his native Rafsanjan province for himself. He became the owner of much of it as huge tracts of pistachio-growing orchards came into his possession.

His son Mehdi Hashemi is very prominent among the aghazadeh (“noble born”), the sons and daughters of the rulers. He preferred industrial wealth to pistachios, and his name kept coming up in other people’s corruption trials (one in France), until he finally had his own trial, for a mere $100 million or so. But the Rafsanjani clan as a whole took a couple of billion dollars at least.

The Supreme Leader Khamenei himself is not known to have personally stolen anything—he has his official palaces, after all. But his second son, Mojtaba, may have taken as much as $2 billion from the till, while his third son, Massoud, is making do with a mere 400- or 500-hundred million. His youngest son, Maitham, is not living in poverty either, with a couple of hundred million. The ayatollah’s two daughters, Bushra and Huda, each received de-facto dowries in the $100 million range.

This shows that the regime is headed by devoted family men who lovingly look after their many children, for whom only the best will do. It also cuts into the theoretical $6,000 income per Iranian head, because some “heads” are taking a thousand times as much and more.

That is one motive for today’s riots—bitter anger provoked by the regime’s impoverishing and very visible corruption, which extends far, far beyond the children of the top rulers: thousands of clerics are very affluent, starting with their flapping Loro Piana “Tasmania” robes—that’s 3,000 euros of fancy cloth right there.

That is one motive for today’s riots—bitter anger provoked by the regime’s impoverishing and very visible corruption.

Much of the economy is owned by bonyads, Islamic foundations that pay modest pensions to war widows and such, and very large amounts to those who run them, mostly clerics and their kin. The largest, the Mostazafan Bonyad, with more than 200,000 employees in some 350 separate companies in everything from farming to tourism, is a very generous employer for its crowds of clerical managers.

That is why the crowds have been shouting insults at the clerics—not all are corrupt, but high-living clerics are common enough to take a big bite out of that theoretical $6,000 per capita.

But the largest cause of popular anger is undoubtedly the pasdaran, a.k.a the Islamic Revolutionary Guards (IRGC), an altogether more costly lot than the several hundred aghazadeh or tens of thousands of high-living clerics. The IRGC’s tab starts with the trillion dollars or more that the pasdaran-provoked nuclear sanctions cost before the Obama team agreed to lift them and continues with the billions that Iran still loses annually because of the ballistic-missile sanctions that Trump will never lift. Then there are the variable costs of the pasdaran’s imperial adventures, as well as the fixed cost of pasdaran military industries that spend plenty on common weapons as well as on “stealth” fighters and supposedly advanced submarines that exist only in the fantasies of regime propagandists. Pasdaran militarism and imperial adventures are unaffordable luxuries that the demonstrators very clearly want to do without—hence their shouts of “no-Gaza, no-Syria.”

Whatever happens next—and at least this time the White House will not be complicit if it ends in brutal repression—the ayatollah empire cannot last. Even despite Obama’s generous courtship gifts, the Iranian regime cannot just keep going, any more than the USSR could keep going by living off its oil.

There is no need to laboriously negotiate a new set of sanctions against Iran—strict, swift, and public enforcement of the restrictions that are already on the books is enough.

So what can be done to accelerate the collapse? Broad economic sanctions are out of the question because they would allow the rulers to blame the Americans for the hardships inflicted by their own imperial adventures. But there is plenty of room for targeted measures against regime figures and their associates—the State Department list of sanctioned individuals is far from long enough, with many more names deserving of the honor. (Iran is not North Korea; it is not hard to find names and assets and to make them public.)

Above all, very much more could be done to impede the pasdaran and their military industries. Many European and Japanese big-name companies are staying away from Iran because the missile and terrorism sanctions persist—and to avoid displeasing the United States. They should. But the South Koreans whom we defend with our own troops totally ignore US interests in regard to Iran and have therefore emerged as the lead suppliers of machinery and tooling for the pasdaran weapon factories. Nor do they hesitate to sell equipment that can be adapted to military use in a minute or less, as in the case of the airfield instrument landing system and portable ILS/VOR signal analyzer that the Korea Airports Corp. has just agreed to supply to Iran’s Tolid Malzomat Bargh.

There is no need to laboriously negotiate a new set of sanctions against Iran—strict, swift, and public enforcement of the restrictions that are already on the books is enough. Every time a South Korean regime-related deal is detected, the offenders need a quick reminder they will be excluded from the United States if they persist. In this, as in everything else, it is just a matter of getting serious in our focus on Iran.

Obama was serious in his courtship of the ayatollahs’ regime. Trump should do the same to bring the regime to an end, faster.

Edward N. Luttwak is a senior associate at the Center for Strategic & International Studies. He has worked as a consultant to the US State Department, the National Security Council, the US Secretary of Defense, and the US Air Force, Army, and Navy, among other institutions.