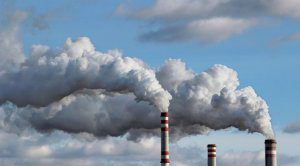 B.C.’s carbon tax had little impact on slowing either economic growth or GHG emissions, writes Philip Cross in the Financial Post. Below is an excerpt from the article, which can be read in full here.

It is an article of faith among carbon tax advocates that British Columbia is a model for how a carbon tax can both sustain economic growth and reduce greenhouse gas (GHG) emissions. This belief is based on studies rushed out shortly after the province introduced a modest carbon tax in 2008, many from the University of Ottawa’s Smart Prosperity Initiative (which itself prospered smartly in terms of funding after Justin Trudeau was elected). The preliminary results seemed “miraculous” as a small tax on energy apparently had little negative effect on the economy but a large impact on reducing GHG emissions. Some researchers, including myself, urged caution in interpreting results based on a very small sample that contradicted a vast body of literature showing energy demand is not very responsive to price changes.

The accumulation of several years’ more data shows caution was appropriate: B.C.’s carbon tax had little impact on slowing either economic growth or GHG emissions — as should have been expected from a small change in a tax on energy, especially given the plunge in oil prices after 2014. Real GDP growth in B.C. has led the nation over the past decade, rising 28.9 per cent versus the national average of 20.8 per cent. Much of the growth was concentrated in the housing sector, which had a lot to do with an inflow of people and money from abroad and not much at all with provincial taxes.

Meanwhile, GHG emissions in B.C. rose 9.0 per cent between 2009 and 2017 (the latest year for StatCan data). This is well above the national average of 5.9 per cent — which includes significant declines in five provinces. Every passing year confirms that emissions are accelerating in B.C. They are up 5.4 per cent since 2012 versus just 1.0 per cent in the rest of Canada. The development of an LNG mega-project will reinforce this upward trend, even if it helps lower emissions from coal-burning power plants in Asia.

The largest drops in emissions were in Ontario, Nova Scotia and New Brunswick, mostly after the 2012 cut-off date for many of the initial studies trumpeting “miraculous” results for B.C. All three provinces ordered their utilities to reduce coal use in electricity generation. This suggests regulation can be an effective tool in lowering emissions without raising a carbon tax. Some will argue these regulations are more costly than a carbon tax, but in 2001 Ontario’s stated goal in switching from coal- to gas-burning power plants was to raise air quality not lower GHG emissions. It likely would have proceeded even if regulation had cost more than a carbon tax.