Waking up to a bad dream: How the US Dreamers case could impact Canada - Warren Everson for Inside Policy 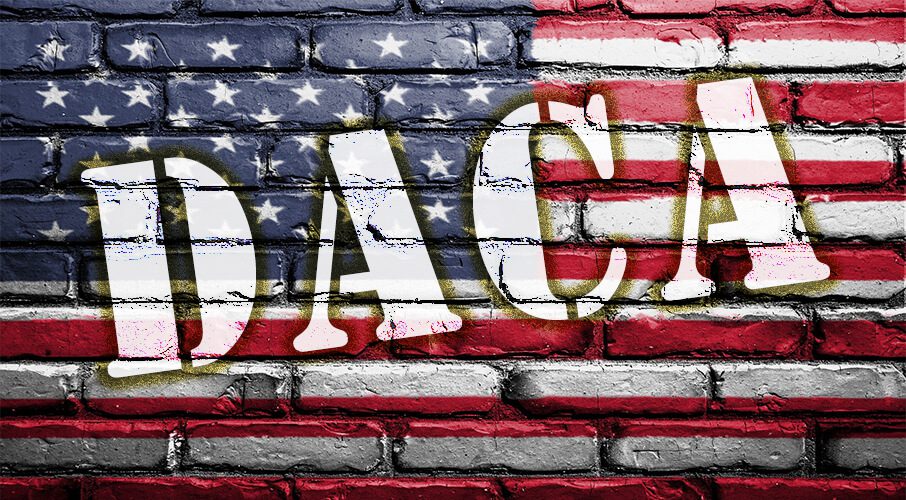 Three quarters of a million people are waiting to see if they’ll be ordered out of the United States, writes Warren Everson.  If they are, many won’t go to their birth countries….they might come here instead.

On November 12 the US Supreme Court heard arguments about the Trump administration’s decision to end the DACA (Deferred Action for Childhood Arrivals) program.  The Court’s decision could have important implications for Canada.

The DACA situation is an offshoot of America’s inability to achieve some compromises around immigration.

Starting in 2001 a bi-partisan legislative effort proposed legislation to address the fate of illegals who had come to the US as minors.  The Development, Relief, and Education for Alien Minors Act (DREAM) has been tabled in various forms at least three times in the last 20 years and has always failed to pass. But at least it gave a nickname to the young people who are ensnared in legal limbo: the “dreamers.”

After watching successive legislative efforts flounder, President Obama announced in 2012 that his administration would act without Congress. By executive order he created DACA – registering illegals who qualified and declaring them safe from deportation.

But what one President can do, another can undo.  Maybe.

About a year after becoming President, Mr. Trump issued his own executive order: he terminated DACA.

If President Trump’s order is upheld by the Supreme Court, the dreamers will lose their protected status and, in theory, they could all could be expelled from the US.

It’s hard to imagine what this would mean for a young man who’s spent his whole life in Houston, now abruptly deposited in El Salvador, perhaps without language skills, connections or job prospects.  (The per capita GDP of the US is about $53,000, El Salvador’s is just about $4,000.)

Or consider a young woman who has been a resident of Atlanta for two decades, suddenly “returning” to an Islamic state where poverty is accompanied by rigid gender restrictions enforced by Sharia law.

US observers tend to doubt the President would actually expel 800,000 people, but….it is Donald Trump. In the frenetic atmosphere of current US politics, who knows?

Could it even be done? The number of people involved is so intimidating, we might be inclined to dismiss the whole deportation scenario as fantastic. However, nearly 3 million people were deported during the presidency of Barak Obama, and about 2 million during George W Bush’s two terms. So, yes, it’s possible.

But even if he has no intention of actually deporting the dreamers, we can anticipate Mr. Trump’s rhetoric will be as menacing and inflammatory as he knows how to make it. His base is listening.

The DACA illegals will be listening too. Some will hunker down, hoping the election of 2020 brings a new administration. But plenty of others will make other plans.

If you’ve spent your whole life in the US and now have to leave, you might think of Canada as the closest thing – physically and culturally – to what you’re accustomed to.  That’s certainly a scenario the Canadian government is worried about.

Some dreamers may apply as immigrants to Canada. But the immigration process can be lengthy.  Immigration, Refugees and Citizenship Canada (IRCC) has reduced the inventory of people waiting and sharply increased processing speed, but an anxious dreamer applying as a Permanent Resident would still wait a long time. The department’s web site advises self-employed (federal) applicants to expect a 22-month wait.

What if you’re so frightened by the President’s ferocious rhetoric (and the mob that bays its approval) that you can’t wait?  The Canadian border is…right there. Eighty-eight-hundred kilometres, mostly unguarded.

The dreamers aren’t refugees. It’s a twist of circumstance and law that they can’t expect asylum from Canada; they are arriving from a “safe third country.” And most of them also can’t argue they have “a well-founded fear of persecution” – the UN’s definition of a refugee – since they’ve probably never even visited their country of birth.

But still…there’s that long undefended border. They will know refugee processing in Canada is, at least, as lengthy as the immigration process. Currently the department acknowledges a 20-month average wait to have a hearing.  And then, you might appeal.

If you are trying to buy time, appeals obviously have some…appeal. (Sorry) The backlog is growing.

If a significant number of dreamers decide to take this route, the waiting list would swell even further. A desperate person might well see a chance to remain in Canada for several years as a valid way to wait out the MAGA madness.

The possibility, even if remote, of thousands of arrivals crossing the border is alarming enough to stimulate contingency planning among the agencies most responsible: the RCMP, IRCC, the Canada Border Services Agency and the Immigration and Refugee Board.  And while they’re estimating personnel to be assigned and lining up temporary housing, Finance Canada is probably also crunching the numbers and worrying about contingency funds.

Each refugee claimant costs the federal government about $16,500, according the Parliamentary Budget Office (PBO).  And that’s just the federal expense; the PBO didn’t try to estimate the cost to provinces and municipalities. Toronto alone budgeted $64 million to support refugees in 2017-18.

So, the operational challenges of a surge of dreamers coming to Canada may be dwarfed by the political ones.

In 2017 and 2018 we were treated to the sight, on the nightly news, of hundreds of migrants walking across the border.  It’s a scene we’ve witnessed in lots of other nations, but not here.

Canadians – a lot anyway – reacted as every other population has: with alarm and some hostility.

In August Toronto Sun columnist Candice Malcolm, noting that more than 19,000 people had entered “between ports of entry” as the department terms it, caught that feeling when she wrote that Mr. Trudeau “has opened the floodgates to those who seek to take advantage of our generosity.”

In an August release the polling firm Angus Reid reported that Canadians were divided about DACA members: only 38 percent said they should be welcomed into Canada.

There is a certain loss of innocence here. Canadians like feeling morally superior to the US. But maybe we’ve just not had to fight the same battles yet.

In his memoirs, Lester Pearson warned us: “Above all, as American difficulties increase we should resist any temptation to become smug and superior: ‘you are bigger but we are better.’ Our own experience, as we wrestle with our own problems, gives us no ground for any such conviction.”

Canadians have traditionally supported immigration and continue to do so, but I suspect that support has been dependent on the public’s understanding that the system was designed to benefit Canada, not the immigrants.

An elaborate system in the economic stream assesses applicants against known Canadian skills requirements. If we need an immigrant, in they come. If we don’t, they may not get past the door.

A case in point: I took tennis lessons with a pro from Italy. Nice fellow.  His cousin lived in Montreal and had medical issues; my pro planned to move to be closer. But he told me the immigration authority had said no. Montreal had plenty of tennis instructors, he had to stay in Ottawa.

Tough on my friend, but this mercenary approach has helped maintain public support against the fear of job loss that critics associate with immigration.

Seeing thousands of people calmly walking into our country – apparently avoiding our tough entry rules – is likely to inflame passions in a predictable way.

True, in the recent national election, only one party made an attempt to capitalize on those passions and that party won no seats.  The forbearance of the other leaders is admirable, but transitory. If public opinion shifts, someone will take advantage.

Oddly, the first way to fight a surge of DACA illegals might be to make them legal.

As a group, the dreamers score highly on Canada’s immigration selection criteria.  We place a high value on applicants who are young, speak at least one official language, are educated and thought to be “adaptable” to Canadian society. Most of the dreamers would score well; high school graduation was a condition of DACA membership and a majority have, or are getting, college/university credentials. Almost all speak English. They are mostly in the target age.

Should we create a fast-track, one-time immigration process? Should we see the dreamers as a gift delivered to our door?

It might not be that easy.  Moving fast on the dreamers necessarily means moving slower on everyone else. Applicants from Latvia to Singapore to Brazil are waiting to get into Canada and might have credentials at least as impressive as the dreamers. There is a fairness issue to consider.

Canadian policy is to evaluate applicants on individual merits.  Creating a program identifying a community of people on geographic origin would be a significant departure.

And the dreamers will often have families.  Behind a big cadre of applicants may be a bigger crowd of dependents.

Whether fast-tracking the dreamers is a smart move or not, the question is meaningless unless you can actually make the track go fast. Whether we’re assessing the dreamers as immigration applicants, or plodding through the refugee determination process with them, the resources needed to manage a large surge would need to rise exponentially.

It’s true that every part of the migration challenge will be addressed more effectively if there are more resources to manage it. A speedier immigration system will retain the loyalty of applicants and of our own employers, urgently seeking qualified workers. Faster reviews of refugee claims will reduce the cost to Canadian municipalities and also remove the “benefit” of delay, which may currently attract applicants with weak or entirely specious claims.

Demetrios Papademetriou reminds us: “As long as the numbers of such migrants are not too large, you can manage. But no system can withstand really large, sustained numbers of asylum claimants, most of whom will be unsuccessful.”

That last clause raises a very tough question. We know, if they enter illegally, most DACA members will ultimately be ordered out.  They aren’t refugees.  But will it take a lot of money and a lot of time to reach that point on each case? Is this long, expensive process money well spent?

The dreamers’ situation is very vivid, very theatrical.  And it may never become a problem for us. The US Supreme Court may order their protections retained. The US Congress may finally pass a new immigration law. But it’s only one of many migration issues which could confront Canada in the coming decade.

An ever-escalating number of “displaced” people populate the globe; the UN High Commissioner for Refugees says there are 70.8 million today. In addition to the familiar spurs of economic hopelessness, civil war and persecution, the new threat of climate change promises to augment that number still further as more humans are driven from their homes by rising sea levels, drought and starvation.

In the past we were mostly insulated from mass migration, bordered by three oceans and a huge, rich neighbour. But as our neighbour’s attitude becomes more malign and the people in the diaspora become more desperate, we may find ourselves facing pressures we are unprepared for financially, operationally and politically.

Warren Everson is President of Saramac Consulting, which advises public sector and private clients on public policy issues. He has a long involvement with immigration, labour force and asylum issues