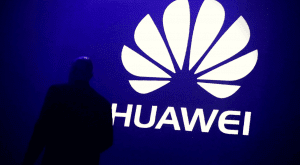 Despite Huawei’s insistence that it will not compromise the privacy and security of Canadians, it would have no choice but to hand over Canadians' data if the Chinese government asked it to do so, writes Marcus Kolga in Maclean's. Below is an excerpt from the article, which can be read in full here.

In mid-July,  Canada became the outlier among the Five Eyes intelligence sharing network when the United Kingdom announced they will join the U.S., Australia and New Zealand in banning Huawei technology from their 5G systems. The U.K. noted that they would remove any existing Huawei equipment by 2027.

For most Canadians, Huawei is a brand that simply represents cheap but usable mobile devices, which include many of the same bells and whistles of their more pricier competitors. Few Canadians are aware that the hardware and software that sends and receives data to their devices are also manufactured by Huawei. This includes every sort of data, such as emails, telephone calls, photos sent to family and friends, and those shared on social media; the kind that we share publicly and that which we presume is secure and requires complete privacy.

Western telecommunications companies that compete with Huawei, such as Erickson, Nokia, and Nortel (before its demise and before its systems were hacked and its intellectual property stolen and siphoned off by Chinese hackers), are governed by the rule of law. They are not absolutely beholden to their national governments, or any other. Not Huawei.

While Huawei’s cheap and cheery telecommunications products might seem attractive for Western consumers and companies, the real cost is high, whereby our privacy, safety, democracy and economies are at risk of being compromised.

The U.S.-led ban of Huawei products is not based on political calculations, as the Chinese government has repeatedly claimed, but the serious threat it poses to the security of every single person who uses the technology, including those here in Canada.