How BC First Nations can benefit from another LNG boom: MLI study by Ken Coates 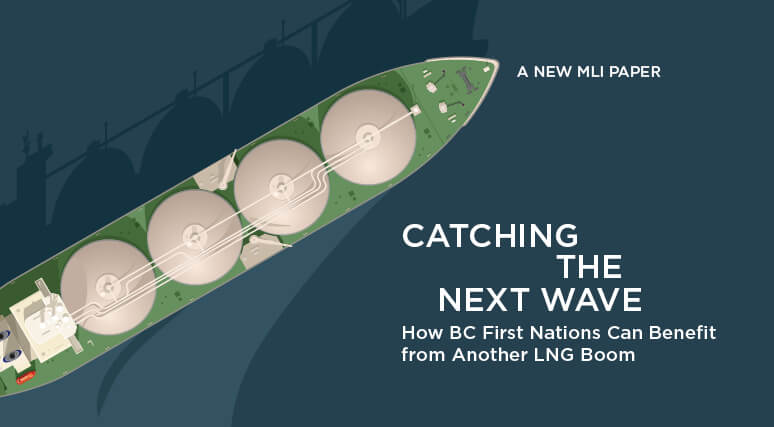 OTTAWA, ON (April 26, 2018):  BC Premier John Hogan remains firmly opposed to the Trans Mountain Pipeline, which has resulted in a very public spat with Alberta. Yet, in contrast to that intransigence, the BC government has also made some important positive steps to improve another sector of the province’s natural resource economy – liquefied natural gas (LNG).

If the LNG economy improves, First Nations will have a chance to carve out a sizeable and profitable place in the industry. That is the conclusion of MLI’s latest study, “Catching the Next Wave: How BC First Nations Can Benefit from Another LNG Boom,” authored by Munk Senior Fellow Ken Coates.

“Experience across Canada has shown that Aboriginal people can benefit from carefully planned, collaborative resource development,” said Coates. “But if they fail to anticipate developments and do not take protective, preparatory steps, they can also lose out on significant opportunities.”

British Columbia has particularly extensive reserves of natural gas located on traditional lands of the First Nations. A good example is the Montney region that straddles BC and Alberta, which is estimated to have  449 trillion cubic feet of marketable natural gas. The size of potential LNG projects is equally notable. Before its cancellation in 2017, the PETRONAS LNG proposal would have invested $35 billion in the Prince Rupert region, with the Lax Kw’alaams and Metlakatla First Nations having negotiated promises of $200 million, as well as additional Crown lands and revenue sharing.

Yet, as the study notes, this is not the first time First Nations in BC had wrestled with questions of how and when to participate in LNG development. Earlier governments had also promised an expansion of the LNG industry, only to see changes in prices and demand for LNG that led to pipelines and plant proposals running into difficulties.

As Coates concludes, “the patterns of the past will have to be replaced with faster, more decisive, and still environmentally protective decision-making that addresses long-term Indigenous aspirations.”

The paper offers a number of important recommendations for a First Nations LNG strategy, including