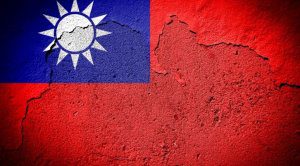 Beijing aims to discredit the Tsai administration, erode Taiwan’s institutions and aggravate a polarised society with a view to assisting its local partners, writes J. Michael Cole in the South China Morning Post.

Tensions in the Taiwan Strait have risen to a pitch not seen for decades since the re-election of President Tsai Ing-wen of the Taiwan-centric Democratic Progressive Party (DPP).

Given a powerful mandate with a record number of votes over Han Kuo-yu, her pro-Beijing opponent from the Kuomintang (KMT), Tsai has also benefited from her government’s enviable response to the Covid-19 pandemic. It has positioned Taiwan as a leader in combating the disease and earned the country unprecedented publicity internationally.

Aggravated by Taiwan’s unexpected opportunity to shine on the international stage and more confident than ever that it can dictate the terms in the Taiwan Strait, Beijing has responded by doubling down on the military front and through an intensification of its “sharp power” tactics.

These all aim to discredit the Tsai administration, erode Taiwan’s democratic institutions and exacerbate a polarised society with a view to assisting its local partners in the nationwide elections in late 2022 and the general election in 2024.

At every turn, Beijing has rebuffed appeals by Tsai for calls and a resumption of cross-strait talks, more necessary than ever amid high military tensions in the strait.

Rather than meet Taiwan halfway, Beijing has responded by calling Tsai’s olive branch “so-called dialogue” and accused her administration of continuing to provoke “by seeking independence, confronting the mainland at every turn, [and] deliberately creating confrontation across the Taiwan Strait”.

The two sides have been talking past each other, with Beijing setting terms that are tantamount to capitulation. Amid tensions and the spectre of miscommunication or accidents leading to military escalation, there seems little likelihood that the two sides could at least agree on confidence-building mechanisms which could reduce the risks of accidents and mitigate reactions should one occur.

More than ever, the possibility that Beijing will resort to force to compel Taiwan to give in to its demands seems high. The power imbalance in the strait and a United States that is distracted by Covid-19 and a contentious presidential election could lead Beijing, egged on by hawkish elements within the Communist Party, to calculate that the time is ripe to resolve the Taiwan issue once and for all.

Never mind that the massive use of force that would be required to invade Taiwan would highlight the contradiction between Beijing’s repeated claim that a small number of elements within the DPP and its foreign allies are responsible for misleading the Taiwanese public. At this point, the Communist Party does not seem to be moved by irony.

The regular intrusions by People’s Liberation Army planes into Taiwan airspace, along with occasional penetrations into the tacit median line in the strait, have served to wear out Taiwan’s military, which has been forced to scramble interceptors at every instance. The rise in military activity has also resulted in a higher number of accidents in the past year, potentially undermining morale and belief in the military’s ability to defend the nation.

Besides the threat of force, Beijing and its allies in Taiwan have intensified their efforts to undermine support for the Tsai administration. Through disinformation and local enablers in the opposition camp, they have sought to tarnish Taiwan’s response to Covid-19 in the eyes of the Taiwanese public and a global audience, portraying it as flawed, sheer luck or overreaching in its effects on personal freedoms.

The theme of an authoritarian administration has also been used to characterise the legitimate actions taken by the Tsai government to punish media organisations complicit in the generation and spread of disinformation. Last month, one of the chief offenders, CTiTV, had its licence revoked by the Taiwanese government.

Undaunted, pro-Beijing media and opposition politicians have claimed, risibly, that freedom of the press is dead in Taiwan. That is another irony, given how the KMT suppressed press freedom during the era of martial law.

Former officials, including former president Ma Ying-jeou, have also accused Tsai of dictatorship. They have used language and timing which, in some cases, suggests an element of coordination with the government across the strait.

Claims of re-emerging dictatorship in Taiwan fly in the face of rankings by various global advocacy groups. Recognising Taiwan’s democratic achievements and facing mounting harassment in China and Hong Kong, they are now in the process of setting up regional offices in Taipei.

The attacks are being waged by local politicians who will use anything to hurt the administration and thereby hope to increase their chances of success in the next elections. In other instances, enablers are doing so as willing collaborators with Beijing, for ideological reasons or because they have been co-opted.

Those forces are latching onto wedge issues to further deepen polarisation in Taiwan and sever the connectivity between the central and municipal governments, especially those that are governed by KMT mayors.

The government’s recent decision to allow American pork containing the added agent ractopamine has become a key battleground in Taiwanese politics. The opposition claims the administration acted undemocratically and has compromised the health of Taiwan for the sake of closer ties with the United States.

Unsurprisingly, attacks on this policy have been accompanied by disinformation from the usual sources. The opposition has initiated a referendum on the matter, to be held later this year.

Another opportunity the anti-Tsai and pro-Beijing camps are sure to exploit is the factionalism within the DPP that is emerging ahead of the 2022 elections and, more acutely, in the lead-up to the 2024 presidential elections, where Tsai will not be able to run for a third consecutive term. Divisions within the ruling party will weaken the Tsai administration and create opportunities for those who seek to overturn her legacy.

Beijing has demonstrated that it means business over Taiwan. Having neutralised Hong Kong, it now appears to be turning its sights on Taiwan. So far, Taiwan has been successful in countering Beijing’s aggression.

As Beijing redoubles its efforts and refines its techniques, the question remains whether Taipei will be able to ramp up countervailing measures while striking a balance between necessity and preserving the democratic institutions that define Taiwan.

J. Michael Cole is a Taipei-based senior fellow with the Macdonald-Laurier Institute in Ottawa and the Global Taiwan Institute in Washington, D.C. He is a former analyst with the Canadian Security Intelligence Service.