Beijing’s Online Manipulation and Interference During the Election: Marcus Kolga in the Epoch Times 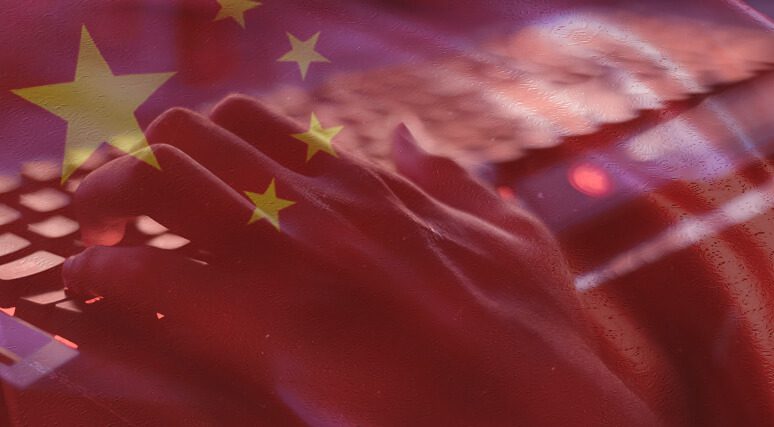 Beijing possesses both the means and motives to tamper with important national debates and will seek any opportunity to exploit our democratic freedoms in order to gain the upper hand, writes Marcus Kolga.

Over the past three years, a growing din of alarm bells have warned us about the threat of Russian foreign influence campaigns against our elections, our media, and our democracy.

Other malign totalitarian regimes have engaged in similar operations to manipulate our perceptions in efforts to polarize debate and divide us. China is no exception.

Over the past weeks, a massive “state-backed information operation” targeting the Hong Kong pro-democracy movement and activists was detected and exposed by major social media platforms Twitter, Facebook, and Google.

Twitter identified some 200,000 accounts, many of which “were deliberately and specifically attempting to sow political discord in Hong Kong, including undermining the legitimacy and political positions of the protest movement on the ground.” According to Twitter’s research, most of the accounts and their subversive activity has been “state-backed.”

Based on a tip from Twitter, Facebook suspended several China-based accounts, groups, and pages that exposed thousands of Facebook users to disinformation aimed at undermining support for the pro-democracy movement in Hong Kong.

Canadian pro-democracy supporters have been targeted with threats published on the Beijing-controlled WeChat platform, and it’s been alleged that many of the Hong Kong counter-protests in Canadian cities have been organized by Chinese consulates.

The stream of national security issues surrounding Huawei that continue to dominate 5G network debates in many western nations, including Canada, have also been exposed to manipulation by Chinese regime propaganda and disinformation. In fact, the same accounts that were recently banned by the social media giants for targeting Hong Kong protestors are also broadcasting state propaganda about Huawei.

Indeed, even when not directly ordered by Beijing, the growing presence and influence of hyper-nationalist Chinese netizens is becoming harder to ignore. While they are most aggressive in their volatility toward fellow Chinese nationals and expatriates, one need not look far to see their coordinated impact on all manner of public policy debates related to China.

Take for example a recent Toronto Star “Big Debate,” a series that presents expert takes on both sides of some major public policy topics. At issue was whether Huawei should be banned from Canadian 5G networks. The “yes” side was argued by Brian Lee Crowley, managing director of the Macdonald-Laurier Institute, and “no” by former MP Stockwell Day, who is a member of the Canada China Business Council and a board member of Telus. Readers were given an opportunity to vote for which side of the debate they agree with in a simple poll.

The “yes” side in a similar recent “Big Debate” poll about whether Canada should “get tough on China” received 84 percent support, with a final total 493 over 93. These volumes of votes are fairly typical for this segment. However, things played out much differently for the Huawei poll.

Initially, the poll looked to be split along reasonably similar lines, with a few hundred votes on each side and Crowley’s “yes” side receiving a strong majority. Then, following some purported WeChat posting by an apparent Huawei employee, as well as allegations of involvement by the Chinese embassy in Ottawa, the results flipped radically, with thousands upon thousands of users voting, storming the poll.

Over the last few weeks, once the dust had cleared, this war over an internet poll eventually settled to where the initial percentages had pointed. With over 16,000 votes and counting, the “yes” side has clawed back to over 60 percent support.

While there may be a good and obvious explanation for the unusual characteristics of this poll, the bulk of immediately available evidence points to the activation of netizens to storm the poll. It also fits the well-known modus operandi of the image-conscious Chinese telecom and its masters in Beijing.

Whether it’s propaganda promoted by the Chinese regime or by the company itself—one could be excused for not being able to tell the difference—Canadians should rightfully question the aims of these state actors and the army of pro-regime netizens that promote them.

The issue is not the result of a poll on a Canadian news website; it is rather the fact that there is nothing preventing these same foreign groups from potentially disrupting and interfering in Canada’s information environment during the federal election. Ironically, the Toronto Star is blocked by the communist authorities in mainland China. Had it not been, any subversive attempts at storming the poll would have likely had more success.

Just as the Russian government has used former diplomats and academics to advocate and promote its interests and positions in Canada, so too does China, taking advantage of our political system, business interests, and sympathetic diaspora media, as well as anyone of consequence who is willing to cast aside their moral conscience and allegiance in favour of lucrative paychecks.

Malign states, such as China and Russia, which possess both the means and motives to tamper with important national debates, will seek any opportunity to exploit our democratic freedoms in order to gain the upper hand.

Canadians must be alert and vigilant against such efforts. Resilience against foreign disinformation starts with us being mindful about the information that we’re consuming and the motivations of those who are advocating for positions that do not align with Canada’s interests.

Marcus Kolga is a digital communications strategist, writer, filmmaker and expert on foreign disinformation and Russian affairs. He is a Senior Fellow at the Macdonald-Laurier Institute’s Centre for Advancing Canada’s Interests Abroad.