Best solution for plastic waste is incineration: Randall Denley for Inside Policy 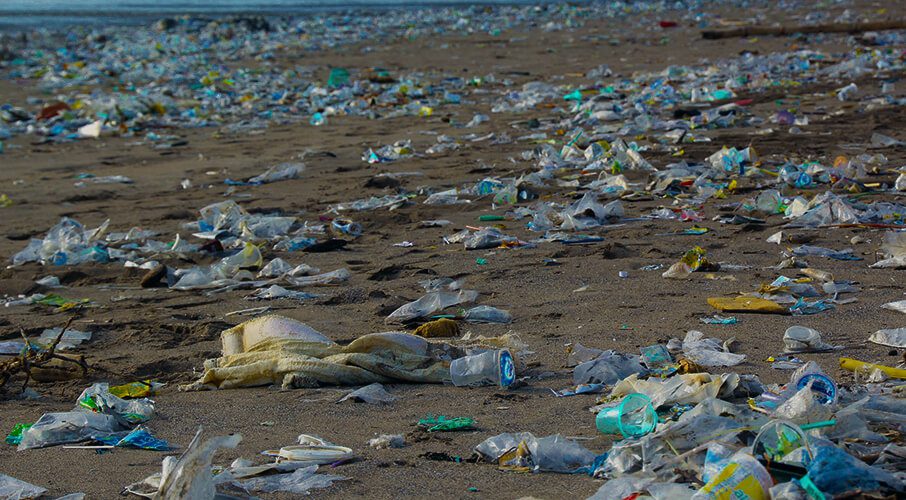 Announcing popular plastics bans and pretending that plastic can be eliminated is an imaginary solution to a real problem, writes Randall Denley.

Canada is awash in plastic waste. We generate about 3.25 million tonnes of it a year. That’s enough to fill 140,000 garbage trucks, but more to the point, it is filling the country’s landfills with a product that never decomposes.

In response, the federal government has promised a partial ban on single-use plastics such as shopping bags, cutlery and straws – not now, but soon. It is also in favour of extended producer responsibility programs that make packaging-intensive industries responsible for collecting and disposing of the waste they create. BC already has such programs and Ontario is following close behind. There is plenty of enthusiastic talk about recycling and the circular economy.

The trouble with this not particularly new thinking is that plastics will keep going into the country’s landfills. At best, an expensive and enthusiastic campaign to ban or recycle plastics will modestly postpone the day when communities across the country will have to create new landfills to store discarded plastics.

We are looking at the wrong problem. The issue isn’t how to keep plastics out of landfills, it is how to get rid of landfills. Incineration is the obvious solution to that problem, but it is one that governments in Canada are just starting to edge timidly towards, while incineration has become the norm in many advanced countries.

The numbers suggest that Canada is well behind the times when it comes to disposing of its waste. According to the OECD, incineration that turns plastic and other garbage into energy disposes of one-third or more of the total waste volume in Austria, Belgium, Denmark, Finland, France, Luxembourg, the Netherlands, Norway, Sweden and Switzerland. The Japanese burn a world-leading 71 percent of their waste. In Canada, less than 5 percent of garbage is incinerated.

Canadians are overly reliant on landfills, sending 72 percent of our waste there. It’s not that we want to bury garbage, but that’s the outcome of one of the worst recycling and composting performances in the advanced world.

Only 24 percent of what we take to the curb finds a new life as another product. That’s partly because governments have oversold the benefits of recycling and Canadians have been eager to get on board, patting our backs in self-congratulation when we take out our blue boxes. Unfortunately, 30 percent of what goes into blue boxes isn’t really recyclable according to new numbers from the Ontario government, and ends up in landfills.

Even for potentially-recyclable stuff, the situation is grim. China and other Asian countries have reduced or eliminated the amount of plastic recyclables they are willing to take from Canada, flooding the market with potential recyclables that are expensive to buy because of high collection and sorting costs.

Canada has a big problem with waste disposal, and trivial solutions will only produce trivial results. Take the federal government’s enthusiasm for eliminating plastic straws. A global ban that kept all straws out of the ocean would achieve a maximum reduction of 0.03 percent in ocean plastics, according to the research site Our World In Data. In that context, Canada’s ban is sub-trivial.

Even things we think we know about plastics reduction aren’t necessarily true. Banning plastic bags is an easy crowd pleaser, but studies in both Quebec and Denmark show that the maligned plastic grocery bag is actually more environmentally benign than reusable bags, once the environmental impacts associated with its manufacture, use and disposal are considered.

That’s called a life cycle analysis, and it’s the rational way to assess environmental impacts. Prime Minister Justin Trudeau says he wants his environmental policy to be science driven. If so, he wouldn’t be banning plastic bags, although the bans are politically popular.

The same kind of thinking should be applied to plastics recycling generally. It’s comforting to think of plastics going around and around in the circular economy, but most plastics can be recycled only once. What are the environmental impacts of collecting and processing them, and what is gained if they only end up in the landfill anyway?

To tackle our plastics problem effectively, Canadian governments need to wake up to incineration and begin the challenging job of convincing the public that the best solution for much of our plastic waste, and even our other garbage, is incineration, not recycling.

They are moving gingerly in that direction. The Ocean Plastics Charter the federal government signed last year allows for waste-to-energy incineration as a way to dispose of residual plastic waste. Ontario has also mentioned it as an acceptable option in its plan to make corporations responsible for plastic waste disposal.

Incineration is not a magic solution. A move to incineration would need to take into account the fact that incinerators are expensive to build and operate, requiring a substantial and steady flow of waste material to burn.

There is also the perceived problem of releasing toxins into the air, but that can be controlled by modern technology. A report by the National Research Council in the US concludes, “With current technology, waste incinerators can be designed and operated to produce nearly complete combustion of the combustible portion of waste and to emit low amounts of the pollutants of concern under normal operating conditions.”

To properly evaluate the merits of incineration, the federal government should be conducting a thorough analysis of the environmental impacts of incineration versus landfills and recycling. Announcing popular plastics bans and pretending that plastic can be eliminated is an imaginary solution to a real problem.

Canadians and their politicians often seem to live in a policy bubble, but we need to learn from other advanced countries that incinerate much of their waste. Do we really think we’re right and they’re wrong?