We Better Hear the Hoi Polloi: Peter Menzies in Covivium 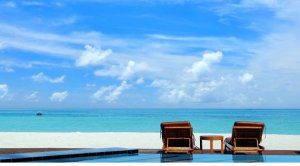 Politicians and bureaucrats caught flouting COVID restrictions should get over their embarrassment and heed the pandemic suffering of working people, writes Peter Menzies in Covivium

As Grandpa used to say “The road to hell is paved with good intentions.”

That’s probably as good a premise to begin with as any as we enter Phase Three and close in on month 11 of “We’re Not All In This Together.” For those of you who missed it, Phase One was “no way I’m wearing a mask - you’re not the boss of me.”

Phase Two was “it’s important that all businesses shut down except the one that I work in.”

Phase Three began shortly after Christmas with a wave of sackings, demotions and shamings of political office holders, health care executives and assorted other public sector white collar types who took foreign vacations - mostly to sun destinations - over the holidays when the rest of us were forbidden from family gatherings. It could also be described as the revenge - and the rage - of the dispossessed.

In the spirit of hating the sin but loving the sinner, I feel badly for those involved. Several, most notably the Chief of Staff to Calgary Mayor Naheed Nenshi, had checked off with their approving bosses before heading (in her case) to Hawaii.

NDP MP Niki Ashton visited Greece to be with her ailing grandmother in what sounded likely to be a final farewell but that nevertheless resulted in her being stripped of her critic’s post.

Victoria city councillor Sharmarke Dubow made his first trip back to Africa in 28 years to visit relatives he had not seen since he had fled from there as a child.

Others were reuniting with spouses from whom they had been separated for many months. Still more were going in order to maintain their family’s tradition while a few did it just because they could.

Into this latter category we can place former Ontario finance minister Rod Phillips and Dominique Baker, a senior civil servant with the Public Health Agency of Canada who grabbed a free trip from Air Canada vacations to Jamaica where she and her husband enjoyed the limo and butler service while the rest of us figured out how to cut our own hair.

Yet regardless of the merits of the intentions, all of the above have, embarrassed, expressed regret or had others suggest it on their behalf. Most will recover their reputations and find employment again. Each of us has likely made decisions in the past which were at best iffy, but which we managed to justify to ourselves because - let’s face it - we wanted to even if we felt a little greasy about it.

It is by good fortune and status alone that most of us don’t have our names splashed across the Twitterverse and lose our jobs as a result.
But I will also admit - and I am now at an age when I thought this level of shock to be beyond my capacities - to being completely stunned by the “sin” itself. Most if not all of us sometimes violate the plethora of rules, regulations and guidelines that the Covid-19 pandemic has imposed upon us.

Who among us has not touched our faces, forgotten a mask, neglected to wash our hands 20 times a day or maybe even smuggled a friend or relative into the house for tea? How many Quebeckers, who are now confined to their homes between 8 p.m. and 5 a.m. won’t secretly slide out to the garage - perhaps while their spouse keeps an eye out for the COVID cops and the helicopters overhead - at 9 p.m. for a smoke?

It’s impossible for each and every one of us to be in compliance at all times with these rules and, of course, even those vilified for their recent travel were without exception acting in compliance with the orders in place, if not their spirit, when they hopped on their sunbound flights. We are all very much likely to be in the who shall cast the first stone category here.

Except that clearly the masses feel there is a behavioural expectation - a trust if you will - that has been horribly violated by these journeys. As I wrote previously for Convivium pandemic pressures have revealed the cracks in Canadian society’s class structure and defined two distinct categories.

In one group are the millions of people who have either lost their jobs or fear they will and are terrified they won’t be able to pay the rent. In the other are those for whom lockdowns and restrictions produce an actual economic benefit through reduced cost of living such as commuting and whose suffering consists primarily of takeout meals instead of dining and the indignity of drinking bottled instead of draught beer.

How, one wonders, can the latter group be so ignorant of the plight and feelings of the former? How could they possibly not have anticipated that the people who have been delivering their groceries, the Skip the Dishes guy, and the woman at the grocery store checkout would feel about this abandonment of social solidarity?

How can you even think “we all have to make sacrifices” while stepping on a plane to the Caribbean and not wonder - just for a moment - about the waitress who got laid off two weeks before Christmas and had to choose between gifts for her kids and paying the Visa bill? Or of the grandparents sitting alone behind the bars of their long term care homes, banned from maybe one last Christmas with their families while you nibble on the fruit of your Pina Colada on the beach in St. Barts?

Certainly media coverage may play a part. As members of the white collar class, their coverage has largely focused on the world of those actually infected by the virus and the advice of those treating them. There has been little coverage of the economic victims or the social consequences of the restrictions imposed to control Covid-19. Or perhaps it is the silencing of voices we depend on to remind us to care for others, e.g. priests and rabbis. Maybe it’s all of that and more. The outcome - to adopt the “verbing” language of the woke - is that there is an entire class of increasingly angry and resentful people who have been “invisibilized.”

And the reason for it may be that empathy - the ability to put oneself in another’s shoes and view the world through their eyes that makes us common, decent human beings - is in decline.

In other words, while this self-satisfied elite may care a great deal for its own predicaments, embarrassment and institutions, when it comes to the invisibilized, l’haut monde just doesn’t care. It just doesn’t.

We all know where that road ends. Certainly Grandpa did. And the hoi polloi who cannot be seen have made it clear: they will be heard.

Peter Menzies is a senior fellow at the Macdonald Laurier Institute, past CRTC vice chair and a former newspaper publisher.