Beware the bullwhip effect as the economy springs back to life: Linda Nazareth in the Globe and Mail 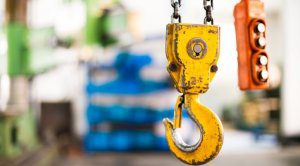 The bullwhip effect may be in force as it does, but that can be tempered with a lot less economic pain than we endured as we slid down the first part of the V, writes Linda Nazareth in the Globe and Mail.

Will mismatch between supply and demand eat into profitability even as the COVID-19 pandemic draws to its close? A supply chain phenomenon known as the “bullwhip effect” seems to be taking hold in many industries, threatening their ability to make the most of what should be economic good times ahead.

The bullwhip effect is pretty much what it sounds like. That is, when you snap a whip you see small ripples near you and larger ones at the end of it, which is pretty much how it works with supply chains. We saw plenty of it at the beginning of the pandemic in early 2020, when hand sanitizer and face masks and then bicycles and pool toys were snapped up by consumers. Retailers could not stock enough of them, so they ordered more from wholesalers, who ordered more from manufacturers, who ordered more commodities to make all of those things.

Not surprisingly though, there are lag times between orders being placed and the goods actually showing up in stores, which creates a degree of risk. Last summer, no one could take a vacation so they bought bikes (or tried to) to take their children on rides around the neighbourhood. This year, if everyone can actually get on planes and go somewhere, they may not get around to buying all those bikes that will be piling up in retail stores.

The flip side of the bullwhip effect, that of underordering, is also a potential problem. When the pandemic shut things down at the beginning of 2020, manufacturing companies reacted the way they always do in a recession and cut their orders for inputs. That was not always the right thing to do, as the auto sector has learned to its detriment. Canadian auto sales were down by 10 per cent in February as compared with the same month a year earlier, but not because people did not want vehicles. While several parts of the country were still in lockdown, parts shortages squeezed inventories at dealerships.

Automakers had not ordered enough semiconductors, and with high demand there is a continuing shortage of them. Chip companies are working to fix the situation, but it could take a while. In the meantime, we have a situation where auto plants may have enough demand to keep them going full blast, but instead, for example, General Motors was forced to suspend production at its plant in Ingersoll, Ont., last month because it did not have enough chips to produce cars. Across the industry, the shortage could cost auto companies billions of dollars in profitability.

As the economy strengthens, supply chain challenges are likely to weigh on an increasing number of industries. The U.S. economy has already roared back to life, with some now anticipating that growth in the first quarter of 2021 will turn out to be as high as 10 per cent, and Canada may not be far behind.

The Canadian economy grew in the fourth quarter of last year, and preliminary indications are that January will show a gain as well despite lockdowns in several provinces. The Bank of Canada is anticipating that the economy will grow by 4 per cent in 2021 and 5 per cent next year, estimates that might actually have to be upgraded although the better fortunes may not be felt across the board.

The other thing to worry about is the prospect of supply chain bottlenecks causing a snapback in inflation. In Canada as well as in the United States and most of the world, inflation has been mostly non-existent, which has made it easy for central bankers to keep interest rates at near-zero levels.

Still, as manufacturers scurry to keep up with demand, commodity prices are already being bid higher. An index of 26 commodities produced in Canada and sold in world markets tracked by the Bank of Canada is now at its highest level since 2018, and many individual commodities are trading at levels not seen for six or eight years or more. This is good news for the Canadian companies that produce them, but could eventually translate into the kind of price pressures that make central bankers tighten policy.

In a sense, these are all good problems to have. A year ago we were talking about hunkering down for a recession that was not like any recession we had ever seen, so it is not a surprise that many got it wrong when gauging demand.

Back in early 2020, some spoke hopefully of a V-shaped recovery, one that they hoped would take hold later that year. We did get some temporary Vs last year as reopenings happened, but the bigger one may well be to come in 2021. The bullwhip effect may be in force as it does, but that can be tempered with a lot less economic pain than we endured as we slid down the first part of the V.