Biden-Putin summit could be a triumph of progress, or a triumph of low expectations: Aurel Braun in the Globe and Mail 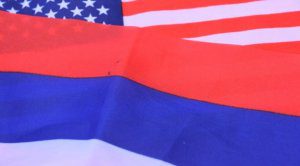 American and Russian rhetoric ahead of the Geneva summit Wednesday does not augur well for meaningful progress on relations between the two countries, writes Aurel Braun in the Globe and Mail.

American and Russian rhetoric ahead of the Geneva summit Wednesday does not augur well for meaningful progress on relations between the two countries. With U.S. President Joe Biden concurring with an interviewer back in March that Russian President Vladimir Putin is a “killer,” and Mr. Putin calling Mr. Biden’s despised predecessor an “extraordinary” and “talented individual” just days ago, a lack of personal chemistry just compounds deep policy differences. Yet these preliminary jousts might be part kabuki theatre. In Geneva, the two leaders are going to try hard to paper over differences and produce something that at least resembles a modicum of agreement.

There are opportunities for progress on many issues, including Russian cyberattacks, election interference, arms control, Mr. Putin’s persecution of political opponents and, in particular, the attempted assassination of Alexey Navalny, who was poisoned on a flight last August and remains in a Russian prison. Following successful meetings in Cornwall and Brussels, Mr. Biden may also be better positioned to negotiate given a seemingly unified G7 and a more cohesive NATO. Further, as relations with Russia are at their lowest in many years, this summit could be a triumph of low expectations.

Still, reaching substantive agreement with Russia might prove difficult. Mr. Biden wants to look tough; a few months ago, he declared that in contrast to his predecessor, the United States will not roll over “in the face of Russia’s aggressive actions.” Yet he is facing an exceedingly difficult interlocutor who has not only cultivated a macho image, but is also an autocrat and an amalgam of a kleptocrat and ultranationalist whose domestic legitimacy is increasingly fragile. Mr. Putin needs external crises against which he can score “successes” as a means of diverting public attention away from intractable domestic problems.

Nonetheless, Mr. Putin has considerable opportunities with Mr. Biden. The U.S. President asked for the summit and, despite Russia’s greatly diminished status in the world, is treating Mr. Putin as an equal. Mr. Biden also wants to keep a lid on disputes with Russia since he intends to concentrate on countering and competing with China.

The Biden administration’s commendable intentions on climate change and social spending will restrict U.S. fossil-fuel production and exploration, and essentially freeze defence spending. Ironically, those actions severely diminish the two most powerful tools the U.S. has for checking Russian international ambition and aggression: Driving down world energy prices, where Russia is so desperately energy export dependent; and engaging in a military competition, which Moscow can’t afford or sustain.

Russia and the U.S. might make progress toward extending their strategic arms agreement – a benefit, though the actual threat Moscow poses is with conventional forces and hybrid attacks, not with nuclear missiles – but the Kremlin may extract a cost. Moscow wants Western acquiescence regarding Ukraine; a free hand in Belarus; an end to criticism or sanctions regarding domestic repression; and no opposition to the Kremlin’s aggressive hydrocarbon production and its Arctic exploration, territorial claims and vast military buildup.

Mr. Biden’s harsh rhetoric might hide possibilities for Moscow. It certainly contrasts sharply with Donald Trump’s embarrassingly obsequious deference to Mr. Putin, but could this be Obama 2.0? Barack Obama’s approach to Russia was inconsistent. It was a combination of strident rhetoric and a soft and feckless policy. It resulted in a failed “reset button,” Russia massively reinserting itself into Syria and Moscow’s hybrid war against Ukraine and illegal annexation of Crimea. Mr. Obama’s “leadership from behind” was in essence a negation of leadership, which, among other failings, contributed significantly to the debacle in Libya. Mr. Putin, a political scavenger, has always been quick to exploit weakness. The risk for the Kremlin now is that it will overplay its hand.

Yes, Geneva should produce some progress. The Russian leader might allow his politicized courts to reduce Mr. Navalny’s sentence and improve the conditions of his incarceration. Mr. Biden and Mr. Putin will likely pursue a strategic dialogue on a range of arms control and emerging security issues, building on the extension of the “New START Treaty.” All beneficial to a point.

Mr. Putin might, however, be inflexible on his red lines and angry at the NATO communique that designates Russia “a threat.” The G7 declared goal of promoting democracy and respect for human rights is anathema to Mr. Putin. He already made it clear that he would brook no Western interference in Russia’s domestic affairs and his courts declared Mr. Navalny’s political movement unlawful.

The litany of problems with Russia remain daunting. It is a disrupter and spoiler, not a builder. True, Mr. Putin is cautious, but both vacuums and mixed signals may embolden him and lead to dangerous miscalculations.

Aurel Braun is a professor of international relations and political science at the University of Toronto, an associate of the Davis Center at Harvard, and an MLI Advisory Council member.