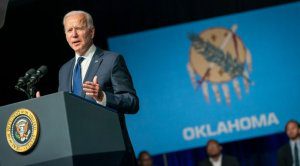 For Canadian multinationals, it’s 'Buy America' all over again, with American firms getting a big tax advantage over foreign companies operating in the U.S., writes Jack Mintz in the Financial Post. Below is an excerpt from the article, which can be read in full here.

Even though the G7 cartel has agreed to a minimum 15 per cent corporate tax on companies’ foreign earnings, it’s not too late to think more about the implications for Canadians. It is not a done deal yet. Other countries still have to agree. In fact, it’s not yet clear whether the U.S. Congress will pass it. So it’s not too late to ask whether giving up some of our tax sovereignty in this way is a good idea.

It also means foreign countries will apply higher taxes on the Canadian operations of their own companies. Based on Statistics Canada annualized first quarter 2021 data, Canadian companies paid almost $99 billion in corporate income taxes on $514 billion of pre-tax profits, for an effective tax rate of 19 per cent. On average, the minimum tax won’t matter too much: we’re taxing at well above the threshold 15 per cent. But that’s only on average. There are large differences among companies. Foreign companies operating in Canada that claim substantial research, manufacturing, clean-energy, mining or other tax preferences could have an effective tax rate well below 15 per cent. If so, they will have to pay more tax to their home governments to bring them up to 15 per cent.