Bigger deficit in federal budget?: Speer in the Toronto Sun 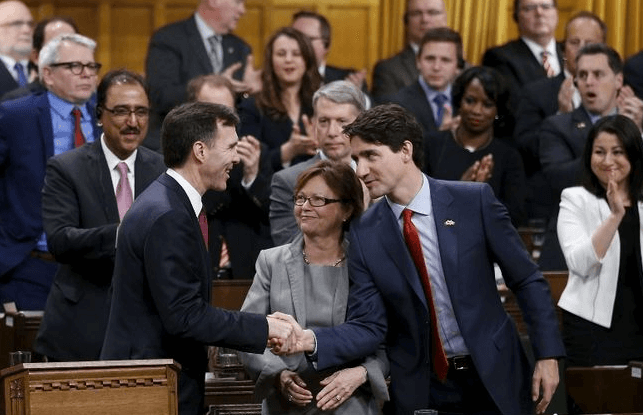 Bill Morneau will table his third budget this week. It marks an important moment in the life of his government, writes Munk Senior Fellow Sean Speer.

Bill Morneau will table his third budget this week. It marks an important moment in the life of his government.

Timing is important in politics and policy. The proximity to the next election is closing. This may have inflationary pressures on the minister’s budget figures. The result could be a higher and longer deficit.

Remember the government was elected on a commitment to run annual budgetary deficits of $10 billion for three years before restoring a balanced budget in 2019. It didn’t last long. Mr. Morneau’s first budget showed that Ottawa’s deficit would in fact be larger and longer.

The deficit is now roughly $20 billion. The timeline for returning to balance is indeterminate. A recent update on the government’s priorities characterized its fiscal promises as “underway — with challenges.” Quite the understatement.

The historical record and recent evidence suggests that those challenges may only grow. Let me explain.

The government has grown spending considerably in its first two years in office. Program spending has increased, on average, by 6.4 percent annually. This far outstrips typical benchmarks such as economic growth or inflation.

Spending growth is then inexplicably set to fall to an average of 2.3 percent in the final two years of the government’s four-year mandate. There’s little explanation or justification for this marked decline in year-over-year spending growth.

Think of it as a tale between two seemingly different governments — one that frivolously ramps up spending and other that better controls it. The odd part is the latter one proposes to do it in the lead up to the next election.

It amounts to a bit of a leap of faith. Canadians have reason to be skeptical — especially in light of historical evidence that government spending tends to go up rather than down as elections near.

A new study published by the Macdonald-Laurier Institute examines the link between the election cycle and government spending and generally finds a pro-spending bias. This is known in economic circles as the political business cycle. Election-driven fiscal opportunism is a blunter description.

A cursory look at the historical trendline in Canada isn’t fully definitive on this front. We’ve had 15 elections over the past 50 years or so. Spending growth increased in the year prior to the election in six cases. It was essentially flat in three and declined in the other six.

But over the full period, election-year spending was about 0.8% higher on average than in non-election years. It may not seem like a lot, but nearly a full percentage point is notable particularly as it raises the baseline for subsequent years.

What does this mean for Tuesday’s budget?

There will rightly be a focus on whether the government delivers on its promise of greater spending control or succumbs to pre-election pressure.

A failure to meet its own spending targets could lead to higher short- and medium-term deficits. If spending growth is closer to the past two-year average of 6.4%  rather than its current projection of 2.3%, it could result in a near doubling of its annual deficit. If spending growth is closer to the pre-election average of 7.8% over the past 50 years, then the deficit would be even larger.

It’s essential, therefore, for the government to set out a clear and concrete plan to deliver on its current spending projections and avoid falling into an election-driven spending trap.

This week’s budget is a prime opportunity for the government to set out such a plan. We’ll soon know.