Bitter fights over pipelines and other Canadian projects don’t have to be the norm: JP Gladu in the Globe and Mail 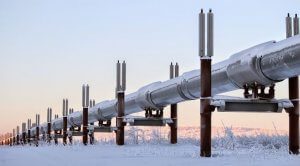 Indigenous communities are determined to help create economic opportunity, for themselves and all Canadians, writes JP Gladu in the Globe and Mail.

Over the past few years, Indigenous leaders, government officials and corporate executives have spoken loudly about the need to fix the country’s approach to major project evaluation and approval. In recent decades, major initiatives such as the Mackenzie Valley Pipeline, Enbridge’s Northern Gateway Pipeline and the Trans Mountain Pipeline have spent years mired in controversy and increasingly complex and expensive evaluation processes.

Everyone involved knows that Canada can do better. We can manage consultations with Indigenous communities more openly and effectively. We can do a better job of protecting the environment and finding the balance between economic development and land management. We can do better at addressing the economic and social consequences on regional residents. We can do better at meeting regulatory standards and at setting development rules that do not send investment capital out of the country. And Canada can make decisions more effectively and more efficiently, moving valuable projects from concept to construction and into operation.

But are these ambitious goals achievable in practice?

I’ve seen it work first-hand, too. Six months ago, I was offered the job of president of the Alaska-Alberta Railway (A2A), a major undertaking designed to end the economic isolation of the Northwest, create a shipping and development corridor to connect North America and Asian markets, and to bring about transformative change to communities along the railway route.

But this ambitious commercial reach is not what grabbed my attention. The founder of A2A, Sean McCoshen, offered an amazing vision, one that combined a viable, large-scale development project and a revolutionary approach to engagement with Indigenous peoples. In their view, A2A would be Indigenous-led, with a foundational commitment to fostering Indigenous participation and an unbreakable determination to reinvent project development in Canada, while building a viable and sustainable company.

The founders have set a target for 49 per cent Indigenous ownership of A2A and built in direct Indigenous representation on the board of directors, co-production of engagement principles and processes with corridor communities, commercial partnerships with Indigenous companies, active training and employment programs, and aggressive investigation of economic opportunities available in the Northwest. The purpose of A2A is not simply to build a railway; the goal is to spark, support and sustain an economic transformation of the Northwest, in full collaboration with Indigenous communities. Indeed, the railway is the tool of regional reinvention.

A2A will respect all rules, regulations and processes, but will go beyond the technical and legal requirements. Our primary partnerships will be with corridor communities, which will be invited to work on all aspects of the project, from the selection of the railway location through consultation, construction and operational activities. A2A will define its success, in large measure, on the basis of the economic and social well-being of Indigenous peoples in the region, and not simply on the profits generated by the infrastructure.

The work will be part of a pattern set by successful Indigenous-corporate partnerships, from Vale at Voisey’s Bay in Labrador to Cameco’s mines in northern Saskatchewan. These projects both provide substantial community benefits, employment and business opportunities for participating Indigenous communities. In instances such as Angnico Eagle and Baffinland in Nunavut, Eagle Gold in Yukon and the Diavik diamond and NorZinc mines in the Northwest Territories, companies have worked through regulatory processes with highly engaged Indigenous communities and active involvement with regional governments.

Following the path set by these successful Indigenous-corporate collaborations, A2A is committed to open and respectful dialogue with Indigenous communities and to the co-production of a development strategy for the project. The company is working closely with federal and provincial governments as well as Indigenous communities to bring this potentially transformative project to life. The company’s team will collaborate with the governments of Alberta, Northwest Territories and Yukon, First Nations and Métis communities, and with Indigenous and non-Indigenous companies from across the country to build one of the most interesting and important projects of this generation.

For the past 30 years, Canada has been struggling to balance Indigenous, environmental and economic interests surrounding major infrastructure projects. In recent years, the country has converted what could have been nation-building initiatives into legal battlefields and contests over public opinion. But we know, from watching hundreds of collaborations between Indigenous communities, resource firms and infrastructure companies, that models of mutually beneficial co-operation exist. First Nations, Métis and Inuit deserve to share in Canadian prosperity; indeed, they increasingly show that, as with the A2A Rail project, Indigenous communities are determined to help create economic opportunity, for themselves and all Canadians.

JP Gladu is the president of the Alaska-Alberta Railway Corporation Canada and a senior fellow at the Macdonald-Laurier Institute.