Can We Do Better By Chinese Students in Canada?: Charles Burton for Inside Policy 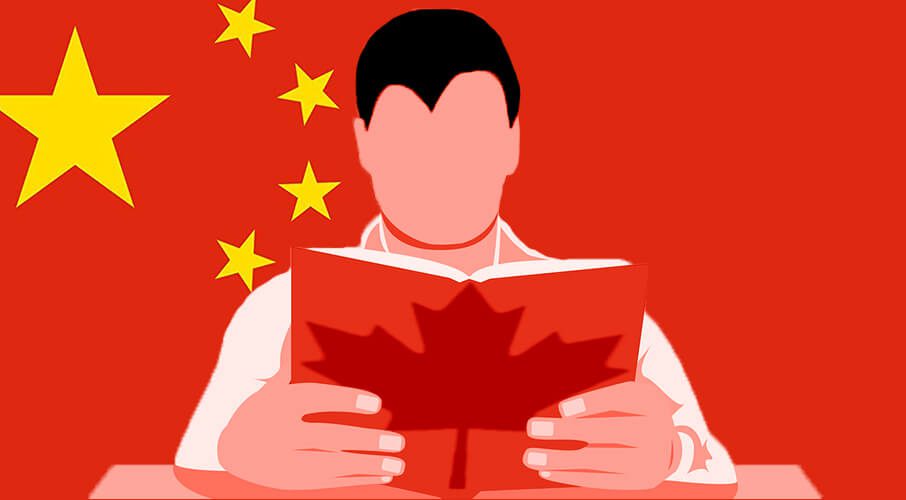 We need to put much more effort and resources into making the relationship with Chinese students work better, writes Charles Burton.

The Student Union at McMaster University in Hamilton, Ontario recently voted to de-ratify the student club status of its Chinese Students and Scholars Association (CSSA). The ruling cited a regulation against club conduct that “endangers the safety or security of any person or property.” It was prompted by the McMaster CSSA coordinating the disruption of a public seminar by Canadian Uyghur activist Rukiye Turdush on the Chinese government’s cultural genocide program against its Turkic Muslim population.

Turdush’s son, a student at McMaster, was threatened over social media allegedly at the direction of a PRC diplomat stationed in Toronto. Compelling anonymous testimony, given by a Chinese student studying at McMaster and confirmed by multiple sources, revealed that the local Chinese consulate tasks the CSSA to gather intelligence on Chinese students and others at the university and community. And that the consulate funds and coordinates political demonstrations in Canada to support China’s Communist regime.

The question of the PRC’s role in these student associations and other diaspora groups in Canada need to be addressed. Yet equally important is the extent to which Chinese students choose to support the PRC and its activities abroad on their own volition and what universities can do to try to try to help foreign students, from all countries, to gain a better understanding of Canada’s society, values, and democratic institutions.

Without a doubt, the presence of students from other nations enriches Canadian campuses. As someone who had a highly positive experience as a foreign student in China that I cherish decades later, I firmly believe that student exchanges promote friendship, mutual understanding and productive relations between nations. Chinese students are also enormously profitable for Canadian colleges and universities with budgets squeezed by government cutbacks because they pay foreign student fees often four, five or even six times those of domestic students depending on the program.

But international student offices at Canadian universities report low rates of participation by PRC students in activities designed to encourage foreign students to understand and integrate into Canadian society and the life of the campus. As one PRC student at the University of Toronto told me in Chinese “I am not going to be living and working in Canada in the future. Why the hell would I want to get to know these foreigners? What’s the point of going to take part in their activities? They don’t help me get good marks in my courses.” That being said, several Chinese students expressed their appreciation to their Canadian teachers for their patience and kindness in helping them overcome language and cultural barriers to success in their coursework.

But for most of the PRC students in Canada who I interviewed, the motivation for coming to Canada is not a positive one, but a second choice after their high school grades fall short of the very high standard demanded by the PRC’s unified university entrance exam to get into the top schools in China. So their commitment and orientation is to their native land.

There is nothing wrong with having a primarily economic motivation behind foreign students undertaking studies abroad, in order to find gainful employment back in their country of origin rather than staying as new immigrants. Still, we need to do a better job in ensuring students understand and integrate in Canadian society – for the value that it brings to the student once they travel back to their native land and for the benefit of Canadian society during the students’ period of study in the country.

The first point goes to the idea that a better understanding of Canada – its society, values, and democratic institutions – is something worthwhile for foreign students. In the case of students from the People’s Republic, we can hope that they will become agents for progressive change when they return to China as adults.

On the second point, it’s useful to turn once again to the situation in McMaster and to ask whether some Chinese students might have willingly cooperated with Chinese authorities. As one Chinese student explained to me on their relationship with Chinese diplomats, they do not necessarily need to be coerced by threats to their futures or families in China to comply with what the Chinese regime covertly requests of them.

Simply put, many Chinese students feel it is their patriotic duty to serve the motherland China – and that can prove problematic for Canadian society, especially when students become witting agents of influence for the authoritarian PRC regime.

Of course, many Chinese students do feel coerced by threats to their future and families as well, and this fact needs to be taken into account. The Canadian Charter of Rights and Freedoms demands that those Chinese students who wish to remain politically neutral should be protected from harassment by agents of a foreign state. But many complain they are not getting this protection in Canada.

None of the students interviewed indicated that they faced explicit racism in Canada. But they do feel like outsiders in the Canadian student communities. Part of this is due to language and cultural differences (most Chinese do not enjoy activities like noisy pub night mixers). Part of it is due to Canadians not trying hard enough. All too often, university administrations simply see Chinese students as a cash cow to be milked to the maximum extent possible.

This is just not good enough. We need to put much more effort and resources into making the relationship with Chinese students work better.

The Toronto Star/St Catharines Standard three part series “Price of Admission” on the explosive growth of international students at Ontario colleges makes several worthwhile recommendations, including providing more counselling support for foreign students, cultural sensitivity and awareness training for teaching and administrative staff so that there can be better understanding of the unique challenges and circumstances that international students face, and a buddy system matching international students with their domestic peers to better integrate them into the school community.

Canada-China relations as a whole urgently require a major Canadian rethink and meaningfully funded re-commitment. How we look after and better serve Chinese students in Canada is a good place to start.

Charles Burton is associate professor of political science at Brock University at St. Catharines, Ont., senior fellow at the Macdonald-Laurier Institute’s Centre for Advancing Canada’s Interests Abroad, and former counsellor at the Canadian Embassy in Beijing.