What Canada can learn from Hong Kong’s experience with colonialism: Amy Lai in the Globe and Mail 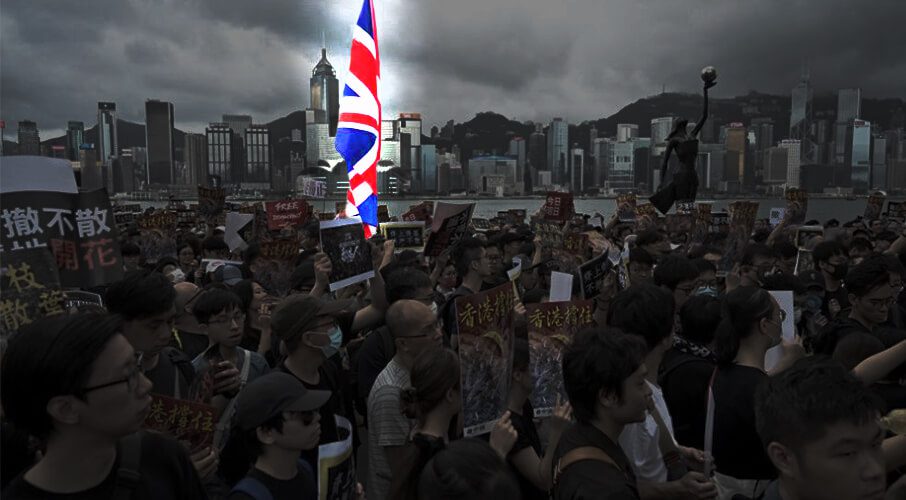 There is still a yearning for Hong Kong’s days under British rule and the spirit it left behind in its people, writes Amy Lai.

The British colonization of Hong Kong – which stretched from 1841 to 1997, except for three years of Japanese occupation during the Second World War – was not done with the best of intentions, nor did its governments always act in good faith. After China lost the Opium War, Hong Kong, which was then part of Imperial China and was little more than a village, was ceded to Britain under the Nanjing Treaty. Lesser British officials were appointed governors and ushered off to this faraway territory. In its early years, colonial governance was poor, and most inhabitants led hard lives.

Yet, when faced with the Beijing-backed administration’s recent decision to rush through a bill that would allow its citizens to be more easily extradited to mainland China, millions of Hong Kong people took to the streets. Demonstrators felt that the handover pact between Britain and China, ensuring rights and freedoms for 50 years, had been violated. And when the weeks-long movement occupied Hong Kong’s parliament chamber on the 22nd anniversary of the transfer, protesters tied Hong Kong’s colonial-era flag to the podium; one waved the Union Jack.

Colonialism has undoubtedly left an ugly mark on countries around the world. But it’s clear there is still a yearning for Hong Kong’s days under British rule – and the spirit it left behind in its people.

Indeed, many people in Hong Kong, including those born before the Second World War, tend to look back to the colonial era with varying degrees of fondness. Soldiers from the Commonwealth, including Canada, died trying to defend Hong Kong during the war. When Britain returned after Japan ended its occupation, political reforms sought to give the people of Hong Kong a greater stake in the territory by granting them more political power.

With improved governance, made possible by the wisdom and endeavours of both British and local leaders, the colony rapidly flourished in the postwar order. Capable governors – including Sir Murray MacLehose, who ushered in significant reforms and funding and an independent anti-corruption unit; Sir Edward Youde, who insisted on flying economy class and had a scholarship for students set up in his honour after his sudden death; and Chris Patten, who was beloved for his willingness to listen – became respected figures.

In the meantime, China was buffeted by calamities both natural and man-made. After the rise of the People’s Republic of China (PRC), poor weather, in concert with Mao Zedong’s Great Leap Forward policies, caused millions to starve to death; his government also used executions and camp systems to see his revolution through.

The 1967 riots, in which PRC supporters engaged in terrorism and pitched Hong Kong into chaos, felt like a warning shot – colouring citizens’ vision of what could come with the handover to Beijing.

Through this, a distinct culture evolved in the colony. While those who long for the good old days are accused of lacking self-respect – even nicknamed “running dogs” of the British – we know that people should be judged not by their race or ethnicity but by their character and conduct. So, too, should systems of governance be judged on their merits. The people of Hong Kong may not have had real democracy under British governance, but they did enjoy many of Britain’s liberties – among them the freedom to call a spade a spade. That’s what is now at stake, and the sustained popular outcry shows just how unique Hong Kong’s culture is – forged for the most part by the influence of Britain and local people, not China.

China’s takeover of Hong Kong in 1997 effectively marked the beginning of its recolonization. The people of Hong Kong had no say over the handover of their home to a country that, more than ever, felt politically and culturally distinct, a divide that has only widened. The takeover also appeared to lack legitimacy, since the imperial government of the Qing Dynasty that signed the treaty had long collapsed, and the Chinese government of the time was much younger than the colony itself. Corruption is now rampant, and Beijing’s lax approach to oversight grows alongside the wealth gap. China continues to pump as many as 150 mainlanders every day into Hong Kong on one-way permits without screening on the city’s side, systematically fraying the ties of British influence.

Recently, the people of Hong Kong crowdfunded more than $1-million to place full-page advertisements in major newspapers to warn the world about China’s iron grip and the impact of Hong Kong’s extradition bill. They did so out of disgust with the corrupt officials who repeatedly ignored their requests to safeguard the rule of law and instead cracked down on their peaceful protests with violence. But they also did it out of their love for freedom. That ardour is embedded in what it means to be from Hong Kong – and it’s a legacy of its colonial era.

The Hong Kong example is among the many that shed light on the multifaceted nature of colonization. As such, it probably should inspire educators on what discussions on colonialism should look like. At Canadian universities, some professors fulfil their role as educators by facilitating real dialogues on colonialism. They listen to students from different backgrounds with enthusiasm. Yet some clearly fail to get beyond their narrow horizons and seek to push overly simplistic narratives on colonialism, which see the colonizer as evil and exploitative and the colonized as helpless and agentless.

What else can Canada learn from Hong Kong? That history is as messy as a comprehensive narrative of colonialism is nuanced. The good deeds of historical figures deserve to be remembered and celebrated, while bad ones provide ample opportunities for learning.  Compassion should be mobilized towards helping Indigenous peoples in substantial ways. Decolonizing practices, such as removing vestiges of colonialism, is arguably not. Ironically, such practices, though often well-intentioned, are reminiscent of China’s ruthless but frustrated attempts to decolonize Hong Kong.

Hong Kong may be doomed, but Canada is not. Rather than obsessing over the past, Canada should cherish and honor its democratic tradition. Moving forward, it must listen to all voices, respect everybody’s liberties, and maintain a system of governance that is fair and equal to all.

Certainly, Hong Kong’s halcyon view of its time under Britain’s wing stems from the fact it managed to emerge better than almost any other former colony, British or otherwise. Still, it’s worth noting the rare cases – ones in which good governance is combined with hard, earnest work on both sides – that allow the good of colonialism to outweigh the bad.

The alternative – tyranny – is invariably evil.

Amy Lai is a lawyer and author of The Right to Parody, as well as a book on free speech in higher education under contract with the University of Michigan Press. This article is an expanded version of a piece that was published in the Globe and Mail.