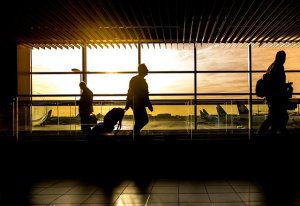 Canada wasn’t our first pick. But it was the hand that fate had dealt us, writes Kaveh Shahrooz in Open Canada.

When I think about my family’s immigration to Canada a little over 30 years ago, I only have fragments of memories. I suspect my failure to record full memories was a defence mechanism. I was a sensitive 10-year-old boy, and absorbing the second-hand stresses of my parents who were dealing with financial hardships and the loss of status was the darkest part of an already-tough childhood.

What I most recall is how my journey to Canada almost didn’t happen. If not for an accident of history, my life would have played out very differently and I never would have become Canadian at all.

But first let me tell you about some of those fragments, the pieces of my past that float in front of my mind’s eye whenever I think about my immigration.

There was the taxi ride from Pearson International Airport to our temporary lodging when I, a child raised in overpopulated, traffic-congested and polluted Tehran, marvelled at how quiet the car was, how empty the roads were and how there seemed to be no people around.

I remember the soccer fields around my new house. Kids my age in Iran would play soccer in every inch of available space in the streets and alleyways. I couldn’t comprehend why beautifully manicured fields sat empty.

I remember, too, my first visit to a North American supermarket, the now-defunct Miracle Food Mart.  It was stocked to the brim with products I had never seen before. And I remember the puzzlement on my dad’s face when the cashier asked him if he had any coupons for his purchase. Throughout the Iran–Iraq war, Iran’s government had rationed all essentials, and the documents that permitted us to buy food and other necessities were called “coupons.” It took a confused and lengthy conversation for my dad to understand that “coupon” in Canada meant something different than it had back home.

My first day at school felt as though I had entered another dimension. At my school in Iran, we started the day by lining up to chant the political slogan du jour. Usually that was “Death to America!” but sometimes we’d yell for the death of France or Great Britain, depending on how the political winds were blowing. We sat in rows and had to stand up and show respect any time the teacher entered the room. And we took care not to repeat our parents’ complaints about the government lest they be reported to the authorities. Attending a Toronto school where the students’ colourful artwork filled the walls, where carefree kids wrestled and made faces and did anything but read at the “reading carpet” and where kids addressed their teachers in the most casual ways all struck me as signs I was at an insane asylum rather than a learning institution.

When my classmates talked about playing hockey or going to camp, I kept quiet. Why burden them with stories of my own childhood spent visiting prisons to see my political prisoner relatives, or running to the basement when bombs fell on Tehran?

I remember seeing my mother cry when she came home from a meeting with our member of Parliament. My mother had gathered her courage to go and complain about the fact that she was not permitted to practice medicine, the profession that had been her joy and pride. But the MP had told her, “Well, we can’t just let everyone walk in the door and pretend to be a doctor.” My mother was angry and sad, but mostly confused. “If they didn’t want a doctor,” she would often say, “why did they give us extra points on our immigration application for my medical degree?”

These memories, sad though some of them may be, are the stuff of immigration. And they were the precursor to a blessed life in Canada that has afforded me tremendous opportunities for education and advancement.

But, like I said, I came very close to having a different life altogether.

In the mid-1980s, when my parents were trying to come up with plans to leave post-revolution and war-torn Iran, Canada was not on their shortlist. Their knowledge of Canada, they told me years later, was limited to three things: Canada is very cold; Montreal is a city in Canada; and Montreal is home to a good university named McGill.

They instead thought about England, a country whose quasi-colonizer role in Iran had made it a country that Iranians travelled to and wrote about often.  And they considered the United States, particularly southern California — the place to which many Iranians, and especially those with ties to the ancien regime, had escaped after the revolution.

But those places wouldn’t grant visas to them and their two young children. My parents were learning that when you carry the passport of a country that takes hostages at embassies — as Iranian revolutionaries did after storming the American embassy in Tehran in 1979 — you cannot be too picky.

Because there had been a long tradition of Iranian physicians training in France, my mother, one of the first female hematologists in all of Iran, had many colleagues with ties to that country. So, my parents considered themselves lucky when they received a call from the French embassy informing them that our application for immigration to France had been provisionally accepted.

While we waited for the paperwork and medical exams and background checks to be completed, we began to prepare. My parents hired a French teacher, Madame Ophélie, to tutor all of us. Her exact looks and manners escape me now, but I remember being enchanted, as only young boys can be, by this ethereal French woman who lived in Iran for reasons I cannot recall and who brought colour and flair to our otherwise drab surroundings. We learned about France and imagined what life in Europe might be like.

It is rare to be able to pinpoint a moment when history intersects with your life. But in my case, history came in the form of the now-forgotten Affaire Gordji.

The story, which I certainly didn’t grasp as a child and can only partly piece together from news reports now, is a complex one involving a French left-wing guerilla group, North African terrorists, French hostages in Lebanon and an armed Iranian opposition group based in Paris. But the core element was this: Wahid Gordji, ostensibly an Iranian diplomat and translator, was believed by French intelligence agencies to have orchestrated bombings that killed 13 people in Paris in 1986 and wounded more than 150. Refusing to be questioned, Gordji took refuge in the Iranian embassy in Paris, which forced the French police to seal off the building. Iran retaliated by blockading the French Embassy in Tehran.

On July 17, 1987, France and Iran cut off diplomatic relations. Our visa was never granted.  The path of my life went in an entirely different direction.

By the time embassies re-opened in both capitals, my parents had abandoned their goal of moving to France and were well on their way to emigrating to Canada. That process involved my father travelling to Damascus for an interview at the Canadian embassy. It involved, too, the usual hassles faced by a family with disagreeable politics that wanted to leave Iran. We found out, shortly before our departure date, that my dad was deemed “mamno-ol khorooj” (banned from exiting). It took a lot of wrangling to reverse that decision.

Finally, after one exploratory trip in early 1989, my family arrived at Pearson in October 1990. Canada wasn’t our first pick. But it was the hand that fate dealt us.

Kaveh Shahrooz is a lawyer, a human rights activist and a senior fellow at the Macdonald-Laurier Institute’s Centre for Advancing Canada’s Interests Abroad.