Canada should commit to doubling its GDP by 2050: Philip Cross in the Hub 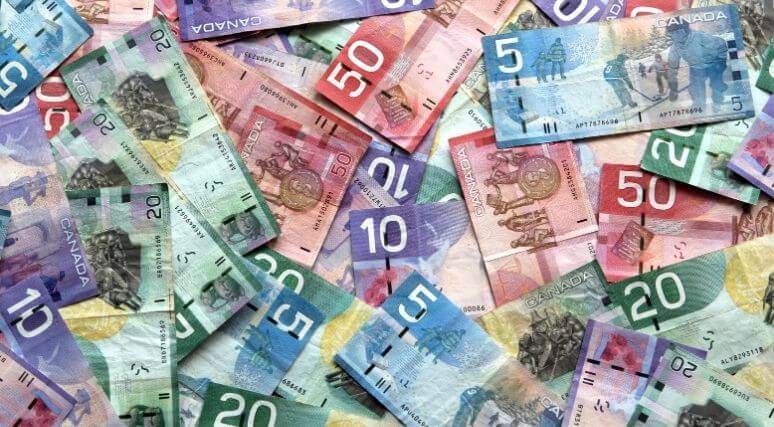 The goal of doubling GDP in three decades sounds audacious but it requires annual growth of 2.5 percent, writes Philip Cross in the Hub.

This article is a part of a series of essays from the Hub about the most consequential issue, idea, or technology for Canada in 2050.

The unfolding federal election campaign will inevitably be marked by a series of competing spending promises with little or no concern for how the different political parties will pay for them. The entire exercise will merely presume that the Canada’s economy will grow enough now and into the future to throw off the revenues to cover these growing demands on government.

It’s a huge omission — and indeed a huge mistake — to take economic growth for granted. We need a means to reorient our political and policy debates to achieving higher rates of economic growth as a foundation for a more innovative and more prosperous society.

One policy tool that may help to better focus policymaking on economic growth is the use of clear, measurable targets similar to what the current government is doing climate change in general and its goal of net zero emissions in particular. Setting such targets can not only enable more informed policymaking (including accounting for trade-offs and opportunity costs), but it can also help to shift the broader political dialogue to the best means of growing Canada’s economy over the long-term.

The federal government recently announced a more ambitious goal for CO2 emission reductions of 36 percent by 2030, on the way to its aspirational 2050 target of zero net emissions. To achieve this goal, the government proposed “to develop and apply a climate lens that ensures climate considerations are integrated throughout federal government decision-making.”

Targets are nothing new to guide government actions. The federal government has had annual immigration targets for decades. Inflation targeting is the foundation of the Bank of Canada’s monetary policy. Budget deficit targets helped governments deal with the fiscal crises of the 1990s and may yet prove indispensable in dealing with today’s record deficits.

Indeed, one of the current government’s problems is it has had no fixed fiscal target, instead shifting constantly from an absolute level of temporary deficits to the deficit as a percent of GDP, then to the debt relative to GDP and finally to vague “fiscal guardrails” and the abandonment of meaningful targets altogether.

But given the proven usefulness of targets in other areas, perhaps it is time the federal government set a long-term target for Canada’s GDP. After all, GDP is the key to creating the incomes that drive employment gains and generating the tax revenues to finance most government operations.

The goal of doubling GDP in three decades may sound audacious but it actually only requires annual average growth of about 2.5 percent, which should be attainable. While above our recent average of 2.0 percent, it remains well within the growth rate Canada has managed to sustain over long periods in the not-so-distant past.

Establishing a goal of higher growth would force governments to be more cognizant of the consequences for growth of all its actions, including the many policies that focus on redistribution and various initiatives to curb greenhouse gas emissions.

Trade-offs exist between many environmental programs and the economy. In many instances, we do in fact have to choose between competing objectives. For example, while more energy efficiency and less waste are clearly beneficial, the long-term increase in our living standards has relied upon affordable energy. Unless alternative energy sources can be substituted for cheap fossil fuels at an equally low-cost, our standard of living will suffer. The corollary is plans to lower emissions with costly energy sources necessarily involve a trade-off that lowers economic growth.

Setting long-term goals for growing the economy also would help governments focus on the long-term determinants of growth. Starting with the 2008-2009 global financial crisis, followed by the 2015 oil price shock, and now the pandemic that began in 2020, governments have become chronically over-reliant on policies that attempt to stimulate the economy in the short-run but ultimately damage the economy’s ability to grow in the longer-term.

Moreover, economic, demographic, and environmental policies should be examined together because they are intertwined. Professor Ross McKitrick outlined the difficulty of reducing emissions in a growing society. Overall greenhouse gas emissions are a function of the carbon intensity of our economy and the growth of real income and population, which by themselves raise carbon consumption, making it more difficult to meet emissions targets. To achieve the promised 36 percent cut in emissions by 2030 requires an average annual decline of 3.8 percent in emissions from their actual level in 2019. Achieving such a reduction will be challenging enough for Canada, which despite years of lip service about the need to reduce emissions has struggled just to stop them from growing (Canada is hardly unique in that regard).

However, as McKitrick observes, if population growth increases by 1 percent a year and GDP per capita increases by 1.5 percent annually, then carbon intensity would have to fall by 5.8 percent a year by 2030. Lowering emissions intensity by 46 percent in such a short period is unrealistic with tools such as carbon pricing and regulation; for example, it would require the implementation of a carbon tax of well above $200 per tonne very soon, which would inevitably slow GDP growth.

Unrealistic climate goals will almost certainly lead to bad policies that cause harmful unintended outcomes for both the economy and the environment. As 2030 approaches and Canada remains well short of its climate goals, pressure will build to curb the growth of our population and economy as a short-cut to reach elusive emission targets. However, less population growth necessarily would mean reducing immigration, which would in turn accelerate the ageing of our population and further aggravate the slowdown of economic growth.

A major benefit of a binding target for GDP is to prevent such a sacrifice of long-term income growth to attain emissions targets. A solution must be found where both economic and climate goals can be achieved at the same time.

In the long-term, technological innovation is the only viable solution to reducing emissions intensity while maintaining real income growth. The recent pandemic showed that our society’s faith in technology was justified. We really had no other plan for dealing with the COVID-19 virus, as wearing masks, social distancing, and other societal restrictions could not have been sustained much longer without devastating impacts, especially for young people. This confidence in vaccine technology was rewarded with the development of multiple vaccines in record time.

We need to have the same confidence and resolute pursuit of technological solutions to greenhouse gas emissions without slowing economic growth. Setting the goal of doubling GDP by 2050 reinforces that necessity.

Philip Cross is a senior fellow at the Macdonald-Laurier Institute. Prior to joining MLI, Cross spent 36 years at Statistics Canada specializing in macroeconomics.