The world has changed. Canada's defence strategy hasn't changed with it: Ross Fetterly for Inside Policy 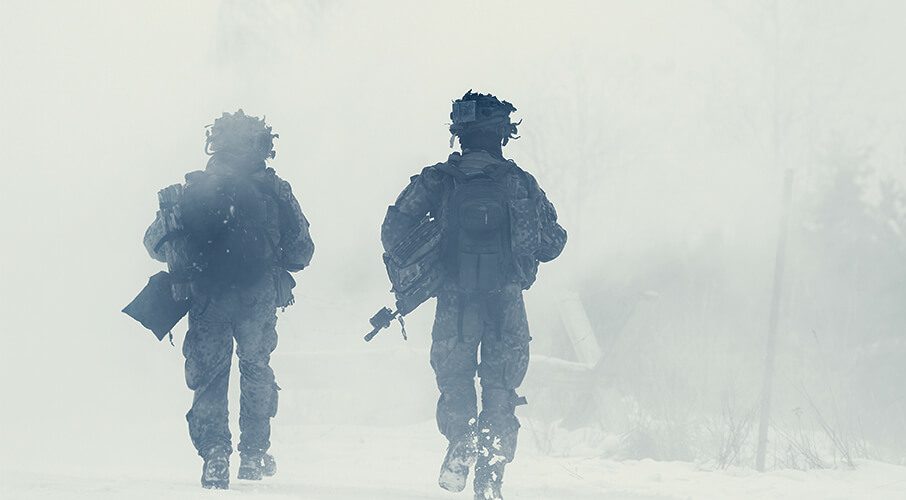 The next government needs to re-examine current defence policy and respond to the more complex threat environment, writes Ross Fetterly.

The closing of the post-Cold-War era saw the release of the 2005 Defence Policy Statement and the 2008 Canada First Defence Strategy.  Once again, the global security environment is changing rapidly, and the lifespan of defence policies is getting shorter. In 2017, the government released a new defence policy titled Strong, Secure, Engaged, which had a detailed (and well-costed) list of capital equipment projects projected over 20 years and a modest increase in authorized military personnel strength.

The 2017 defence policy focused on meeting current commitments and requirements. However, most of the commitments were expected to be fulfilled in the next two government’s mandates. Equally important, the policy was not tied to a National Security Strategy.  The government that will be elected on October 21 will need to reflect on the changes that have occurred in the international strategic environment, make course corrections as required, and ensure funding remains available.

Canada has remarkably avoided many of the different complex issues related to national security and defence facing our allies. We have stepped up in NATO with commitments in Eastern Europe and Iraq and provided a token presence in Africa for one year.

Clearly, an uncertain and fragmenting Western world is a concern for Canadians.  Some of the most salient threats include the prospects of increasing "grey zone" operations from illiberal countries, the fragmentation of international institutions, and the warming of the Arctic.  Canada needs to maintain a multi-capable deployable force to operate in the future security environment. These issues should be among the forefront of defence and security issues discussed by Canadians during the election period.

First, China and Russia are increasingly employing indirect and non-military actions in a manner that threatens Canadian interests without eliciting escalation. Such grey zone operations can include interfering in elections, political and economic coercion, as well information operations and cyber-attacks against government or private sector organizations to achieve desired objectives. Examples include Chinese state-sponsored cyber attacks against Canada’s National Research Council and other agencies, China’s mobilization of its foreign students studying in Canada, as well as tapping the large Chinese diaspora in this country, and Russia’s use of troll farms to target both Canada and the United States with false news regarding the Canada-US Keystone XL pipeline.

From a military perspective, grey zone operations can include using violence or other indirect non-military means through quasi-state entities or proxies to weaken or divide Western government. Russia has been particularly adept at such hybrid warfare operations in Ukraine, Georgia, and elsewhere. Importantly, these techniques or actions fall within the boundaries between war and peace for national advantage.

Second, Canada has traditionally relied upon international institutions developed after the Second World War. Yet these are becoming less effective and less influential.  The long-standing Western leadership of the United States has shifted to an “America First” perspective, while the United Kingdom lacks a consensus on its place in Europe.  Furthermore, continental Europeans have their own political and economic issues.  The Bretton Woods institutions – the International Monetary Fund and World Bank – have declined in importance globally. Meanwhile, we have seen the rise of non-Western-led institutions, such as China’s Asian Infrastructure Investment Bank.  Similarly, the UN Security Council has limited real influence in resolving conflicts in a world that is disintegrating, as a result of nationalism, extreme ideologies, inequality, as well as economic and political conflicts between major powers.

Canada is a country that joined and actively engaged in international organizations but more recently has held back in providing troops to multinational missions. To some extent, this is reflective of the changing nature of conflicts over the past 70 years. Canada began participating in UN peacekeeping in 1948, and was one of the most active national participants.  However, it also witnessed the failure of UN missions in Somalia and Rwanda, where there was no peace to keep.  The subsequent conflicts in Afghanistan, Iraq and Syria provided a further illustration of this trend.

Following the mission in Afghanistan, Canadian policy-makers have become very selective in when or where to deploy troops overseas as part of coalition-type operations. With both Russia and China striving to shape a world antithetical to Western values and interests, frustrate the consensus on addressing conflicts through the United Nations or other multinational initiatives, even as they repress their own citizens, Canada now faces a fare more complicated environment in which to resolve transnational security issues.

Third, the Arctic is currently warming significantly faster than the rest of Canada, with the melting sea ice opening up sea routes that were unnavigable year-round. Russia has significantly re-built up its military presence by re-opening and modernizing Soviet era facilities in the north. Meanwhile, given its aspirations as a near Arctic state, China views the Northwest Passage as a future shipping route, with the region itself representing an opportunity to pursue resource extraction.

With limited Canadian icebreaking capability and a minimal military full-time presence in the Arctic, future security for that region is an increasingly important issue.  The unprecedented rate of warming brings forward the necessity to decide on an appropriate military presence in the North. Russia and China now view the Arctic region as an emerging strategically competitive region, a perspective not held since the Cold War.  Canadians need to understand that a great power competition is developing in the Arctic: and Canada will be directly affected by the outcome.  The harsh reality is that the Arctic is changing as we have known it since confederation, and Canada needs to make significant investments in the North in response. But if we desire to exercise sovereignty and ensure stewardship oversight, do we have a choice?

Defence issues are by their very nature long-term, and the benefits to Canadians indirect.  In contrast, major political party platforms often involve immediate issues that impact Canadians directly.  That being said, Canadians will still need to contend with an international security environment marked by a range of complex threats.  In this regard, the Canadian Armed Forces is an important institution that can be used, in cooperation with our allies, to support international peace and stability.  Military capabilities need continued investment to remain relevant and responsive to a changing international strategic environment.

While political parties in Canada generally focus on a domestic agenda to get elected, events outside Canada can lead to deployments of Canadian troops overseas.  Over its four-year mandate, the next government will be making the investment decisions on capital equipment and setting funding levels, which will reverberate through the department and military for the next two decades.  Hence, the next government needs to re-examine current defence policy and make any adjustments to respond to new or emerging issues.

Dr Ross Fetterly is an Adjunct Professor in the Department of Management at the Royal Military College of Canada, and retired from the Canadian Forces in 2017 as the RCAF Comptroller and Business Planner.