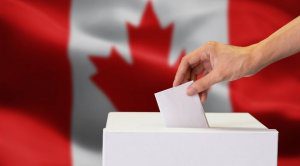 All federal political parties should commit to detoxifying our information environment and defending our democracy and society against malign foreign manipulation. The immediate and long-term cohesion of our society and our democracy is at stake, writes Marcus Kolga in the Star.

Over the past decade, Western liberal societies have experienced an ongoing breakdown in public debate, leading to polarization, intolerance, and political violence on both the left and right.

This decay in our discourse has been helped along in no small part by hostile foreign actors who are actively exploiting our democracy and social media. We must immediately address this threat and adopt measures to detoxify our information environment by deterring those who seek to undermine our democracy.

By neglecting to impose costs on foreign interference and disinformation we have inadvertently facilitated the normalization and domestication of it. A recent analysis of the Kremlin’s strategy outlines Moscow’s efforts to inject “media viruses” — disinformation narratives that are shared widely on social media — into American society that eventually become “self-sustaining and self-replicating” by domestic actors.

Canada’s Communications Security Establishment has released a new report about foreign interference in Canada ahead of an anticipated fall federal election, in which they warn that it is “very likely” that “Canadian voters will encounter some form of foreign cyber interference.”

Governments in China, Russia and Iran have all targeted issues of Canadian national interest to manipulate public opinion and debate. Furthermore, Canadian activists who criticize these regimes, are being directly targeted with threats and intimidation by the Chinese, Russian and Iranian governments as part of their growing transnational repression.

When allowed to proliferate unchallenged, foreign narratives have the power to influence our democratic decision-making processes, as happened in Canada’s Senate when a motion to recognize the Chinese government’s genocide against ethnic minority Uyghurs was recently rejected.

Social media platforms, despite their benefits, are businesses and motivated by profits. They are unreliable guardians against foreign disinformation. For instance, in May 2021, YouTube generated ad revenue from a young Belarusian journalist’s forced confession, which was posted by Belarusian state media.

Twenty years ago, traditional mainstream media helped ensure that our national debates were based upon a commonly agreed set of facts about local, national and international events. Today, truth itself is under siege by foreign controlled state media and niche political platforms on both the left and right, leading to distrust in all media.

However, there are steps that we can take to detoxify our information environment and defend it from attack by hostile foreign actors.

First, we must limit the reach of malign foreign state media in Canada by imposing costs on its producers. Foreign broadcasters like Russia’s RT and RTR Planeta, Belarus’ Belta, and China’s CGTN and CCTV break Canadian laws by promoting hate, conspiracy theories, and disinformation that are intended to polarize Canadian society. By placing sanctions on such entities, we can limit some of our exposure to them. This includes limiting the ability of foreign state media to use western platforms, like YouTube and Facebook, to distribute their narratives and terminating the revenues they generate from them.

Second, the Canadian government must follow the lead of Sweden, Finland, Taiwan, and the Baltic states by developing a whole-of-society approach to defending our information space. This includes basic media literacy training, starting with school-aged children. Media literacy training to defend against foreign interference and influence operations should be mandatory for all elected and appointed officials and their staff. The National Security and Intelligence Committee of Parliamentarians should be made accountable to Parliament, and given the power to investigate issues and policies that will protect our democracy from foreign influence operations and interference.

Third, elected officials and the government must be made more accessible to Canadians. A system of participatory democracy like Taiwan’s — through which Canadians can directly interface with officials, safely engage in meaningful debate and propose ideas — is a possible antidote to help foster a trusted national dialogue.

Fourth, a national foreign influence registry, like the ones implemented in Australia and the United States, is desperately needed to maintain transparency with regards to foreign influence. Former Canadian elected officials and diplomats who work with groups backed by Moscow, Beijing, and Tehran must be identified. This must include former officials with current and past roles in corporations and trade organizations linked to these regimes.

Finally, in the lead-up to the 2019 federal election, the Minister of Democratic Institutions, Karina Gould, introduced several preliminary steps to protect the integrity of our elections, which were expected to be developed into a permanent set of measures over the past two years. Instead, they were terminated and no coherent government policy on the threat of foreign interference has been articulated since that time, leaving our democracy exposed.

In advance of the anticipated fall federal election, Canadians must assume that our democratic process will be targeted by foreign interference. All federal political parties should commit to detoxifying our information environment and defending our democracy and society against malign foreign manipulation. The immediate and long-term cohesion of our society and our democracy is at stake.

Marcus Kolga is the director of DisinfoWatch.org and a senior fellow at The Macdonald-Laurier Institute.