Canada liberated Europe, while the Soviets conquered it: Marcus Kolga in the Toronto Sun 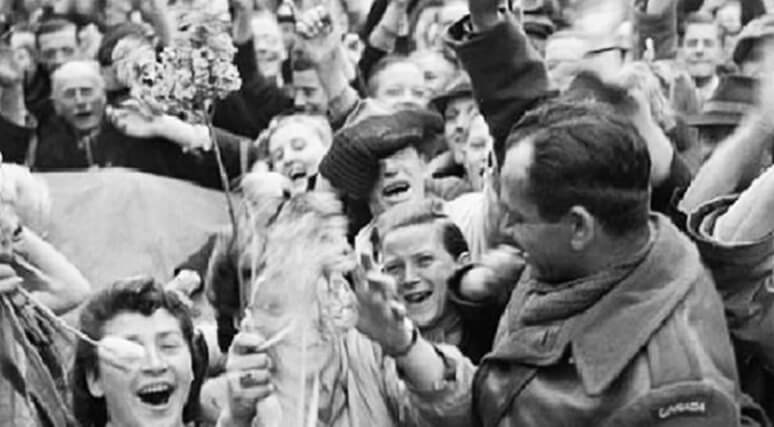 For the millions of Canadians whose families fled Soviet terror and occupation, the glorification of Stalin and the Soviet Union on Victory Day is a painful and deeply hurtful reminder of the deep trauma they and their families suffered. Any efforts to distort and falsify this history must be rejected and condemned, writes Marcus Kolga.

A highlight on the Soviet – and now the Putin regime – propaganda calendar, Victory Day romanticizes the Soviet occupation and repression of much of Central and Eastern Europe. The spectacle of Russian military power features parades of Russian soldiers, nuclear missile launchers, battle tanks and flyovers by fighter jets – not dissimilar to those held in totalitarian nations like North Korea.

While those who contributed to the defeat of Nazi tyranny should always be recognized for their heroic efforts, the warped historical narratives fabricated by the Kremlin and promoted as part of Victory Day must be rejected and challenged with the historical truth, starting with the role that the Soviet Union played in enabling the start of the Second World War.

On Aug. 23, 1939, Stalin and Hitler signed a secret pact to carve up Europe between them. The agreement led to the coordinated Nazi and Soviet invasions of Poland shortly thereafter. According to historian Timothy Snyder, Stalin characterized the Soviet alliance with Hitler as one that was “cemented in blood.”

Yet the impact of the Stalin-Hitler pact reached well beyond Poland. Ilya Lensky, the director of the Jewish Museum in Latvia recently reminded me that “the Soviet invasion of the Baltic States in June of 1940 coincides with the Nazi conquest of France.”

On June 18, 1940, just days after the Nazis captured Paris, Stalin’s foreign minister Vyacheslav Molotov summoned Hitler’s ambassador in Moscow. At this meeting, Molotov “expressed the warmest congratulations of the Soviet Government on the splendid success of the German Armed Forces” for their invasion and occupation of France. He told Hitler’s ambassador that it was “necessary to put an end to all the intrigues by which England and France had tried to sow discord and mistrust between Germany and the Soviet Union.” Stalin would not allow any nation to come between him and his ally, Hitler.

As Nazi soldiers marched down the Champs-Élysées in Paris, Stalin was finalizing the Soviet occupation of the Baltic States, launching mass arrests, deportations and executions.

“As the Sovietization went on, and the occupation regimes were installed in full scale, absolutely all public organizations were closed and most of the Jewish schools were liquidated,” explained Lensky. “The image that the Jews were avid supporters of the Soviet regime – is fake. This was extensively spread by Nazi propaganda.”

Contrary to the Kremlin’s selective historical memory, Stalin was quite comfortable with the arrangement he had struck with Hitler, which only became problematic for the Soviets when Hitler shifted his murderous gaze eastwards.

After Canada and its allies liberated Western Europe from Nazi tyranny, they set upon the great task of rebuilding their war-ravaged economies, societies and democracies until they were able to function again as fully independent nations.

The Soviets, on the contrary, burned, looted and brutally repressed the nations they “liberated,” crushing the freedom and independence of those nations and the millions living in them for generations to come.

For the millions of Canadians whose families fled Soviet terror and occupation, the glorification of Stalin and the Soviet Union on Victory Day is a painful and deeply hurtful reminder of the deep trauma they and their families suffered. Any efforts to distort and falsify this history must be rejected and condemned.

As we remember the sacrifices of all who helped liberate Europe from Nazi tyranny on May 8th,  Soviet Victory Day must be remembered as the day hope and liberty died for millions of Europeans, who were forced to endure Stalin’s mass terror and totalitarianism for nearly 50 years after the end of the Second World War.