Canada must divide its military resources along foreign and domestic lines: Christian Leuprecht in the Globe and Mail 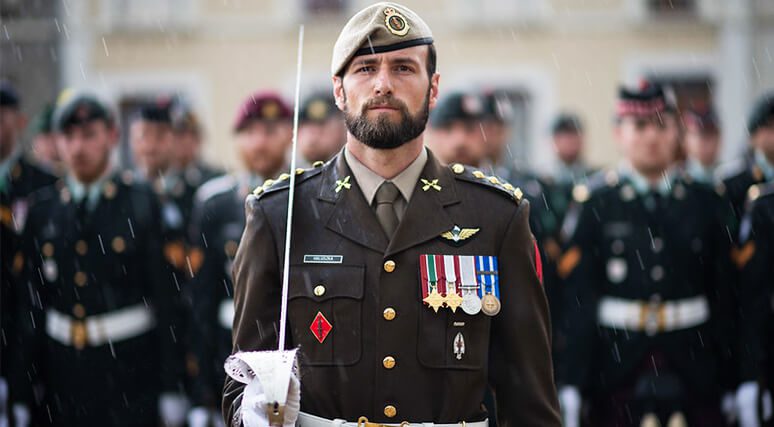 Canada can learn from its allies: home and away need not be zero-sum games, especially when a country spends as little on its armed forces as Canada does. Christian Leuprecht writes that we will need a better-organized military that is actually structured to optimize taxpayers’ return on investment.

The deployment of 1,700 regular force and reserve military members for duty in long-term care homes in Ontario and Quebec has been widely applauded by Canadians. At the same time, we seem ambivalent about the decision to scale back or suspend several of the Canadian Armed Forces’ (CAF) international commitments. As far as the public is concerned, the military’s away game is discretionary – a distraction used to keep busy when forces are not needed at home.

The problem is that the country’s stability, prosperity and harmony have long hinged on an expeditionary military force. The CAF asserts the country’s geostrategic interests by bolstering allies and promoting stability abroad. With the globalization of transnational threats, many of Canada’s allies have adopted a similarly expeditionary posture, and our allies have just as much difficulty selling the necessity of these actions to their domestic constituencies as Canada does.

But other countries’ civil-military relations differ from Canada in an important respect: under their social contract, there is a broad consensus to keep the military out of domestic operations. The sentiment they hold is that just because the military can do a job at home does not mean that it should.

These countries want their military to defend their interests; so, in response to a non-security-related emergency, their civil society largely has to cope on its own. That functional logic has informed Canada’s allies and partners in creating organizations that jointly address civil defense and disaster preparedness. Examples include the Federal Emergency Management Agency (FEMA) in the United States, State Emergency Service (SES) in Australia, the Technisches Hilfswerk (THW) in Germany, the Sécurité Civile in France and the Civil Contingencies Agency (MSB) in Sweden. These organizations provide surge capacity across a broad spectrum of expertise, as well as trained volunteers and equipment to assist with disaster response.

Canada has no equivalent. Provincial emergency measures organizations have no deployable operational capacity. So, the CAF ends up backstopping emergency response. That is the consequence of a peculiarly Canadian anachronism.

Under subsection 91(7) of the Constitution, the federal government has exclusive jurisdiction over matters concerning the “militia, military and naval service, and defence.” While provinces and municipalities are precluded from forming their own militaries, American states maintain their own national guards. Those state militias provided a catalyst that hastened the U.S. civil war. In negotiating Confederation during the 1860s, a deeply divided and politically deadlocked Canada was intent on not replicating the Americans’ mistake.

At the time, only the federal government possessed the necessary police forces to ensure peace and order. Under the “aid to civil power” provision in the Militia Act of 1868, a local official (e.g., a mayor, warden or magistrate) could requisition the militia and a local military commander would have to oblige. Back then, it guaranteed that there would always be sufficient resources available to ensure the administration of justice in Canada’s provinces. Today, it is a moral hazard: knowing that they can call in the CAF, provinces underinvest in critical infrastructure.

Over time, the mechanism for aid to civil authority has evolved without much political oversight, debate or public awareness. Canada’s 2017 defence white paper “Strong, Secure, Engaged” (SSE) explicitly provides for the reserves to take on new roles and capabilities. Civil response is precisely the mandate the reserves should have. Yet many of the members deployed under Operation LENTUS – the CAF’s standing mission for domestic operations – belong to the regular force.

The reserves should focus on the home game, so the regular force does not get distracted from the away game.

Such a division of labour would entail a fundamental restructuring of the CAF. The army reserve is based on an obsolete model of mobilizing militia for war: a shadow infantry and artillery waiting to be filled out in case we deploy our forces for battle.

Canada can learn from its allies: home and away need not be zero-sum games, especially when a country spends as little on its armed forces as Canada does. Pandemics aside, as climate change brings more frequent and greater floods, snowstorms, and forest fires, the CAF would do well to consider alternative models to deliver on its civil-response mandate. Its current approach is manifestly inefficient and unsustainable.

Canadians will not pay for a bigger military. So Canada will need a better-organized military that is actually structured to optimize taxpayers’ return on investment.

Christian Leuprecht is Class of 1965 professor in leadership at the Royal Military College, director of the Institute of Intergovernmental Relations at Queen’s University, and a senior fellow at the Macdonald-Laurier Institute. His latest book is Public Security in Federal Polities.