Canada must get serious about targeting Putin's circle with Magnitsky sanctions: Marcus Kolga in Maclean's 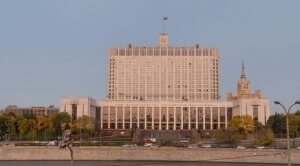 Six years after Russian opposition leader Boris Nemtsov was assassinated, Ottawa has made scant use of the laws he desperately wanted this country to pass, writes Marcus Kolga in Maclean's. Below is an excerpt from the article, which can be read in full here.

Six years ago, just before midnight on a February night in Moscow, eight shots pierced the darkness along the Moskva River. Just steps from the Kremlin, on the Bolshoi Moskvoretsky Bridge, lay the motionless body of the leader of Russia’s pro-democracy opposition movement, Boris Nemtsov.

I saw Nemtsov for the last time the previous Spring, when we had breakfast in a Tallinn hotel. Boris told me that he was counting on Canada to help hold the Putin regime to account with Magnitsky sanctions—allowing the government to place targeted asset freezes and visa bans on corrupt foreign officials and human rights abusers. The deterrent effect of sanctions, he believed, would help protect Russian activists from Putin’s efforts to silence them.

Canada would not adopt Magnitsky human rights sanctions until 2017, nearly three years after Nemtsov was killed. And not a single name has been added to Canada’s Magnitsky list since 2018—greatly diminishing the law’s effectiveness.

Boris Nemtsov was not the first or last activist targeted for elimination by the Kremlin. Earlier this month, the British open-source investigative website Bellingcat published a detailed report outlining how Nemtsov’s close friend and colleague, Vladimir Kara-Murza, had been tailed by a Russian FSB hit squad in 2015 and 2017. These Kremlin hitmen succeeded in poisoning him twice, both times to within a hair of his life.

In August, anti-corruption activist, Alexei Navalny, fell suddenly ill on a flight to Moscow from Siberia. Navalny’s flight made an emergency landing in Omsk—to the chagrin, we can be sure, of Vladimir Putin—where he received quick medical attention and was later flown to Berlin. Navalny returned to Moscow in January and was quickly arrested and imprisoned, facing an uncertain future.

Where Canada failed Boris Nemtsov, we now have an opportunity to help Navalny, Kara-Murza and their fellow activists. They are calling for the application of Magnitsky sanctions against those officials and oligarchs who act as Putin’s caretakers and keepers of billions in assets pilfered by the regime.