Canada must respond to use of child soldiers in Tigray: Ann Fitz-Gerald and Hugh Segal for Inside Policy 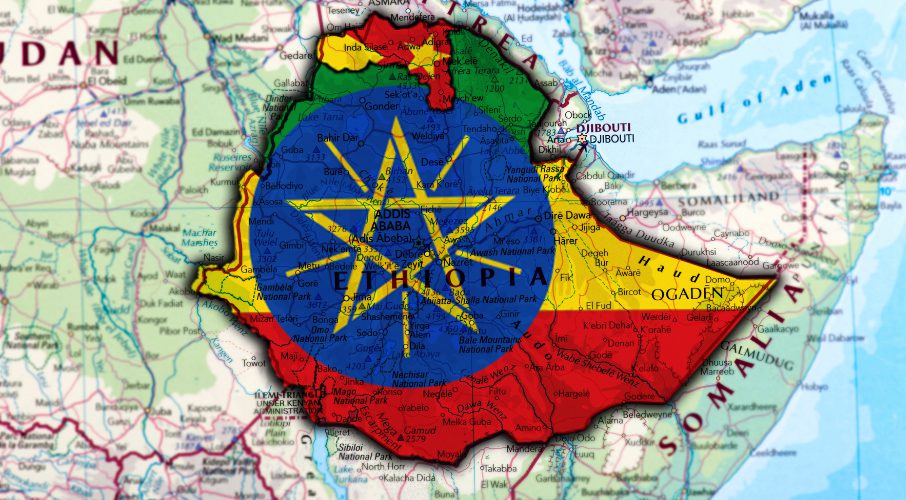 Many in the West quickly lined up against the Ethiopian government in its conflict with the Tigray People’s Liberation Front. But reports of the exploitation of children, in addition to other atrocities by the TPLF, should cause Canada to reassess its dispassionate position and take a stand, write Ann Fitz-Gerald and Hugh Segal.

When the recent conflict in Ethiopia’s Tigray region first flared in November 2020, with an unprovoked violent attack by the Tigray People’s Liberation Front (TPLF) on Federal forces, the Western media and many aid donors chose their side early on — and it was not Prime Minister Abiy Ahmed’s Federal Democratic Republic of Ethiopia. US-led accusations have been hurled at the Ethiopian government, using language such as genocide, war crimes and atrocities.  Academics and thought leaders from the other nine regions of Ethiopia who have sought to analyze the roots and dynamics of the conflict based on historical facts and evidence continue to be vilified and attacked by TPLF-inspired cyber-attacks on their work.

We are in a new era of digital intimidation. Those who have the financial and network resources to portray themselves as the victim can, indeed, secure the most attention. The TPLF propaganda machine will attack the institutions of any individual who does not follow its narrative, and it has attempted to silence the more informed analysts whose work threatens their support. Letters sent to employers are full of contempt, condemnation and accusations of “genocidal denial.”  These tactics are not new phenomena, and have been used by the TPLF for years, targeting those whose research, facts and figures produce an analysis that dares to depart from the Marxist TPLF’s view of its policies and actions.

Before the 2018 political transition, democratic critics of the TPLF inside of the country would face persecution; outside the country, they would be invited for meetings with ambassadors of the TPLF-led regime, interrogated on their research analysis and often asked to edit the publication to reflect the ambassador’s interpretation.

While the TPLF clearly always intended this war to be fought both on the ground and through the Internet, recent events demonstrate it could not anticipate everything. Not only have new non-mainstream media outlets become more vocal about exposing the truth about the conflict in Tigray, but Abiy’s government also decided on June 28 in good faith to bend to the pressure of the international community and declare a unilateral ceasefire.

The result of this unilateral federal withdrawal of troops has brought new atrocities to light when neither the Ethiopian National Defence Forces nor the former interim regional government administration are in the region. There is no one else this time for the TPLF to blame.

These post-ceasefire TPLF atrocities began with reported reprisal killings of Tigrayan administrators who cooperated with the federal government. They continued reprisal attacks and killings against Eritrean refugees as well.

Meanwhile, new video footage and images circulating in the media demonstrate how child soldiers are now being forced to serve as Tigrayan fighters. While child soldiers in Tigray’s Raya region are reported to range from 9 to 15 years old, some photos show children as young as 5.  Media outlets such as the New York Times and the Associated Press have been condemned on social media for portraying the children as “highly motivated young recruits.” No one, however, should have been surprised as last November, TPLF leader Debretsion Gebremichael promised a “people’s war” in which “starting with the children, everyone will be taking part.”

The recruitment and use of children in conflict is a war crime; a crime which justified the 2014 American foreign policy priority to hunt down Joseph Kony, a Ugandan insurgent and leader of the Lord’s Resistance Army. Kony used over 60,000 children as child soldiers and sex slaves for his guerillas from 1986 to 2009, crimes which led to the displacement of millions of people. US Osprey aircraft and 150 American air force special forces personnel swooped in to help the Ugandan Defence Forces hunt down the LRA leaders so they could be handed over the International Criminal Court.

And yet the international community has, as of yet, failed to condemn the TPLF for the same crimes. Ethiopians and other Africans are within their rights to ask, “What makes Ethiopian children less deserving than Kony’s Ugandan victims?”

Video and photographic evidence from Tigray’s eastern border with the Afar regional state has also uncovered TPLF attacks on aid convoys. Some residents in Tigray have confirmed the launch of a registration process which denies food aid to those families who don’t commit fighters to the insurgent force. This evidentiary trail is littered with the dead bodies of child soldiers and crowded by 54,000 people from Afar’s border communities who have already lost their homes and have now become internally displaced.

The Ethiopian government declared its ceasefire in good faith and allowed the international community to boost its humanitarian assistance in Tigray. But how can the Ethiopian prime minister continue to support a ceasefire which is leading to the killing and exploitation of children? Especially when the violent TPLF insurgents seeking to destabilize the state dismiss the ceasefire as a “sick joke” and attack innocent civilians of neighbouring regions.

Canada was a leading proponent of the Convention on the use of child soldiers. General Roméo Dallaire's anti child soldier initiative spoke to his deep compassion for child soldiers, and the universal imperative to protect children. Canada's stance was informed by a proper appreciation of the facts on the ground in Rwanda, Uganda and elsewhere.

In the present violent anti-democratic TPLF insurgency in Ethiopia, the Canadian government must reassess its dispassionate stand and more clearly support the duly elected federal government in defending itself and preserving the stability of Ethiopia as a whole and that of the Horn of Africa.

Any political-military insurgency that commandeers and exploits children as soldiers, reveals its essential disregard for the humanitarian imperative.

Ann Fitz-Gerald is Director of the Balsillie School of International Affairs in Waterloo. Hugh Segal is the Mathews Fellow in Global Public Policy at Queen's University and a Senior Advisor at Aird Berlis, LLP in Toronto.