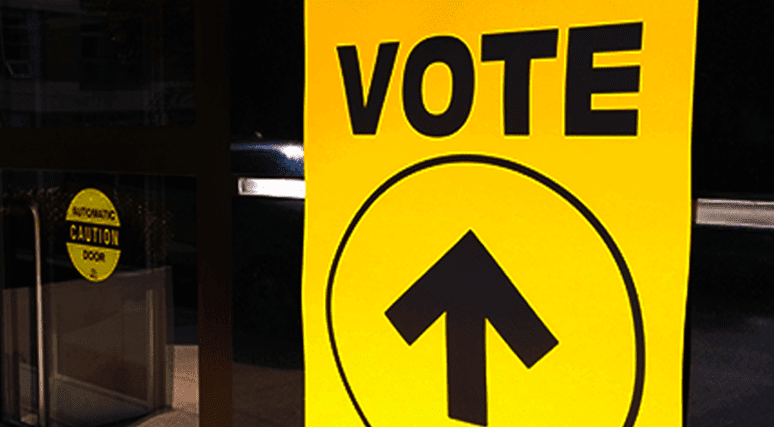 Canada must make every effort to fix the democratic blind spot that is our nomination race process. Failing to do so will only put our democratic institutions at greater peril, write Brett Byers and Kaveh Shahrooz.

The 2019 federal election is now behind us and, to the best of our knowledge, the voting process was fair and democratic.  While there are well-researched causes for general concern about foreign interference, the integrity of the recent election result is not in serious question. That is both entirely expected in an advanced democratic country like Canada and a cause for celebration in an era where it is becoming increasingly difficult to hold clean elections.

Many Canadians engage most intensely with the political process during the campaign season, when the parties present their candidates in each riding.  But they often do not see the process by which those candidates are chosen and, therefore, relatively few in Canada know how the electoral sausage is really made.  So, while we celebrate our clean 2019 federal election, it is worth shining a light on the party nomination process at the federal and provincial levels; a process which, to those who know it well, more closely resembles the chaotic electoral system of a banana republic than one in a G7 nation.

Despite minor variations among them, all of Canada’s parties hold similar nomination elections to select a portion of their candidates in ridings across the country. (Parties often forego this process for star candidates and incumbent MPs.  More on this later.)  To win, a nomination contestant must be a party member and must win an election, held on a date of the party’s choosing, among other party members who live in that riding.

In practice, the candidates in contested elections rarely rely on winning over existing party members, the numbers of which are often very small in the period between elections.  Rather, nomination candidates often try to sign up new members to the party.  The parties encourage this since new members – even those who have no deep commitment to the party but have signed up simply to participate in the nomination – pay membership fees, can be targeted for fundraising, and may be converted to voters and volunteers during the general election.

This process may seem sensible on the surface.  But it has three profoundly dangerous effects.  The first is that it introduces strife in Canada’s social fabric by pitting ethnic and religious groups against one another.  The second is that the process is rarely subject to independent monitoring, allowing parties or savvy candidates to manipulate results.  And third, these elections, rife with ethnic clashes and subject to minimal oversight, make Canada’s politics very vulnerable to interference by hostile foreign powers.

As noted earlier, a common strategy among nomination candidates is to expand the pool of eligible voters in a nomination contest by signing up new party members.  Since membership in a party often provides little tangible benefit, there is often minimal incentive for riding residents to pay to join a political party.  So, how then do nomination candidates sign up hundreds or thousands of new members before nomination meetings?

In our experience and based on observation of many such contests across political parties, many candidates make their pitch on ethnic or religious solidarity grounds, asking the residents of the riding to support a candidate who looks, sounds, or prays like them.   Since several hundred votes are often all that is needed to win a nomination, getting the backing of a particular religious institution or ethnic organization can mean the difference between victory and defeat.

In one well-known example, the 2014 Liberal nomination race in the Toronto riding of Don Valley East featured a Chinese-Canadian candidate whose voter list, according to the Globe and Mail, “was composed exclusively of Chinese names.”  Similar appeals to ethnicity and religion are well-known to be made in ridings with large Sikh, Tamil, Iranian, or Italian populations.

The problem with this approach should be self-evident.  While it is reasonable for Canada’s diverse communities to expect representation in the halls of power, naked appeals to ethnic and religious solidarity in an election seems, at best, incongruent both with the Canadian values of openness and diversity, as well as the meritocratic principle that the most qualified candidate should prevail. This approach also has the potential of putting communities in conflict with one another, with communities actively mobilizing against each other based on little but ethnicity or religion.  As expressed by one observer in the aforementioned Don Valley East race, running a campaign geared towards one ethnic community “is un-Canadian.”

The second issue with the current nomination structure is that they are purely internal party affairs, with minimal oversight by an independent monitor.  While there are certain spending limits imposed on nomination contestants (limitations which, in our experience, are often flouted), almost no other part of the process is subject to review to ensure it meets fairness standards.  Parties can therefore determine the ridings in which they want to hold nomination elections and the ridings in which they wish to directly name a candidate.

Thus, despite much lip service to democracy, parties often avoid nomination elections in ridings where they have a star candidate.  Similarly, they often allow their sitting MPs or MPPs to obtain the nomination without a contest so long as the incumbent meets certain fundraising or door-knocking targets. The result, as described by Samara Centre for Democracy, a non-partisan group dedicated to strengthening Canada's democracy, is that fewer than 20 percent of candidates obtain their position through competitive races.

In addition, the parties can determine when the nomination contest will be held, often adjusting the election date based on how the party’s favoured candidate is faring with respect to membership sales.  The parties can also delay a candidate’s ‘green light’ (the term for approval of a candidate after party vetting) ensuring that a contestant effectively cannot compete on an even playing field with other candidates.  And in some cases, the parties actively put their thumb on the scale in favour of one candidate or another by ignoring electoral violations committed by favoured candidates.  Contestants harmed by these efforts often have little recourse, with appeal bodies run by the very parties at the centre of the controversies.

This lack of oversight has often led to disastrous consequences.  Most recently, controversies plagued  Ontario’s Progressive Conservative candidate nominations in 2017. In Ottawa West-Nepean, allegations raged that PC Party officials deliberately allowed voters who lived outside the riding to participate in the contest, paid for memberships for individuals who would otherwise not participate, faked voter information, allowed voters with insufficient credentials to vote, stuffed ballot boxes with bundles of votes for one candidate, and changed voter list rules at the 11th hour. It was alleged that this was all to the benefit of a candidate whose daughter worked for then-leader, Patrick Brown.

That race and a number of other contentious PC contests – contests that led to police being called, unruly demonstrations from voters alleging fraud, and candidates dropping out at the last minute alleging cheating – were the source of anger for many party members who understandably felt shortchanged. Several results were eventually overturned following Brown’s ouster as PC Leader. In at least one Hamilton contest, local police investigated, but could not find sufficient evidence to lay charges associated with the voter fraud.

When the combative ethnic and religious nature of nomination contests is combined with the absence of independent monitoring, it gives rise to a third issue which can be a serious threat to Canada’s national security.   As Canada’s intelligence service have warned, “one of the ways foreign countries go about pushing their agenda in Canada is by attending nomination meetings to help select candidates favourable to their causes.”  Within the chaos of largely-unmonitored nomination contests in which members of diaspora populations are mobilized for combat, it is no surprise that foreign governments believe they can tilt Canadian politics in their own favour.

For example, in recent years, there have been credible allegations that MPs and MPPs with disturbingly friendly ties to countries like China and Iran have emerged through the parties’ nomination processes.  Anecdotally, these candidates are said to have well-mobilized support from people and organizations with ties to those hostile foreign states.  And once in office, they play a role in recruiting more candidates friendly to their cause and mobilizing voters to support them.

So, what must be done? While there are many intricacies to be worked out, several guiding principles should be adopted.

The first is that nomination contests should not tear at the fabric of Canada’s multiculturalism by pitting communities against one another.  The parties should give thought to how to disincentivize membership drives that focus largely on ethnic and religious kinship, and how to encourage party members to vote based on candidate merit.

The second principle is that nomination races should be conducted with democratic safeguards similar to those applied in federal and provincial elections. Parties should be compelled to have their nomination contests overseen by neutral third parties and establish appeal processes that are independent of the political parties themselves. In the event that parties choose to forgo an open and fair nomination process, they should at the very least be compelled to do so transparently, thereby paying a political price for relying on appointees.

Finally, given the importance of these races, our security agencies should keep a careful eye on who is attempting to influence the candidates and the outcome.  Greater resources need to be provided to these agencies in order to safeguard the integrity of our democracy. Legislation should be introduced to give greater teeth to authorities when fraudulent or anti-democratic activities are used in nomination races.

The issues plaguing nomination races are not exclusive to one party or a single community. These problems are pervasive due to structural flaws, as well as a lack of rules and enforcement mechanisms.  The consequence is a process at odds with Canadian values and open to electoral manipulation and foreign influence.

Canada must therefore make every effort to fix the democratic blind spot that is our nomination race process. Failing to do so will only put our democratic institutions at greater peril.

Kaveh Shahrooz is a lawyer, a former Senior Policy Advisor to Global Affairs Canada, and a Senior Fellow at the Macdonald-Laurier Institute (MLI). Brett Byers is the Communications and Digital Media Manager at MLI. Both Shahrooz and Byers have firsthand experience when it comes to controversial nomination races in both candidate and operative capacities, respectively.