Now more than ever, Canada needs a statutory fiscal rule: Jack Mintz in the Financial Post 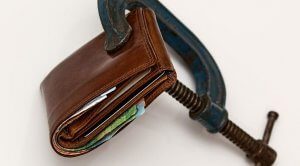 Instead of having a fiscal rule that only depends on political commitment, we should make it statutory, as many countries have done. If the German economists are right, that will make Canada grow faster, writes Jack Mintz in the Financial Post. Below is an excerpt of the article, which can be read in full here.

Last week, Harvard economist Alberto Alesina passed away at the age of 63 from cardiac arrest while hiking. He had recently visited Canada, speaking in February at a C.D. Howe Institute event to discuss his new co-authored book, Austerity, which won the Hayek book prize. Although the word “austerity” is often chided by those on the left, governments of whatever stripe eventually engage in austerity to establish fiscal creditability after debt gets out of hand.

Alesina, who was best known for his work on fiscal policy, argued that to reduce deficits it is better to control spending rather than raise taxes. His extensive empirical work, looking at 200 multi-year austerity programs among 16 OECD countries, showed that tax-hike-based plans lead to deeper and longer recessions compared with spending-cut plans. The key point is that higher taxes undermine private sector confidence: contrary to Keynesian multiplier theory, taxes contract the economy more than spending expands it.

A less known but equally important contribution was Alesina’s take on U.S. fiscal rules. In a 1998 paper, he showed that governments adopting a balanced budget rule had less debt over time but did not suffer worse economic cycles. Some budget flexibility was lost (depending on how the rule was applied) but such flexibility provided little benefit anyway in controlling the economic cycle. The expansionary effects of deficit spending were typically offset by households and businesses consuming less and saving more to pay for future taxes.

Governments around the world now frequently use fiscal rules, including balanced budgets, limits on expenditure growth, tax ceilings and debt rules. The IMF found that almost half of all national governments imposed fiscal rules of various types between 1985 and 2015. Studies have shown that rules discourage debt accumulation, limit the size of government and improve government credit quality. The main concern about them is that they could crowd public infrastructure spending if government becomes reluctant to spend money on social programs of immediate benefit to voters.

Generally, fiscal rules are applied over three years or more without being revised by annual budgets. They are not as strict as one might think, however. They usually allow some latitude for cyclical adjustments or escape clauses. They may also exempt public infrastructure.