Why Canada Should Pay Attention to the Middle East: Balkan Devlen for Inside Policy 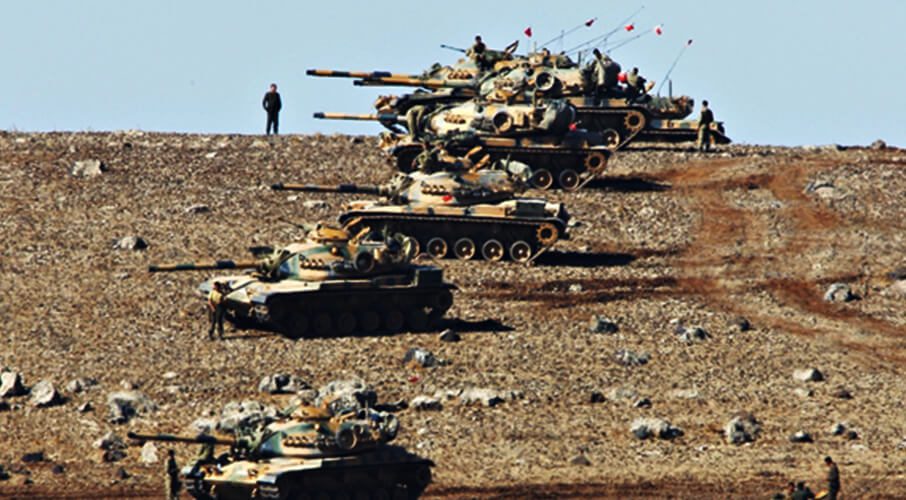 Canada can and should be a major alternative source of energy to its allies in the Indo-Pacific and Europe, writes Balkan Devlen.

The Middle East is in turmoil. Again. Canada, in the grip of election fever, is paying scant attention. But that is a mistake. Both the politicians and the public should pay closer attention to the threats as well as opportunities for Canada that are emerging as a result of increasing instability in the Middle East.

Tensions in the Persian Gulf are rising, with Iran and its proxies becoming more and more aggressive, as the latest attacks on the Saudi oil refinery demonstrate. There are deadly anti-government protests in Iraq and Egypt and an ongoing civil war in Yemen. Syria continues to be a source of instability as the Assad regime, with the help of Iran-backed militias, Hezbollah, and Russia, is getting ready to launch a major offensive against the last rebel-held stronghold of Idlib. It surely will lead to a new wave of refugees, up to a million by some estimates, towards Turkey, which is already strained, politically, socially, and economically, with almost four million Syrian refugees.

Turkey, on the other hand, has begun a major military operation in Northeastern Syria that puts Ankara at odds with its NATO allies. There are concerns that such an operation could jeopardize the fight against the Islamic State, further destabilizing Syria and Iraq. In short, from the Persian Gulf and Egypt in the south to Turkey and Syria in the north, uncertainty, instability, and a potential for a large-scale military conflict reign supreme in the Middle East.

It is true, as scholar Thomas Juneau points out, that the developments in the Middle East pose limited direct threats to Canada and the Canadians. Canada is geographically insulated from the worst consequences of political instability in the region and has limited economic and political interests. So why should Canadian policy-makers spend limited resources available to them on the Middle East and why should the Canadian public pay attention?

To answer these questions, we have to look at the second-order effects and the consequences of those effects. Canada may be relatively insulated from the turmoil in the Middle East, but its allies and crucial trade partners are not. As a middle power, Canada’s prosperity and security depends on working with like-minded states and allies to uphold rules-based international order that is aligned with Canadian values and interests. This strategy has served very well for Canada but this order is buckling under multiple pressures. The collapse of the regional order after the Arab uprisings that started in 2011 and the ensuing instability and wars in the region are an important part of this trend.

Europe struggles with waves of refugees and immigrants from the Middle East and North Africa, escaping from war, violence, famine, and dire economic conditions, and a nativist-populist backlash at home that threatens the future of the European project. Terrorist attacks carried out by the Islamic State and its followers in Europe resulted in not only tragic loss of human life but also increased polarization within European societies. These internal tensions provide fertile ground for hostile actors such as Russia to engage in subversion through election interference, funding extremist political parties and movements, support for authoritarian-populist leaders, corruption, and even assassinations. Increasing Iranian aggression in the Middle East threatens to disrupt Europe's energy supply, which was highlighted by the attacks on Saudi oil facilities.

Since the Obama administration, the United States had tried to follow a policy of reducing its involvement and commitment in the Middle East, albeit in an incoherent and sometimes contradictory ways. This struggle to extricate itself from the Middle East overlapped with the collapse of the regional order, creating a power vacuum that is being filled with a resurgent Russia and an increasingly bold and aggressive Iran. American allies in the region like Turkey, Saudi Arabia, and Israel are left to fend for themselves. Some, such as Turkey, have reached a modus vivendi with Russia and even started to drift towards the Russian orbit.

Multiple regional actors jockeying for regional dominance along with the presence of a resurgent extra-regional great power (Russia) further destabilize the Middle East, exacerbating the effects of the collapsing regional order. A United States that focuses on getting out of the Middle East, no matter the cost to the stability and security of its allies, is a United States that does not pay sufficient attention to and that is open to pressure from such actors like Russia and China, which are actively trying to undermine the rules-based international order. Make no mistake, that order has benefitted and continues to benefit Canada.

Canada’s allies and trading partners in the Indo-Pacific region, such as South Korea and Japan, rely heavily on Middle Eastern oil and LNG for their energy needs. This makes them very vulnerable to potential disruptions in energy flows from the region. Any significant disruption would have cascading economic consequences for the countries in the Indo-Pacific and that, in turn, could have tremendous economic aftershocks for Canada.

In short, second-order effects of the collapse of the regional order in the Middle East and the potential for more instability in the region does not bode well for Canada, its allies, and the future of international order.

What should Canada do to protect its interests under these circumstances? There are two things that Canada can do. First, Canada benefits when there is a stable regional order in the Middle East. Therefore, it needs to work with its allies in and beyond the region to contain and counter the destabilization wrought by Iran and its proxies in the region and by Russia’s return as a major player. Canada does not have the resources to play the lead role in this endeavour. It does, however, have a strong tradition of multilateralism, consensus-building, coordination, and mobilization to address challenging global problems, from the responsibility to protect doctrine (R2P) to banning landmines to combating climate change. This is an area in which Canada did make a difference and can do so again.

Second, Canada can and should be a major alternative source of energy to its allies in the Indo-Pacific and Europe. Canada’s oil and gas resources offer a stable, secure, and reliable way for its allies to diversify their energy supply and decrease their exposure to the turmoil in the Middle East. As others have already pointed out this is a major opportunity for Canada to position itself in the global energy market.

Such a move would hit three birds with one stone. First, it would contribute to the security of Canada’s allies by helping to insulate them from instability in the Middle East and energy blackmail by actors such as Russia or Iran. Second, by helping some countries transition to cleaner forms of energy such as natural gas, particularly in the Indo-Pacific, Canada would be at the forefront of combating climate change and reducing global emissions. Lastly, it would be a boon to Canada, bringing in billions of dollars to Canadian economy, creating thousands of jobs, and contributing to economic growth. In other words, strategic, economic, and normative reasons overlap rather than pull in different directions.

Nevertheless, before Canada’s energy potential can be turned into actuality, regulatory, political, and infrastructure hurdles need to be addressed. Unless Canada acts soon, the window of opportunity might close as potential consumers would look elsewhere to satisfy their needs.

Canada is blessed with a secure geopolitical position and abundant natural resources. There are few direct security threats to Canada. Today one of the primary threats to Canadian security and prosperity comes from unraveling of the rules-based international order. Continuing instability in the Middle East will have serious consequences for Canada’s major allies and the international order that has benefitted Canada immensely. Canada should be paying closer attention to the Middle East and be ready to take bold steps to promote and defend its interests and values.

Balkan Devlen, Ph.D., is Associate Professor in the Department of Political Science at the University of Copenhagen, Denmark. You can follow him on Twitter at @BalkanDevlen.