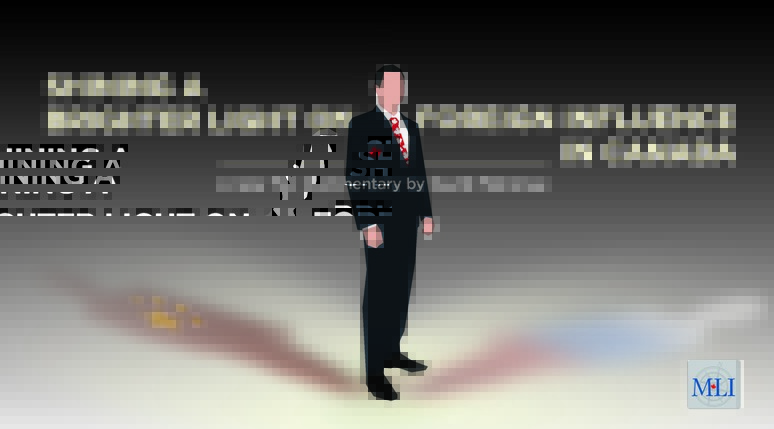 OTTAWA, ON (October 2, 2019): Like many other countries, Canada is under persistent threat by foreign powers who are interested in influencing our democratic institutions. However, when it comes to foreign agents, Canada has a blind spot that is particularly worrisome.

In the Macdonald-Laurier Institute’s latest commentary, titled Shining a Brighter Light on Foreign Influence in Canada, former Canadian ambassador to China David Mulroney argues that Canada is facing a growing threat with regards to foreign influence and interference. In particular, he warns that China is expanding its capacity to meddle in Canadian affairs.

For the purposes of this commentary, “a foreign agent is a Canadian who lobbies or communicates on behalf of a foreign principal to influence Canadian government policy or public opinion in Canada,” Mulroney explains.

In order to address this problem, the commentary suggests increasing transparency and accountability. To do this, Mulroney recommends:

Mulroney cites three reasons that underline the seriousness of the threat posed by China, including its economic rise, increased ambition from Beijing, and the blurring of the relationship between the state and Chinese corporations. All of these forces have led to a rise in foreign agents sponsored by China operating within Canada against our national interest.

“While acting as a foreign agent overlaps in many important ways with what we have traditionally defined as lobbying, it can include activities, such as public political advocacy on behalf of a foreign principal, that aren’t adequately covered under the definition of lobbying set out in the Federal Accountability Act of 2006.”

“We need to signal to foreign governments that any former Canadian official they hire has, by definition, stepped away from his or her role as a privileged adviser to governments in Canada,” explains Mulroney. “You can’t be both a distinguished adviser to Her Majesty’s Canadian government and someone who is paid to influence that government on behalf of a foreign principal.”

To learn more about foreign influence in Canada and how the government can work towards combatting it, read the full commentary here.

David Mulroney is a Distinguished Fellow at the University of Toronto’s Munk School of Global Affairs and Public Policy. He served as Ambassador of Canada to the People’s Republic of China from 2009 to 2012.