Should Canada sever ties with the monarchy? No: Brian Lee Crowley and Patrice Dutil in the Toronto Star 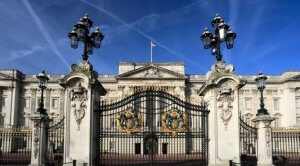 While the Crown is not perfect and does not rule in Canada, it is above partisanship, symbolizing the unity of the nation. This makes the monarchy a deeply authentic part of Canada’s political heritage and of its political culture of stability, peace, order, (fairly) good government, write Brian Lee Crowley and Patrice Dutil in the Toronto Star.

This article is part of the Toronto Star's Saturday Debate.

Let’s be clear: What Harry and Meghan said to Oprah on Sunday in no way affects the legitimacy, authority or prestige of the Crown, however much it might embarrass the Royal Family. People who attempt to use such ephemeral tittle-tattle as a pretext for calling into question a key part of our constitutional order are not aware of how central the crown is to Canada’s governance.

The Crown is much more than a person; the person is unimportant. It is what the Crown represents that matters. The monarchy should be maintained as it unites a country too easily divided along regional, linguistic and identity lines, anchors our constitutional system, and legitimizes our political system.

Its unifying ability is drawn from a legitimacy that has built up over centuries. The current monarchy has “been there” since 1760 when it replaced the French monarchy. Treaties with Indigenous people were not with parliaments and politicians, but with the Crown, representing the enduring state, not evanescent political coalitions. That has made Indigenous peoples some of this country’s strongest monarchists.

The monarchy is, ultimately, the people’s choice. Consider how, in 1905, when Norway separated from Sweden, it sought a unifying symbolism and invited a Danish prince to become king.

Furthermore, after the chaos and destruction of the English civil war and the death of Oliver Cromwell, the victor in that war, by common consent Charles II was placed on the throne symbolizing a universal determination to put conflict and division in the past.

The Crown in Canada does not rule. It is above partisanship, symbolizing the unity of the nation. This makes the monarchy a deeply authentic part of Canada’s political heritage and of its political culture of stability, peace, order, (fairly) good government. Other Nordic peoples, like the Danes, Swedes and Norwegians, have adopted the same approach. That puts Canada in a club much of the world looks on in envy.

Because the power of the state is vested in the Crown, but can only be exercised on the basis of legitimate advice tendered by democratically accountable politicians, the monarchy anchors our constitutional system. It stands as a bulwark against the arbitrary exercise of government power and privilege, ensuring that power can only be used in accordance with the rules.

The Crown is thus indispensable. It can be a pressure valve because it stands above politics and represents the integrity of our institutions — the monarch is not elected, and its occupants did not choose the role. It just is. This also means, however, that between crises the monarchy can appear unimportant, something that could be dispensed with without consequence.

But it is not so. The Crown is the root from which our parliamentary and judicial institutions grew. Government officials, judges and soldiers serve the Crown, not politicians, and thus partake of the political independence that puts the Crown above the fray.

There is no real alternative that does not break down the barrier that rightly keeps politicians’ grasping hands from abusing the power and prestige of the state. When Australians were offered a chance in a referendum to let their politicians decide who would be their head of state they preferred to keep the monarchy and keep their politicians humble.

The Crown is imperfect and sometimes fails, but centuries have demonstrated that notwithstanding the foibles of various family members, monarchies endure when they treat their citizens respectfully and recognize the weaknesses as well as the virtues of democracy.

The Crown is in us as the Canadian people, in our government structure and in our political DNA. It reminds us of our shared tradition of the rule of law, of the indispensable consent of the governed, of Magna Carta, habeas corpus, and a thousand other rights and traditions and customs that have shaped the very best parts of who we are.

Brian Lee Crowley is the founder and managing director of the Macdonald-Laurier Institute.

Patrice Dutil is professor of politics and public administration at Ryerson University and a senior fellow at the Macdonald-Laurier Institute.