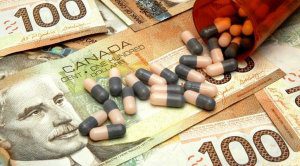 Canada simply cannot afford the health care we have promised our citizens, yet we maintain the myth of 'care when you need it regardless of ability to pay', writes Shawn Whatley.

As the third wave of the COVID recedes in Ontario, watch for the resumption of an old debate about the impact on patients of delayed procedures and treatments. On one side, hospitals, medical associations, and labour unions will point to all the many patients who endured cancelled care. On the other, with apologies to Burke, economists with calculators, and sophists will ask: How much did those patients really suffer from waiting?

We should not be so dismissive about the impact of delaying “elective” procedures. The suffering will be enormous.

As I said, this is an old debate. The OMA “backlog” argument assumes patients should get the care they need, as determined by the doctors who ordered it. But experts and advocates of central planning often dismiss the OMA’s core assumption.

In 2005, Dr. Michael Rachlis, author and public health researcher, tackled the relationship between suffering and waiting. “How much do patients really suffer because of these delays?” Rachlis asked. He admitted that patients waiting for hip and knee surgery “experience considerable pain and disability” but concluded that it “doesn’t affect their vital status to wait an extra few months.”

In fairness, Rachlis wrote at a time when waits were less than half as long as current OMA estimates, but his logic still guides system planners. For another example, in 2012, Dr. Robert G. Evans, Emeritus Professor from the Vancouver School of Economics, also questioned the “ethical norm” that “patients should get the care they need, as judged by a qualified clinical practitioner, regardless of the cost.”

In effect, Evans is making a remarkable claim: that patients apparently do not actually need all the care their doctors order. And since central planners cannot control doctors directly, they cut capacity instead. Compared with other OECD countries, Canada has fewer physicians (2.7 vs. 3.5) and hospital beds (2.5 vs. 4.7) per 1000 population. We also have fewer CT scanners (15.4 vs 26.6) and MRI machines (10.0 vs. 16.8) per 1 million population. Canadians spend more (10.8 percent vs. 8.8 percent of GDP) and get less care, but even this is too much.

It is settled wisdom in some quarters that Canadians will accept high taxes in return for “free” healthcare. As the CBC’s Neil Macdonald wrote in 2016:

This has been the social compact in Canada for more than half a century: our governments tax everything that moves, and even tax each other's taxes, but in return, our medical needs are seen to free of charge, never mind some budget imposed on the hospital.

If this was ever so, there can be no doubt that this compact was shattered with the arrival of COVID-19.

Canada simply cannot afford the healthcare we have promised our citizens. We maintain the myth of “care when you need it regardless of ability to pay.” But, in reality, we have cut services beyond what prudence allows. Our acute-care hospitals overflowed with elderly patients even before the pandemic, with many left in hallways, modified closets, and even bathrooms for days. When COVID came, we crammed them all into under-resourced long-term care homes, then wrung our hands at the horrifying death rates.

Central planners maintained the status quo on the assumption that waiting does not really impact a patient’s “vital status.” But should central planners decide whether patient suffering, caused by waitlists, delays and cancelled services, is acceptable enough to ignore?

If the past 50 years offers a guide, expect planners to manage the current backlog according to the same old arguments. Of course, a bigger question remains: how long will Canadian patients put up with it?

Shawn Whatley is a physician and author of the new book, When Politics Comes Before Patients—Why and How Canadian Medicare is Failing. He is also as senior fellow at the Macdonald-Laurier Institute and a past president of the OMA.