Canada can learn from Taiwan on relations with China: Marcus Kolga in the Toronto Star 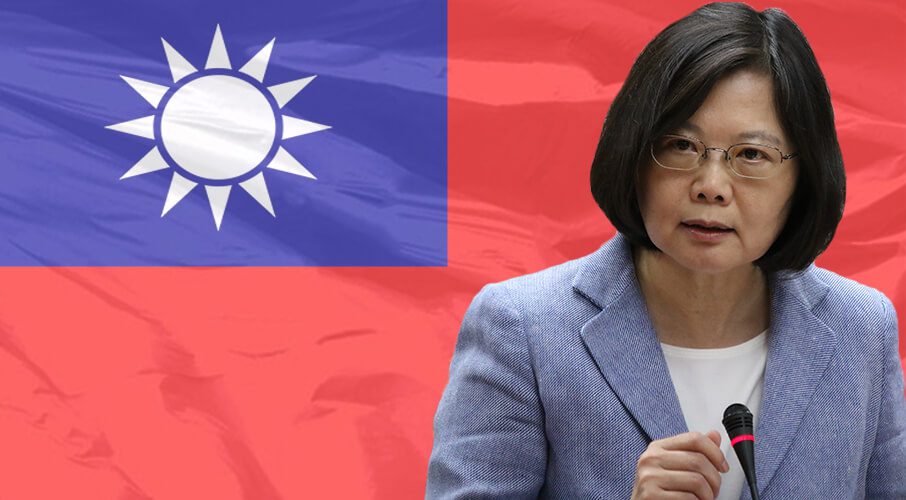 The determination and clarity with which Taiwan has confronted the challenges to its fragile independence and democracy are encouraging and can serve as an example for Canada and its allies, writes Marcus Kolga.

Few cherish the fragility of democracy more than the people of Taiwan. Located perilously close to an adversary seeking to undermine its sovereignty and democracy, Taiwan has developed remarkable resilience to China’s ongoing threats. This resilience will be put to the test on Saturday as voters cast ballots in Taiwan’s national elections.

Canada is no stranger to China's bully diplomacy. Canadians Michael Spavor and Michael Kovrig are entering their second year of arbitrary detention in China in response to the legal arrest of Huawei executive Meng Wanzhou on a U.S. extradition request. And just last month, Chinese Ambassador Cong Peiwu threatened retaliation if Canada imposed Magnitsky sanctions on Chinese officials who are responsible for human rights abuses.

Beijing’s aggressive influence operations within Canada have targeted elected officials at all government levels and riding level political party structures are under increasing threat of being compromised by groups connected to China’s local consulates and the United Front. Platforms such as Facebook and WeChat regularly used by Beijing to spread disinformation about Canada, Hong Kong and Taiwan. Even Canadian corporations operating in China are overtly threatened in Chinese state media if they don’t toe Beijing’s line.

Taiwan’s success in resisting China’s influence lies in the fact that they have developed defences against China’s objectives — namely, aggressive expansionism and the subjugation of smaller nations to Beijing’s direct influence.

This dedication to democracy has been put into action by Taiwanese Minister Audrey Tang, who is Taiwan’s first transgender cabinet minister and among the first anywhere in the world. She has developed an innovative open government policy that allows all citizens to directly contribute to the country’s policy-making process.

Tang is also responsible for overseeing the development of Taiwan’s countermeasures against Beijing’s disinformation attacks — without negatively affecting personal liberties, including freedom of expression.

When I recently met with Tang in Taipei, she explained that the Taiwanese government has developed a protocol for “working toward disarming disinformation that does not involve infringing of journalistic freedom.”

Within two hours of detecting a disinformation attack, the relevant Taiwanese ministries are required “to roll out clarification of 200 characters or less and at least two pictures.”

Tang says the Taiwanese counter-disinformation system is “now good enough that most [ministries] can deliver the clarifications within 60 minutes.” This rapid response is designed to defuse the disinformation narrative by getting ahead of it and stopping its spread on social media.

Through a unique agreement with Facebook, the company has agreed to adjust its algorithms so disinformation attacks no longer reach user news feeds. “You have to scroll for two hours to see [the story],” says Tang. “It’s like moving this into the spam folder: once they do that, it stops spreading.”

According to a Pew Research study, nearly half of all Canadians receive their daily news from social media, demonstrating our vulnerability to disinformation. While Ottawa introduced significant measures to address disinformation before the 2019 election, it fell short of publicly exposing disinformation campaigns. Nor did the government achieve agreements with social media platforms to protect the Canadian online information environment.

In December, Taiwan took the additional step of banning foreign funding and backing of political parties by “hostile external forces,” while Australia has passed legislation that requires individuals or groups that are acting on behalf of “foreign principals” to register with the government.

Despite Beijing’s efforts to undermine Taiwan’s elections and threats to unite Taiwan with mainland China by force, Taiwanese leaders are digging in. Former Taiwanese Minister of Defence Andrew Yang suggests Canada do the same, urging us to wake up by reminding our leaders that “Beijing does not conduct business abiding to international rules.”

The determination and clarity with which Taiwan has confronted the challenges to its fragile independence and democracy are encouraging and can serve as an example for Canada and its allies as they struggle to address their own growing problems with Beijing.