In Canada, the tide of opinion is turning on China: Charles Burton in the Globe and Mail 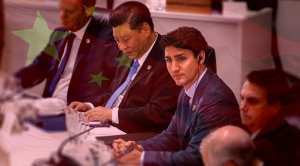 In what should be a wake-up call for the federal government, the Canadian public’s perception of China appears to be swinging dramatically, writes Charles Burton.

In what should be a wake-up call for the federal government, the Canadian public’s perception of China appears to be swinging dramatically.

An Angus Reid poll last week found four in five Canadians want Huawei banned from any role in building this country’s 5G network, and just 11 per cent of respondents felt Canada should focus its trade efforts on China – down from 40 per cent in 2015. And 76 per cent said Canada should prioritize human rights and the rule of law over economic opportunity.

If Ottawa has been delaying a decision all these months while it awaits the “right moment” to announce that the future of Canadian telecommunications lies with Huawei, it is now clear that moment will never come.

Our government continues to behave as if Canada-China relations will resume status quo ante once the matter of Huawei chief financial officer Meng Wanzhou is resolved. Earlier this year, when Foreign Affairs Minister François-Philippe Champagne chose an adviser for the Asia-Pacific file, he named Pascale Massot, a former senior mentor to Mr. Champagne’s predecessor Stéphane Dion. Mr. Dion was the architect of Canada’s failed policy of strategic appeasement with Russia, China, Iran and Saudi Arabia. There is no indication Ms. Massot has undergone any Damascene conversion on how best to engage the People’s Republic of China.

Last month, Canadian Minister of Health Patty Hajdu, consistent with her party’s line, vigorously defended the credibility of the PRC’s actions and reporting of COVID-19 cases, insisting, “there is no indication that the data that came out of China in terms of their infection rate and their death rate was falsified in any way.” She then told the reporter questioning her on this that they were "feeding into conspiracy theories that many people have been perpetuating on the internet.” A lot of us must be deceived by the conspiracy, as the Angus Reid poll found 85 per cent of respondents believe Beijing has not been honest about what happened in its own country regarding the novel coronavirus.

Certainly, China’s aggressive new “wolf warrior” diplomacy has the attention of Canadians. Lu Shaye, China’s former envoy in Ottawa, suggested last January that Canada and its Western allies were displaying white supremacy by calling for the release of two Canadians imprisoned since December 2018 without any coherent charges. Mr. Lu’s ridiculous, highly offensive blathering obviously went over well in Beijing, as he has since been promoted to China’s ambassador to France.

In a Global TV interview on Sunday, Mr. Lu’s successor, Cong Peiwu, linked the arrests of Michael Kovrig and Michael Spavor – who have been denied any form of consular access (including by phone or video) since January – to the detainment of Ms. Meng, who faces extradition to the United States. Mr. Cong also refuted suggestions that the Chinese Communist Party has been intimidating or bullying its critics.

If the party has been bullying its critics, it’s not a new tactic in the grand scheme of its political activities. A report released in March by the Canadian Coalition on Human Rights in China and Amnesty International Canada included details of an apparent intimidation program targeting the Chinese diaspora in Canada.

Last week, Canada’s ambassador in Beijing, Dominic Barton, made headlines after he candidly told members of the Canadian International Council that China is alienating other countries by accumulating “negative” soft power in response to international criticism over its handling of the COVID-19 pandemic. Indeed, the response from the PRC has been both defensive and irrational.

Regrettably, the impact of this disease has led to episodes of ugly racism in Canada against Chinese-Canadians. Obviously ethnic Chinese people in Canada have no connection to the Chinese Communist Party’s alleged false reporting on the spread of the virus, which has claimed more than 300,000 lives globally. It should be a government priority that any race-based persecution in Canada is met with the full force of Canadian law.

As for Mr. Barton, while it is not his place to set Canada’s China policy (an ambassador’s job is to implement Canadian foreign policy), Prime Minister Justin Trudeau has implied support for what Mr. Barton said. The fact that he hasn’t been fired for speaking out of turn – like his predecessor, John McCallum – offers some hope that this government will finally do the China-policy reset voters seem to have an appetite for.