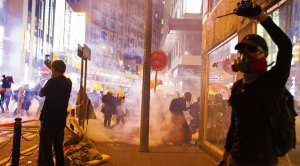 If Canada’s failure to put The Sergei Magnitsky Law into action continues, we risk becoming an outlier among our Western allies and an unwitting enabler of the corruption and human rights abuse we seek to defeat, writes Marcus Kolga in the Toronto Star.

The European move could open a door to co-ordinated and thus more effective Western sanctions that would sting corrupt authoritarian leaders and the kleptocrats who keep them in power, from Moscow to Tehran, Caracas to Beijing.

Magnitsky legislation, as it’s commonly known, is named in honour of Russian anti-corruption whistleblower, Sergei Magnitsky, who was detained and killed in a Moscow prison after discovering a U.S. $230 million tax fraud by Russian officials, in 2008. It places responsibility for corruption and human rights abuse on individuals instead of punishing entire nations with broad sectoral sanctions.

The effectiveness of targeted Magnitsky sanctions is demonstrated by Vladimir Putin’s aggressive campaign against them — including the now infamous 2016 Trump Tower meeting, where Kremlin lawyer Natalia Veselnitskaya lobbied for the repeal of U.S. Magnitsky legislation.

Canada’s legislation faced similar opposition from the Putin regime and its embassy in Ottawa, which engaged in information warfare to discredit Canadian elected officials who supported it. Such efforts exploited Canada’s multiculturalism and led to the creation of Astroturf “community groups” that lobbied against it.

Former Canadian diplomats and academics, who acted as the Kremlin’s surrogates, warned about damaging Arctic and trade relations with Russia. But that has always been an empty threat, as Canada exports less goods to Russia than it does to Botswana or Bangladesh.

Canada’s then-foreign minister, Stéphane Dion, clearly misjudged the impact Magnitsky legislation would have on Canada’s reputation — prioritizing his fear of Putin’s reaction over principles. His resistance against Magnitsky legislation caused some leading international allies, including Barack Obama’s Ambassador to Russia, Mike McFaul, to ask the Trudeau government: “Do you stand for human rights or not?”

In direct contradiction to pro-Kremlin advocates, Russian pro-democracy opposition and human rights leaders, Boris Nemtsov and Vladimir Kara-Murza, urged Canadian legislators to pass Magnitsky legislation, telling them that it was the most pro-Russian action they could take to protect activists.

Despite warnings from Moscow about expanding the “list of Canadian officials banned from entering Russia,” The Sergei Magnitsky Law passed unanimously in October 2017.

In 2017, Canada announced 52 names to Canada’s new Magnitsky list, including Russian officials who were responsible for the detention and murder of Sergei Magnitsky. A group of 17 Saudis linked to the murder of journalist Jamal Khashoggi were added a year later.

Since then, not a single name has been added to Canada’s Magnitsky list.

Canada has inexplicably failed to follow the rest of Western world in placing sanctions on the killers of Alexander Litvinenko, who was poisoned with radioactive polonium by Russian agents in 2006 or the Russian GRU agents responsible for the Skripal poisoning in 2018.

Yevgeni Prigozhin, the man behind the internet Research Agency (commonly known as the Russian Troll Factory) and who owns Russia’s private military contractor The Wagner Group, which according the U.S. Treasury Department “conducted dangerous and destabilizing operations in foreign countries, such as Ukraine, Syria, Sudan, Libya, and Mozambique,” has been sanctioned by the U.S. and EU. Yet he remains free to do business with Canada.

Three Canadians — Husseyin Celil, Michael Spavor and Michael Kovrig — remain in Chinese prisons. The whereabouts of Celil, an Uyghur-Canadian, are unknown, even as the Chinese government commits what is widely being recognized as genocide against the Uighur minority in Western China. There is evidence that Beijing is preparing for similar mass incarceration in Tibet, while mass repression continue to take place in Hong Kong. Yet not a single Chinese official has been placed on Canada’s Magnitsky list.

As the EU, and soon Australia, embrace Magnitsky legislation, Canada must finally begin implementing and using this human rights tool. This includes harmonizing our sanctions lists with allies in order to identify perpetrators who we have missed, and to work with them to strengthen our own monitoring and enforcement regimes.

Former justice minister Irwin Cotler, who first introduced a Magnitsky private members bill in 2011, and his colleague Brandon Silver recently suggested that “Canada should establish an international contact group for the coordination of Magnitsky sanctions.” They also suggest a more transparent Magnitsky sanctioning system like that in the U.S., which would encourage submissions from civil society and NGOs. Such actions would strengthen Canada’s efforts to defend human rights.

If Canada’s failure to put The Sergei Magnitsky Law into action continues, we risk becoming an outlier among our Western allies and an unwitting enabler of the corruption and human rights abuse we seek to defeat.

Marcus Kolga is a documentary filmmaker, writer, human rights activist and has helped lead the Canadian and international campaigns for Magnitsky legislation. He is a senior fellow at the Macdonad-Laurier Institute and director of DisinfoWatch.org