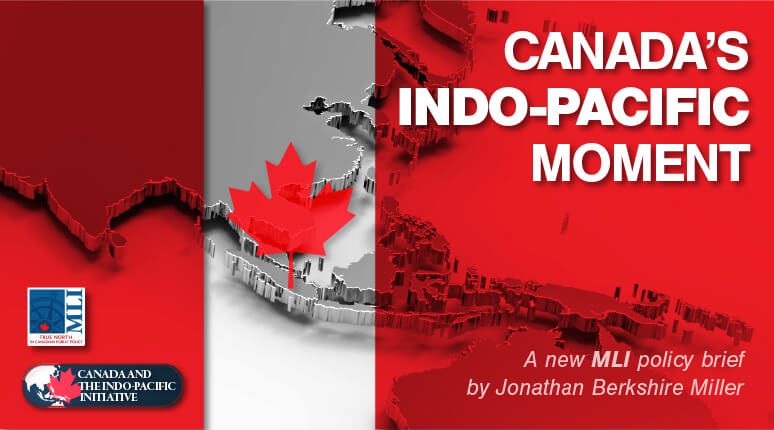 OTTAWA, ON (March 29, 2021): Successive Canadian governments have failed to lay out a clear strategy for Canada to develop a robust role in the Indo-Pacific, despite the undeniable importance of that region to our interests. We can no longer sit on the sidelines. A new policy brief by Jonathan Berkshire Miller titled “Canada’s Indo-Pacific moment” argues that now is the time for Canada to finally chart a path forward.

According to Miller, “the Indo-Pacific is a pivotal region that has arguably become the world’s centre of geoeconomic and geostrategic gravity.” While other countries – particularly partners such as Japan, Australia, India, the United States, and more – have defined their interests and frameworks for understanding the region, Canada’s policy debate and approach to the Indo-Pacific remains in its nascent stages.

In many ways, Canada is still employing what Miller defines as an “antiquated ‘trade-first strategy’.” This approach no longer works for engagement in a region that not only comprises four of the world’s five largest economies and over half of global GDP, but also is increasingly defined by the aggressive behaviour of China, a nuclear-armed North Korea, inter-border tensions, conflicts over freedom of the seas, and other critical security concerns.

Canada faces both challenges and opportunities across dimensions of trade, security, development, international institutions, and much more. Ottawa must act resolutely to ensure that decisions about Canada's long-term national interests are taken by Canadians and not decided by others.

As Canada looks to redefine and refine its approach to the Indo-Pacific, Miller provides the following recommendations for policy-makers:

“The adoption of an Indo-Pacific strategy is a useful and sorely needed move for Canada. However, such a strategy will only be as useful as it is articulated and fully implemented,” writes Miller. It is therefore crucial that Ottawa move quickly to "make lasting commitments and have a greater presence in the region if it wants to protect its interests.”

“Canada’s Indo-Pacific moment has arrived; it is time for the government to recognize that fact and act on it.”

This policy brief is the third in a series under MLI’s Canada and the Indo-Pacific Initiative, which examines the crucial role played by the Indo-Pacific and lays out the challenges facing Canadian policy-makers as they assess our strategic interests in the region. Learn more here.

***
Jonathan Berkshire Miller is a Senior Fellow with the Japan Institute of International Affairs (JIIA) and Director and Senior Fellow of the Indo-Pacific Program at MLI.