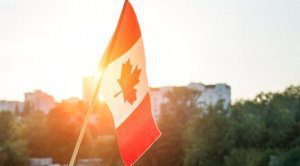 Canada holds the dubious distinction of having the worst deficit, the worst unemployment and the worst vaccination rates in the G7, writes Shuvaloy Majumdar in ORF. This article is part of the series — 2021: The Year of Vaccines.

One year ago, the stated objectives of our leaders were two-fold: Manage the pandemic, and in equal measure, save the economy. In the Lowy Institute’s indispensable research, nations spanning from autocratic to democratic models have been subject to empirical analysis, revealing a simple fact: There is no decisive winner.

Today, as shown in the COVID Misery Index, recently published by Canada’s Macdonald-Laurier Institute, Canadian misery has spiralled to among the worst in the world. Corroborated by the Lowy Institute, which ranks Canada’s COVID performance as 61st, Dr Richard Audas reveals Canada’s low ranking as 11th of 15 countries in health and economic performance. Canada holds the dubious distinction of having the worst deficit, the worst unemployment and the worst vaccination rates in the G7.

We knew three things at the outset: Nations needed to place primacy on the interests of their people, nations needed a plan to manage the pandemic, and nations needed a plan that relied on achieving a return to normal — through scaling mass testing, securing personal protective equipment, and mass vaccinations for its populace. For Canadians, none of these objectives have been well managed.

Contrast this with Canada’s successful performance amongst the G7 through the Global Financial Crisis. It was home to the only economy in the world in which the middle class was expanding, not contracting; it held the highest per capita immigration rates in the world, pitched to a story of economic growth; and it expanded Canadian trade agreements internationally ten-fold, with not a single protest on its streets.

The same, regrettably, cannot be said in the outlook for Canada’s pandemic management and the Canadian economy. The Canadian government could have convened global centres of excellence by assembling world leaders in vaccine research, convening major capital pools for investment, and international manufacturing and logistics infrastructure capable of vaccine delivery. Instead, it did precisely the opposite.

Canadian vaccine diplomacy has been in deep slumber, awoken only when headlines began revealing a government thin on accomplishment or international relevance. While Canada has secured the world’s largest number of potential COVID vaccine doses per capita — over 400 million to be precise — no attention was paid to the timing of their delivery. As of March 8, Canada has administered only 2.5 million doses of approved COVID vaccines, compared to 92 million in the United States and nearly 9 million by Israel. The Financial Times places Canada 42nd in the world, having vaccinated only 6.6 percent of its population.

The origin of Canada’s disastrous COVID response goes back to the 1990s. Two Canadian vaccine manufacturing units — Connaught Labs and IAF BioChem — were sold to Sanofi and GlaxoSmithKline (GSK) respectively, leaving a void in domestic vaccine production capacity. Despite warnings by experts to develop a national vaccine strategy that would guarantee a secure and steady supply of vaccines, multiple governments did not prioritise them.

At the onset of the pandemic, the Trudeau government also discovered it had dismantled a critical and successful early warning system. When the world began border closures to protect citizens, Health Minister Patty Hajdu held to ideology: Decrying conspiracy theories, accusing critics of racism, parroting the People’s Republic of China’s propaganda machine, and outsourcing critical national interest decisions to a World Health Organisation set on destroying its own credibility.

As Canada’s situation grew dire, Prime Minister Trudeau inexplicably turned to China for help. True to its nature, China leveraged its vaccine diplomacy toward its hostage one, bringing a multimillion-dollar vaccine deal with Chinese manufacturer CanSino to an end when it could not bend Canada’s rule of law to release Huawei executive Meng Wanzhou. Stunningly, the Prime Minister did not immediately pursue cooperation with alternative and more reliable suppliers that could manufacture vaccines.

Having placing all bets on China and failed, the Trudeau government belatedly committed CA$ 170 million toward upgrading the National Research Council (NRC) facility in Montreal to build an entirely new plant, with assurances that the upgraded facility would be up and running by November 2020, producing 250,000 doses a month. By February 2021, the government conceded that no vaccine will be coming out of the facility until the end of this year, its construction and requisite Health Canada inspections mired in delays.

When calls came from viable partners in the Canadian private sector, the Trudeau government ignored them. It ignored providing Montreal-based PnuVax and Calgary-based Providence Therapeutics with any of the CA$ 600 million from Industry Canada’s Strategic Innovation Fund it had earmarked for the research and development of COVID vaccines. PnuVax met Health Canada standards and could have produced millions of COVID vaccine doses.

These failures to establish domestic supply forced Trudeau to once again turn to foreign sources of vaccines. Fresh contracts were negotiated based on advice provided by an 11-member COVID-19 Vaccine Task Force assembled by the Prime Minister. Ottawa’s procurement ministry was caught off guard by early approvals of vaccines by its health ministry last summer, raising questions of what precisely the Canadian cabinet had been concerning itself with throughout the pandemic. Indeed, the Trudeau government only concluded deals for the large-scale delivery of vaccines in April 2021.

Serious concerns now swirl around members of Canada’s COVID-19 Vaccine Task Force for conflicts of interest with companies producing the vaccines. No transparency has been offered on the details of the procurement agreements, with details such as price, delivery, penalties, and contractual liabilities largely unknown.

Most lamentably, amidst growing domestic pressure to secure vaccines for Canadians, the Trudeau government raided the developing world’s dedicated supply. From its past status as the highest performing G7 economy, which provided global leadership in Maternal, Newborn and Child Health, Canada had fallen to one that unapologetically denied vaccines to the developing world’s women and children in the midst of a once-in-a-century pandemic.

Trudeau’s pandemic management failures aren’t limited to vaccine procurement and delivery. The Canadian economy posted its worst showing on record in 2020 on account of business shutdowns and mass layoffs. The GDP shrank 5.4 percent, the steepest annual decline in recent memory. Unemployment rose to 9.4 percent, making it one of the worst rates of any advanced economy. The Prime Minister’s finance minister Bill Morneau fell to a virtue-signalling ethics scandal, the Governor General he spirited into office fell to a bullying scandal, and Canada is now without a budget or economic plan for the longest period in the country’s history.

Foreign policy, which was never the Trudeau government’s strong suit, lumbered from one disaster to another. Despite an ill-fated partnership with China, the government has yet to take a clear position on the People’s Republic or define a set of objectives for Canada in the Indo-Pacific. Despite Trudeau’s deep flattery at the election of President Biden, the US administration’s initial hours reversed a critical energy pipeline approval, limited access to vaccines for Canadians, and shuttered Canadian companies from competing and participating in their US$ 1.9 trillion economic package.

If the Canadian government commands no respect from neither rivals nor friends, then it stands to reason a profoundly deep rethink is needed in how it assesses Canadian interests in a disrupted world.

Notably, New Delhi has already delivered the first tranche of 500,000 doses out of a total of two million, following Prime Minister Trudeau’s call to Indian Prime Minister Narendra Modi last month. It is remarkable the call was even received, given Trudeau’s penchant for training China’s winter soldiers over supporting the Quad, or condemning Indian democracy while being mute on China’s subversion of Hong Kong, or its genocide of Uyghurs.

This makes one wonder how differently Canadians would have entered this year had Trudeau displayed the foresight to strike similar deals at the start of the pandemic — advice he had been offered in May 2020. Indeed, a historic Quad leaders’ summit later this week is set to announce India’s centrality in secure vaccine supply chains for the world. In the race for vaccine supply that has turned traditional allies into rivals, this investment toward mutual cooperation among democracies is welcome news.

Canada’s experience with the SARS outbreak in 2003 and the H1N1 pandemic in 2009 gave it valuable foresight, which it ought to have leveraged by investing in, and collaborating with, global partners in research and development, logistics, and manufacturing to better manage the pandemic. Lack of cohesion between government departments was also often highlighted. Considering this was both a public health and economic priority, senior public health officials should have been made to hold public briefings alongside senior finance officials throughout the crisis.

Canada is the only G7 country whose parliament has failed to return to normalcy at precisely the moment Canadians need accountable government the most. Instead of resorting to prorogations or the suspension of regular sittings as Prime Minister, the government must recognise the role of the opposition in a democratic process in delivering more efficient and accountable government for the people.

The promise of a quick and effective vaccine for Canadians was never guaranteed, but the uncertainty involved has been compounded by the Trudeau government’s lack of clear planning, international cooperation, and poor judgement. It has been an object study of a mixture of incompetence and intransigence, whose only redeeming feature is the resilience and enterprise of the Canadian people, waiting to be unshackled from a crisis made worse by their government.

Shuvaloy Majumdar is Programme Director and Munk Senior Fellow for Foreign Policy at the Macdonald-Laurier Institute.