Canada’s plan to counter foreign interference is a good start, but the work’s not done: Marcus Kolga in the Globe and Mail 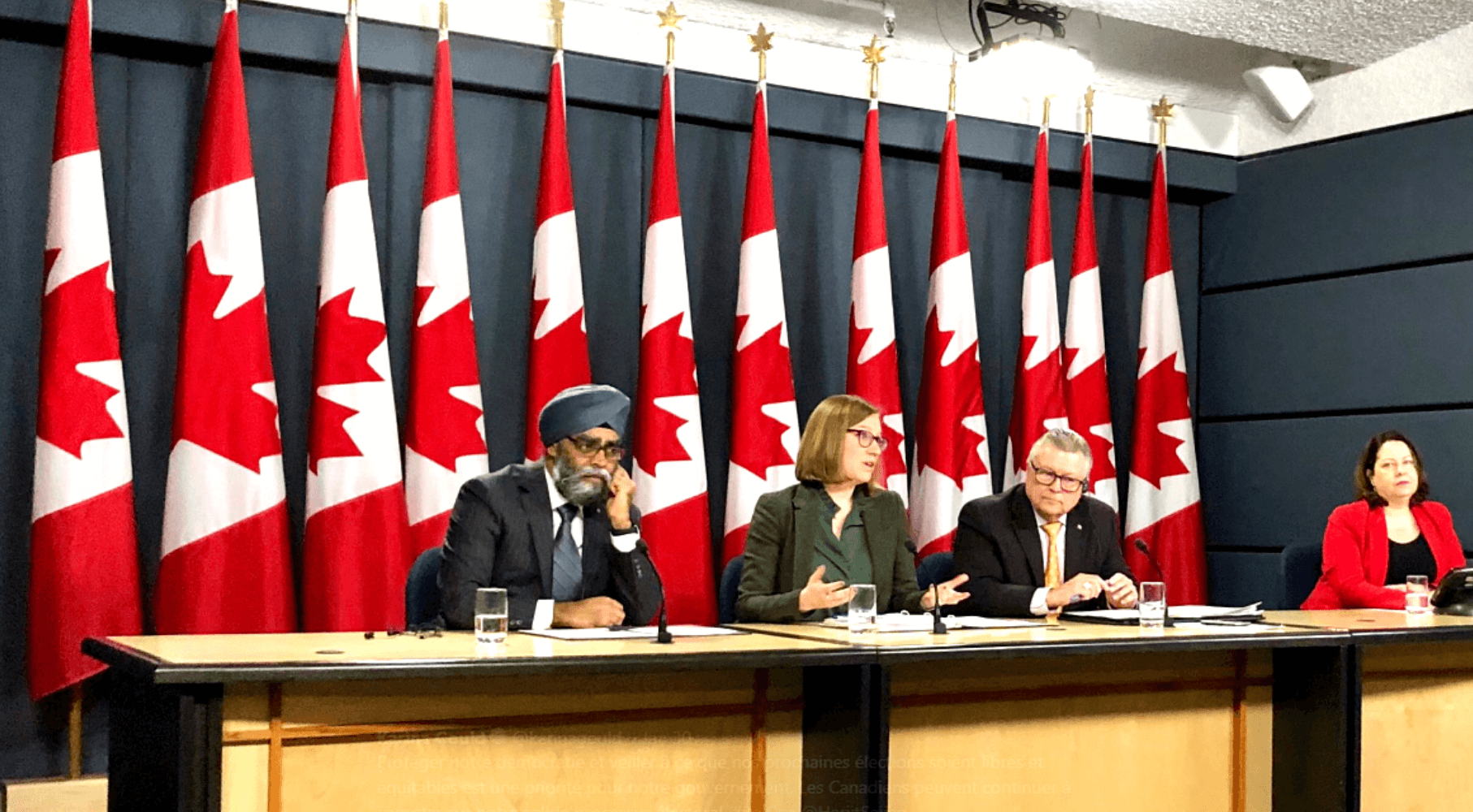 Measures announced last week by the Liberal government to address threats of foreign interference and disinformation targeting Canadian democracy are a welcome start, but effective co-ordination and a transparently non-partisan implementation strategy are still needed to protect our democracy, writes Marcus Kolga.

For Western nations, the threat of foreign interference doesn’t just mean bad actors working to affect the outcome of an election, but also the systematic undermining of our democracy by sowing discord and breaking down trust in our institutions, media and society. And with a federal election looming, Canada needs to know that it is a target for the kind of attacks we’ve already seen in Europe and the United States in recent years.

Russia, for instance, has plenty of incentive to influence our national debate, especially on issues such as the disintegration of the NATO alliance, eroding Canadian support for Ukrainian sovereignty in Crimea and repealing Canadian Magnitsky human-rights sanctions legislation.

While the Kremlin may not have an obvious champion in the coming federal election, attempts to amplify narratives that threaten to divide Canadians, such as those which promote anti-immigration and anti-globalism on both the right and left, will intensify. Similarly, the ongoing targeting of critics of Russian President’s Vladimir Putin’s regime – MPs, candidates, ethnic groups, NGOs and other prominent activists – will likely escalate, as Russia seeks to discredit them and their positions.

Measures announced last week by the Liberal government to address threats of foreign interference and disinformation targeting Canadian democracy and elections set a very good foundation for defending Canadian democracy against malign foreign interference. But the ambitious whole-of-government strategy will require complex, high-level co-ordination in which some vulnerabilities yet exist.

Regulations and specific details about how to curb the spread of disinformation on social media, for instance, are missing from the plan. These platforms have demonstrated a lack of commitment to counter attempts by foreign actors to spread propaganda. Canada could follow Germany’s example by regulating social media and holding them legally accountable for the removal of fake accounts and news. Adjusting platform and search algorithms to minimize the promotion of disinformation from known sources is also required.

One of the most important features of the government strategy is funding for digital-media literacy awareness in efforts to promote critical thinking when consuming news from various social-media platforms. Encouraging Canadians to diversify their media consumption and to do so through a critical lens will help build a healthy media environment that is resistant to the threat of foreign disinformation. It’s an uphill battle, but we need to start somewhere.

The government’s proposed national task force, made up of Canada’s major law-enforcement and intelligence agencies, should also provide the effective monitoring and analysis that is required for an effective counter-disinformation campaign. The task force will alert other senior officials, as well as a “critical election incident protocol group,” which is tasked with deciding when to inform the public of attempts to directly interfere with our elections.

But a much-needed “early warning” system that speaks to the broader public is needed, too. Canada should consider following the European Union model, where alerts and weekly digests of disinformation campaigns are published on an official website called “EU vs Disinfo” to “forecast, address and respond to pro-Kremlin disinformation.” By working with our allies in NATO and the G7, as well as civil-society groups and activists in Canada, such pre-emptive systems can be developed to alert Canadians to current disinformation and other forms of cyberattacks.

Raising awareness of NGOs that represent foreign interests, as well as their domestic supporters, must also be a core government priority, so that Canadian media, policy makers and the public can make informed choices on important issues.

Finally, the government response includes advising federal political parties about security protocols and disinformation, but this will require significant involvement in order to build trust and eliminate any doubt about partisan intent. And if they fail to do so, the stakes are high: Foreign and domestic disinformation actors can seize on these uncertainties in their efforts to break down trust in our system.

The granting of high-level security clearances for representatives from each federal party is a good first step too, but it is vitally important that federal party representatives also meet with each other on a scheduled basis, like in the German system, in order to maintain ongoing understanding and to reinforce overall trust, both during and beyond the writ period.

The government’s strategies are a welcome start. But their success and our democracy depend on effective co-ordination and a transparently non-partisan implementation strategy – as well as additional measures to keep Canadians alert to all attempts to interfere with our democratic processes.

Marcus Kolga is a documentary filmmaker, human-rights activist and Russian disinformation expert. He is a senior fellow at the Macdonald-Laurier Institute Centre for Advancing Canadian Interests Abroad.