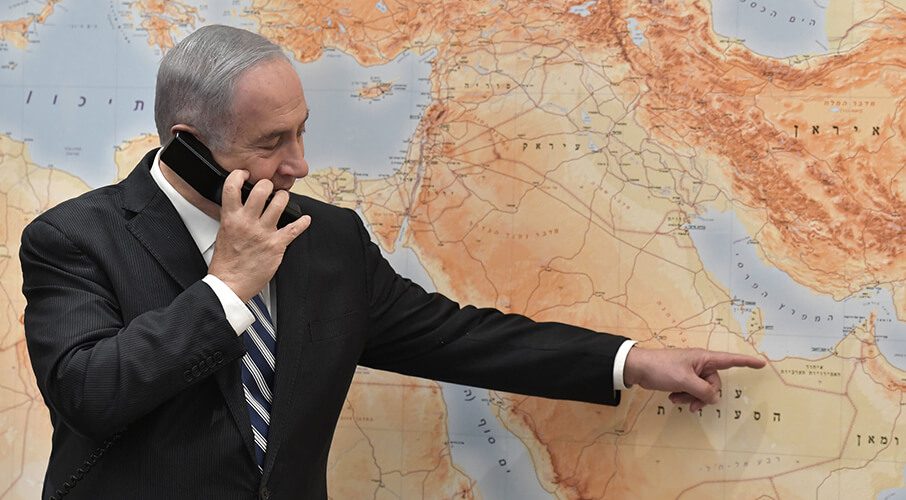 Israel and the Arab world are ready for Canada to take responsibility and play a leading role in this potential new Middle East. Canada and other like-minded states must seize the opportunity and build upon it, for the benefit of all. Failing to would be a pity for peace and prosperity, in the region and beyond, writes Michal Cotler-Wunsh.

The United Arab Emirates (UAE) and Israel recently agreed to a peace accord, called the Abraham Accord, which if signed would make the UAE only the third Arab country (after Egypt and Jordan) to finally make peace with Israel. This represents a truly monumental shift to the existing structures and paradigms relating to the Middle East.

Since the reestablishment of the State of Israel in 1948, the Arab world has refused to acknowledge the right of the Jewish and democratic State to exist and prosper within their midst. The paradigm has always been exclusionary, of “us or them” of “Jews or Arabs,” with the Palestinian people playing a central role in this seemingly intractable conflict. According to this narrative, Israel’s very existence as a Jewish and democratic state is the hurdle to peace in the Middle East, regardless of borders or boundaries.

With both financial and diplomatic support from the West, including Canada, the Palestinian leadership has advanced this narrative of prolonged conflict and rejectionism for over 70 years. Continuous Palestinian terror, whether it be car rammings, stabbings, shootings, or fire-bombing kites, is met with mundane condemnations at best, and passive acceptance at worse.

By ignoring these violations, the international community and its institutions – entrusted with upholding, protecting, and advancing international law and rights – enables these very instruments to be used and abused, creating a culture of impunity. This acceptance of hate and rejection of peace has until now been the sad but mainstreamed norm by most, stripping the Palestinian people themselves of agency.

Yet, the announcement between the UAE and Israel challenges this position, demonstrating that regional peace is possible when mutual interests exist. The agreement clarifies that in order to look beyond conflict and reap the benefits of normalization with any state, including the Jewish State, regional security and stability, mutual economic interests, and social welfare of all peoples must be guaranteed. In so doing, the UAE-Israel agreement sets a positive precedent for others to follow – one that moves away from rejectionism and towards acceptance. Following suit, there are rumours that Bahrain, Oman, Sudan, and more may follow UAE’s lead.

For Canada, this agreement marks an important opportunity and responsibility given the country’s niche foreign policy interests in promoting peace, equality, and human rights around the world. By insisting upon these positive values, Canada too can take an active role in encouraging countries to establish new ties with Israel based on mutual commitments and responsibilities, rather than continuing to promote a Palestinian narrative of prolonged conflict as the central focus of its Middle East policy. It must be made clear that peace and normalization is the preferred policy option and that continued rejectionism undermines the possibility of this change.

The potentials of this paradigm shift – both locally and internationally – are historic. Locally, by focusing more attention on the individual populations and their interests, and less on the self-interested leadership, there is hope of peace, stability, and regional prosperity. Internationally, new business partnerships can be established as the Middle East identifies the opportunity to stabilize and begins working together in new areas. Canada’s growing high-tech industry is an obvious potential beneficiary of such partnerships.

Israel and the Arab world are ready for Canada – the founder of the Responsibility to Protect human rights doctrine, of the notions of human security, and the leader of countless peacekeeping missions – to take responsibility and play a leading role in this potential new Middle East. Canada and other like-minded states must seize the opportunity and build upon it, for the benefit of all. Failing to would be a pity for peace and prosperity, in the region and beyond.

Michal Cotler-Wunsh is a Member of Knesset in the Blue and White party in Israel. Writing for the Macdonald-Laurier Institute, she grew up in Montreal and holds an LLM from McGill University.